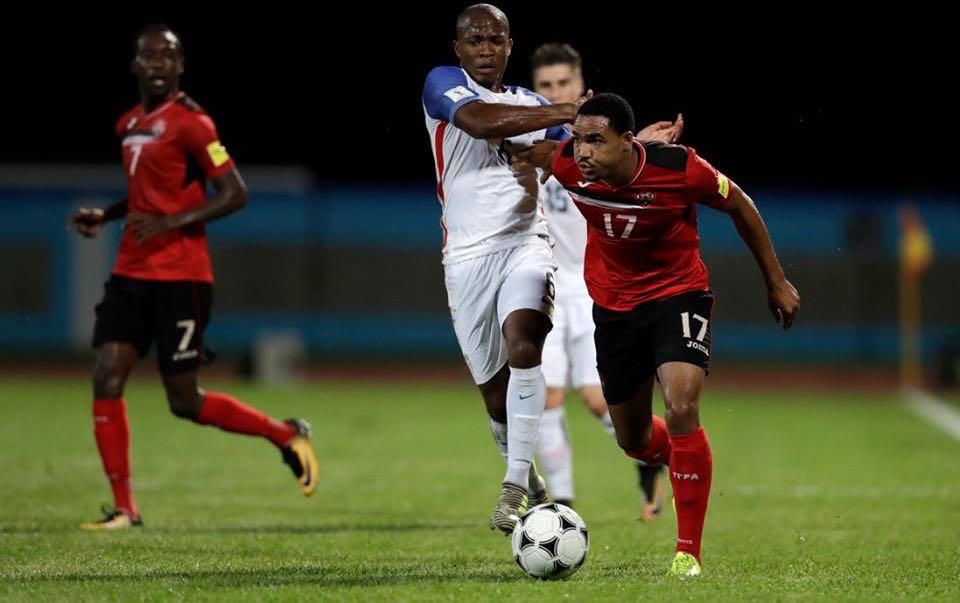 Retribution was the feeling 23-year-old Alvin Jones got after scoring the winning goal against the United States, on October 10, in their 2018 FIFA World Cup CONCACAF Zone Final Round qualifier at the Ato Boldon Stadium, Couva.

Trinidad and Tobago prevailed 2-1 in the match, a result which saw the US fail to make the World Cup for the first time since 1986.

“My father, Kelvin Jones, was on the national team when USA knocked us out (of) the World Cup in 1989 so I feel a sense of vindication when I scored that winning goal this time around,” Jones said about one of his glory moments of his career thus far.

Coming from a football home, ever since he was young, the sport was instilled in Jones and his two older brothers, one of whom, Joevin, plays alongside him on the national team.

His other brother Marvin, is a member of Defence Force’s Pro League team.

Jones said, “My father always wanted us to be footballers.”

And it was at age 18 when he got his first big break when he started playing for W Connection. The defender had his share of disappointments having been overlooked by both Seattle Sounders and Kansas City in the American MLS.

“It taught me life is full of disappointment. You just got to get up and try again,” Jones said during a recent interview.

Coming from a family of footballers, things can get a little competitive at times. Jones had this to say about his brother Joevin.

“He’s always motivating me and pushing me, but I see competition. I want to achieve just as much or even more than he has accomplished.”

Currently Jones’ mission is to get signed to a club overseas. A big Arsenal FC supporter, the former W Connection captain believes that, for Trinidad and Tobago to qualify for the 2022 FIFA World Cup in Qatar, one of the major steps will be to return to the top of CFU (Caribbean Football Union).

According to Jones, “Once we can conquer the CFU it will prepare us for the big leagues.”

A past student of East Mucurapo Secondary, Jones sees it as necessary to give back to the youths of both his alma mater and hometown of Carenage by becoming a professional coach or getting involved in programmes, both in schools and camps.

When he’s not aspiring to becoming the next Alexis Sanchez (the Arsenal and Chile striker), Jones finds time to relax, either out fishing or putting a few balls on the golf course.

Jones always wants to be growing and improving his game.

“Playing against USA was one the toughest games yet and I want to be able to top that performance,” he said.

Jones credits a lot of his success to his father and brothers and he only hopes to continue to learn from them as he aims to be the best he can be.