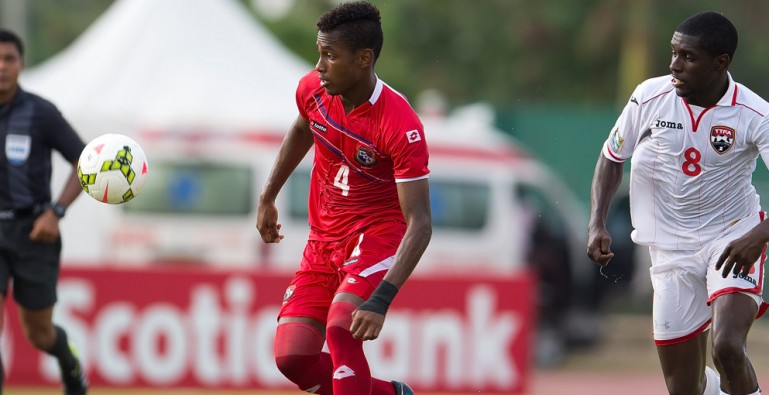 Midfielder Neveal Hackshaw is ready to make a good impression on national team head coach Dennis Lawrence as he gets his first opportunity to play under the former Everton man in the upcoming friendlies against Grenada and Guyana.

Hacksaw has not been in the national selection since the departure of Stephen Hart, which meant he missed the better part of the final round of World Cup qualification. But the former North East Stars player continued to stay active and made 19 appearances for the Charleston Battery in the 2017 United Soccer League (USL) season. He recorded 33 interceptions and had 12 key passes while winning 115 of 205 duels in the regular season, according to the club stats.

“It feels great to have gotten called up to the national team again and an even greater joy to be able to represent my country. I missed being part of the squad for much of the year and hopefully now I can make a good impression and a contribution to the team going forward,” Hackshaw said.

“I am hoping to be a good asset in the middle of the pitch.” Hackshaw is a past national under 20 captain, guiding the team to the CONCACAF Final round a couple years back under head coach Derek King, and has made six senior team appearances.

Commenting on his season with Charleston Battery, Hackshaw added, “The season was a great one. There was a lot of fight and togetherness in the team and we gave it our all to eventually finish second but unfortunately we only made it to the quarter finals of the playoffs. Generally it was a productive season and I’m thankful for the way things went.”

T&T faces Grenada today at 6pm at the Ato Boldon Stadium and will be looking for an impressive win as they seek to end the year on a high.