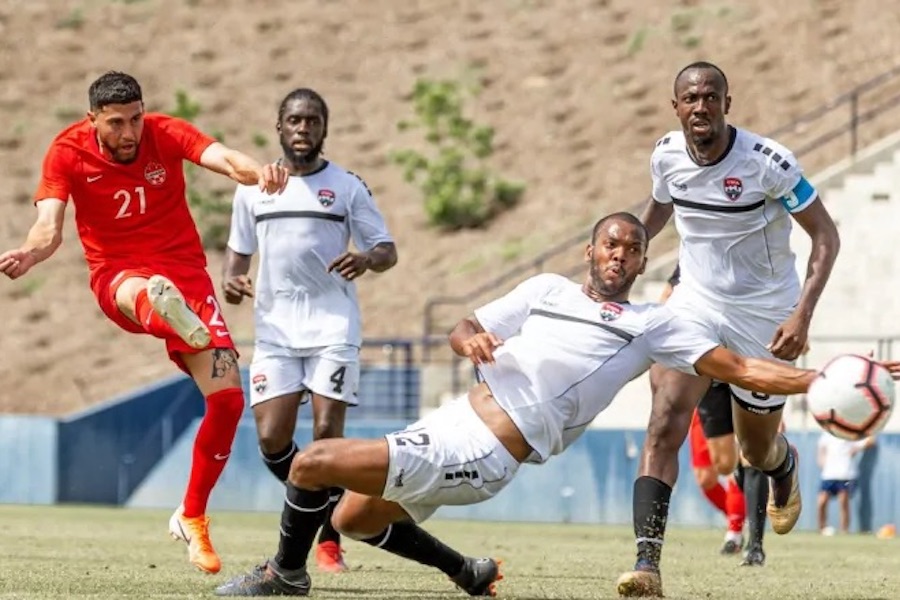 Scott Arfield scored two goals to lead the Canadian men's soccer team to a 2-0 victory over Trinidad and Tobago in a closed-door friendly on Monday.

The friendly was a tune-up for the Gold Cup, which begins in various cities in the United States on Saturday.

The continental championship, which covers North and Central America and the Caribbean, comes ahead of CONCACAF Nations League Group A play in the fall.

Canada is ranked 78th in the current FIFA rankings, while Trinidad and Tobago is 93rd.

Canada opens the Gold Cup on Saturday against Martinique at the Rose Bowl in Pasadena, Calif.

Canada is in a group with Martinique, Cuba and Mexico.

The top two teams in the group will advance to the quarter-finals.

Trinidad and Tobago conceded goals on either side of the half as they fell 2-0 to Canada in their final Warm up ahead of the 2019 Concacaf Gold Cup in Monday’s international friendly played behind closed doors at the Titan Stadium in Cal State Fullerton.

Canadian captain Scott Arfield who plays for Glasgow Rangers gave Canada the perfect start with a neatly taken volleyed strike in the 5th minute and he sealed the win in the 90th minute with another fine effort past substitute goalkeeper Greg Ranjitsingh.

T&T created quite a few chances and had only themselves to blame for not getting on the scoresheet. Winchester had two misses in the first half while Molino also directed a right footer over bar from atop the penalty box before the break. Garcia came on in the second half  and fired one high across the goal from a tight angle after beating his man near the touch line deep in the box.

T&T lost defender Carlyle Mitchell in the first half after he complained of a groin problem.

There were some positives for Lawrence as he indicated in the post-match interview.

“I was very, very pleased with a lot of the aspects,” Lawrence told TTFA Media.

“ I was a bit pleased especially in the second half with the way we managed the game. We got ourselves in a lot of good attacking situations but again we didn’t manage to convert. All in all it was a very pleasing exercise for us,” Lawrence added.

The T&T boss did say he hoped to have used more players in the match.

“I was just a bit disappointed with the way the rules were used. We were only allowed to use six substitutions and we were planning to give everybody a game today. We wanted to play some people for 45 minutes but we were not able to do that today but all in all it was a pretty good exercise for the boys.

“It was important for these boys. Molino last played on the 2nd and Joevin has been coming on for his club since he got there. Ranjitsingh has not been playing so we felt it was very important that they got some minutes that we gave them some minutes in this training exercise. They did well. Molino managed to get through 90 minutes which was good for us. Ranjitsingh I thought did well when he came on and Joevin we can still see he needs a little bit more but we have still got some days to try make up the ground.

“The main important thing for us is to recover. One of the sour points today for us which we were very concerned about coming back from Japan was any injuries. Carlyle picked up something slight and I’m hoping it’s nothing series so it remains about recovery,” Lawrence concluded.