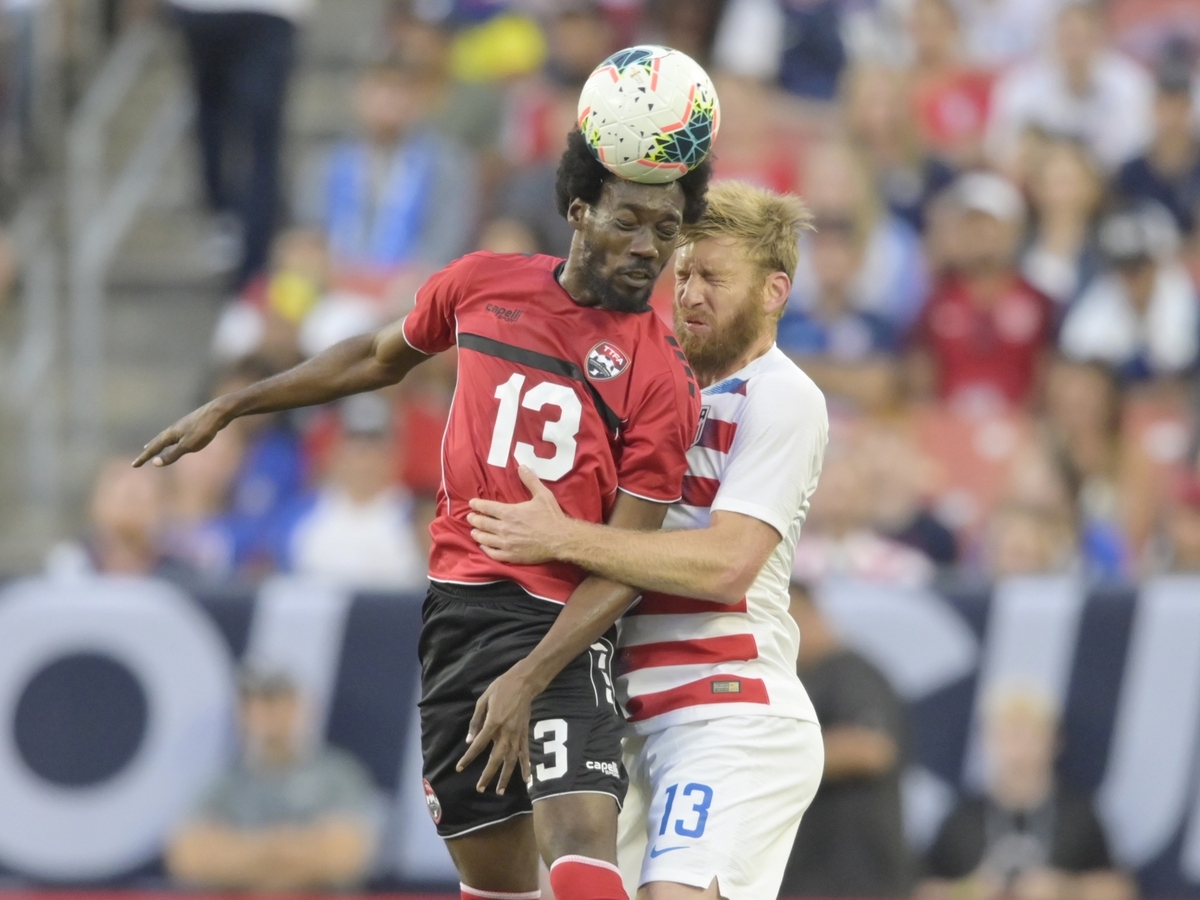 Gyasi Zardes scored two goals in a three-minute span in the second half and the US men’s soccer team earned a small sample of revenge with a 6-0 blowout in the Concacaf Gold Cup on Saturday night over Trinidad and Tobago, which handed the Americans a nightmarish loss two years ago.

Aaron Long scored his first two international goals, and Christian Pulisic and Paul Arriola had one each during a five-goal barrage in the second half. The US cruised to its second shutout this week and clinched a quarter-final berth in Philadelphia on 30 June.

It was the first matchup between the US and Trinidad and Tobago since 10 October 2017, when the Americans, needing only a tie to qualify for the 2018 World Cup, lost 2-1 to the Soca Warriors.

The embarrassing defeat snapped a streak of seven straight World Cup appearances by the Americans and triggered a top-to-bottom overhaul of the men’s program, which has operated in the imposing shadow of the powerful US women, seeking their fourth world title in France.

There would be no repeat performance by this revamped US team. The Americans posted their most lopsided win since beating Honduras 6-0 in a World Cup qualifier on 24 March 2017, when Pulisic also scored and had a pair of assists.

With the US leading 1-0 on Long’s goal in the 41st minute, Zardes scored from right in front shortly after US goalkeeper Zack Steffen made a diving save to stop Trinidad from tying a match the Americans dominated.

Michael Bradley chipped the ball from the left side to a charging Nick Lima, who headed the ball to Zardes in front. The American striker only had to guide it by Trinidad keeper Marvin Phillip in the 65th minute. Two minutes later, Zardes buried a hard shot from the left side for his 10th international goal and second two-goal game for the Americans.

Zardes nearly completed a hat trick, but his low shot from up top in the 70th minute hit the left upright.

Next up for the Americans is a matchup with Panama on Wednesday in Kansas City, Kansas. The Panamanians improved to 2-0 in Group D of the 16-team tournament with a 4-2 win over Guyana, also clinching a quarterfinal berth.

On a picture-perfect night along the shores of Lake Erie, the American team controlled possession and tempo while thoroughly outplaying T&T, which was blanked 2-0 by Panama in its opening match and was eliminated.

The Soca Warriors were content to sit back and let the US attack, hoping to spring counters. They nearly connected in the 61st minute as Cordell Cato eluded three defenders on the right side and hit teammate Levi Garcia in stride. But Garcia’s shot was high and wide, a close call that prompted a collective gasp from the US faithful.

The Americans then took over, flashing offensive firepower from all angles.

It was another step forward for the American side, which includes only six players remaining from the roster in Trinidad two years back.

Prior to kickoff, US players insisted they were not motivated by revenge following the devastating 2017 loss. However, it remains on the minds of American fans jolted by not seeing their team play in Russia last summer.

US coach Gregg Berhalter stuck with the same starting lineup he used in the opener over Guyana but gave the captain’s arm band to Steffen for the first time. Bradley captained the Americans in the opening 4-0 win over Guyana.

Long, who plays in the MLS for the New York Red Bulls, put the US ahead off a beautiful feed from the left side by Pulisic.

Shortly after the US were awarded a free kick, the Americans kept pressing and maintained possession in Trinidad’s half before Pulisic spotted Long inside the 6-yard-box and delivered an arching pass to the forward, who left his feet, connected and drove the ball past a sprawling Phillip.

The score touched off a flag-waving celebration behind the goal by red-white-and blue clad US fans, who have been anxiously awaiting their team’s chance at some redemption.

They got a little.