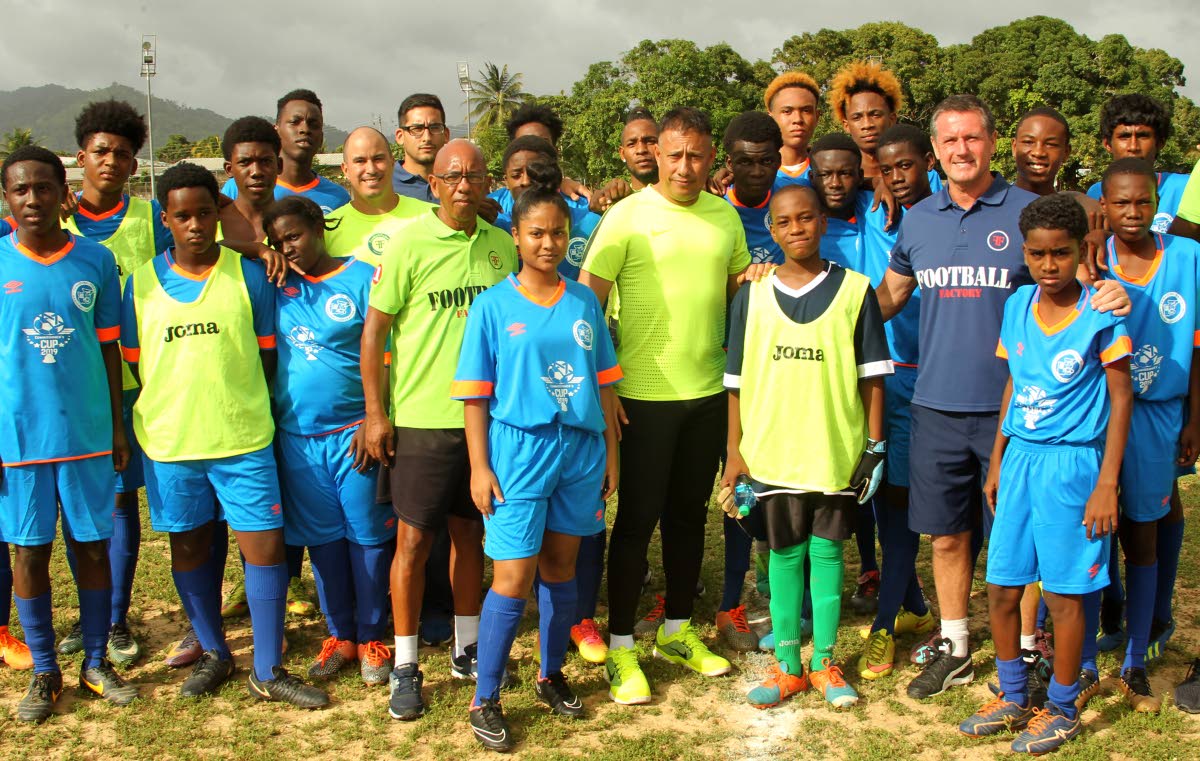 FOOTBALL Factory technical director Terry Fenwick yesterday said emphasis must be placed on youth development if T&T is going to compete successfully at international football tournaments such as the Concacaf Gold Cup.

Fenwick, a former England defender who played for clubs such as Tottenham Hotspur and Crystal Palace, underscored this point at the launch of the Commissioner’s Cup at the Mickey Trotman Ground, Pinto Road, Arima.

Fenwick told reporters the Football Factory is hoping to unearth some of the great football talent in T&T.

“T&T has got some fabulous talent on the ground. Some never get to the forefront because they are missed.” As the tournament takes place from July to August, Fenwick said the Football Factory will be out there “eyes peeled.” He added “ Already we are seeing some great talent out there.” On T&T’s exit from this year’s Concacaf Gold Cup in the United States, Fenwick said the development of local football has “got to start at the grassroots”. He explained, “ We got to have structure and we’ve got to have top coaches at every position so when the kids come to these competitions, we compete.”

Fenwick added, “At the moment what we’re seeing is national sides which are not competing. They’re just turning up. That’s got to change.”

He did not comment on the debate about whether national coach Dennis Lawrence or T&T Football Association (TTFA) president David John-Williams were to blame for what happened at the Gold Cup..

He reiterated, “More importantly, what we’re looking at is the kids of T&T.” After saying football’s worldwide impact cannot be ignored, Fenwick said, “We can’t allow our administration and coaches to negatively impact the possibilities for these kids.” Fenwick previously said the TTFA should be held to account for what happened at the Gold Cup. He also said Lawrence has had a difficult time as coach and the team seemed to be under pressure all the time.

Fenwick was optimistic the Cup would become an annual event and an opportunity for young people to get football scholarships or play for T&T. He agreed with Commissioner of Police Gary Griffith that the Cup was a game changer in communities in T&T.

Griffith observed that countries such as Panama and Venezuela have invested in the development of football at youth level. He said T&T needed to follow that model if it is to compete successfully at the international level. Griffith said the Cup has been sanctioned by the TTFA and former national player Kenwyne Jones is among the people involved in promoting it.