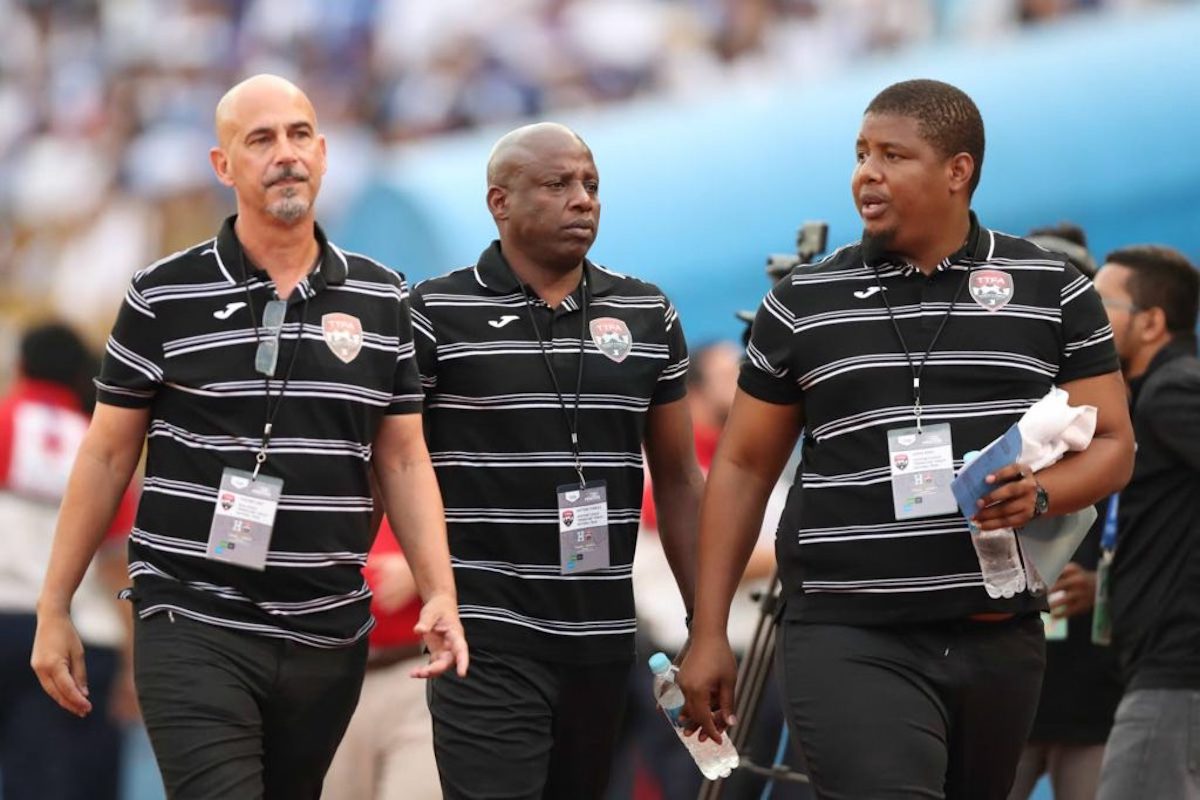 At a High Court ruling yesterday, Justice Eleanor Donaldson-Honeywell ordered the TTFA to pay Hart $5 million. The association did not provide a defence.

Hart was fired in November 2016 after a three-year tenure under the current TTFA president David John-Williams. He led the team to the knockout stage at the 2013 and 2015 Gold Cups. T&T were 78th in FIFA’s world rankings under his leadership. The team is now ranked 93rd.

His dismissal came just after T&T began the final round of Concacaf 2018 World Cup qualifiers, falling 0-2 to Costa Rica and 1-3 to Honduras.

Many local football fans questioned the decision and found it unjust as no proper explanation was given.

Speaking with Newsday yesterday afternoon, Jones said, “It (playing under Hart) was wonderful. At different stages of your life and career, you find niches with team-mates, coaches, personnel, and I think at that time he came in at the right time to breathe fresh, new life into TT football.”

Asked for his thoughts on the court ruling, he said, “I would say justice. I think he definitely deserves his payment for wrongful dismissal. The entire scenario was a bit sketchy but it wasn’t a surprise to me because from the moment the elections passed and we had a new president, we started running into problems off the field.”

Jones continued, “So, in the end I’m happy to see that he’s successful in this judgment and, in the end, maybe the ends don’t justify the means but at the same time, we also lost a great son of the soil in the coaching capacity for TT.”

Within Jones’ 17 years as a professional footballer, he represented the senior men’s national team between 2003 and 2017 and was part of the squad that qualified for the 2006 FIFA World Cup in Germany. Locally, he has played for clubs like Joe Public and W Connection, and he also played for international clubs including Southampton FC, Sunderland FC, Stoke City FC, Cardiff City and AFC Bournemouth.

During a rough patch in 2016, the striker received a lot of criticism from the public, but was defended by the head coach. Following Hart’s dismissal, the TTFA hired Belgian Tom Saintfiet, who resigned after 35 days. The team earned one win and three losses under his leadership.

Asked what he thinks of the current administration, Jones said, “I try to stay away from the noise. I think a lot of people have a lot of different grumbles towards the new association.

“I think the evidence is there for everyone to see what is going on. Also, I think there are a lot of underlying issues because as a past player I think our entire association – not necessarily meaning the current administration or the administration to come is at fault. For quite a long time, our federation hasn’t been run properly.”

He said the association is “falling down” in many areas, including implication of policies and protocol. He believes the downfall of T&T football was a “long time coming.”

“But since then, I don’t think the nation as whole has moved into proper development in all areas of football players and sportsmen and sportswomen in the country.”

Hart coached T&T for 43 matches, leading them to 16 wins, nine draws and 17 losses. Current head coach, Lawrence, has struggled to string together favourable results and holds a record of six wins, eight draws and 20 losses in 34 matches. The most recent win was against Anguilla – one of FIFA’s lowest-ranked teams – who were demolished 15-0. And the most recent loss was, on Sunday, when Honduras won 4-0, ending the team’s Concacaf Nations League campaign.

Asked if the TTFA boss’ explanation had been sufficient, Jones said, “To be honest, in life, I think sometimes the things we say when we want to commit whatever actions that we deem necessary, we tend to justify it at that point and then later on, life is so funny that it proves you otherwise.

“The downfall of our football didn’t just happen this year or last year. The overall output of the association in terms of the development of football needs to be better.”

John-Williams will be aiming to retain his presidency at the association’s elections on November 24. He will go up against Secondary Schools Football president William Wallace and owner of Terminix La Horquetta Rangers Richard Ferguson.