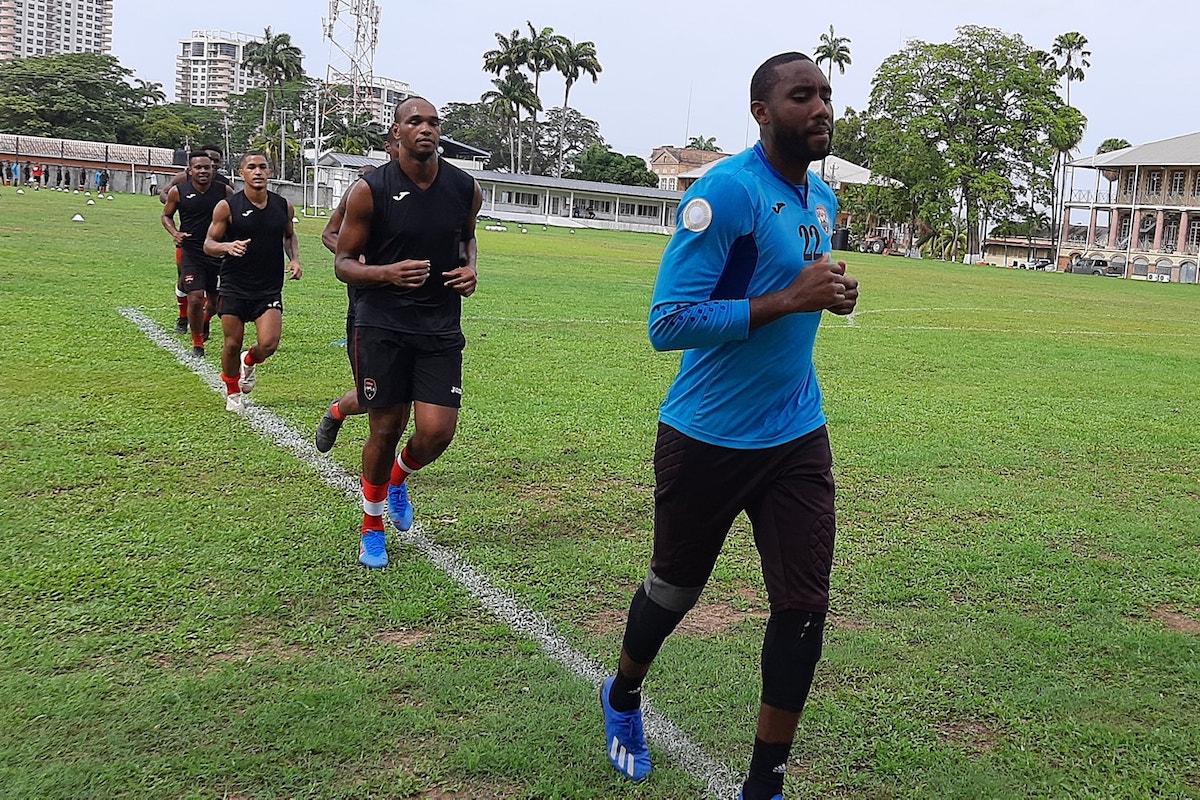 T&T men’s football team goalkeeper Adrian Foncette said the training camp currently taking place is crucial for the local-based squad as they need to be ready when tournaments resume.

Foncette is enjoying the time back in training since covid19 measures started to be relaxed. The national team resumed training four weeks ago at the Police Barracks Ground in St James.

Foncette, 31, who has 15 caps for T&T, spoke to the media following a session led by coach Terry Fenwick, which included more than 35 players.

The Police FC goalkeeper said, “To be honest and to be fair, it is just good to get the ball rolling again. It is good to play some football. It has been over three months since we have not been able to do anything based on the situation going on worldwide. It is good that he (Fenwick) was proactive in his decision to get the national team back training and to get football back going…with this here I think it is a breath of fresh air.”

Foncette, who is one of the more experienced players in training, said the training camp has a lot of young talented players and everybody has a positive attitude.

Asked if it is a strange feeling training when you are uncertain when the next competitive match is, Foncette said, “You could look at it both ways. You don’t want to look at the negative side of it as we just training for training sake at this point in time. As I said before it is good to get the ball rolling again, it is good to be playing football because it does not make sense not playing football and then push come to shove next week or next month we have international games and then you unprepared for it.”

Foncette said he is counting on the return of local club football.