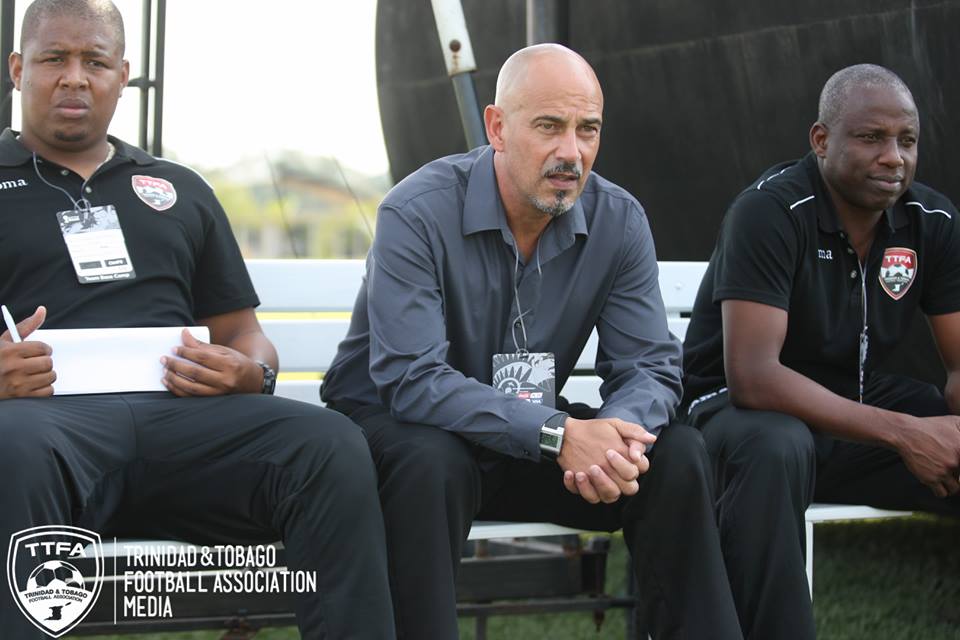 T&T's Soca Warriors will have a good chance of easing the tension caused by the ongoing feud between the T&T Football Association (TTFA) and FIFA, the sport's world governing body, with an opening CONCACAF Gold Cup qualifying match against Montserrat.

Should they advanced from that preliminary match in July, then they face a more-challenging Cuban team for the right to be included in the main draw which comprises four groups of four teams each.

On Tuesday, the former national coach Hutson "Baba" Charles said there was no surety the Soca Warriors would advance, considering the state of T&T football in recent times.

The former midfielder said, "In the last few years, T&T would have beaten Montserrat by six, seven or eight goals easily but now times have changed. The COVID-19 is also preventing sporting activities from taking place in T&T, while there are football playing everywhere else, and the fight between T&T and the FIFA over the legitimacy of a normalisation committee replacing a democratically elected administration, one does not know what to expect on the field."

Charles, who celebrated his 55th birthday on September 16, believes if T&T is to field a team, it would comprise mostly of players who ply their trade overseas, saying: "There has been no football in T&T so the local players will find it difficult to make it on the team."

Coach Terry Fenwick has been in training with an all-local squad for the past months, and according to his manager Basil Thompson a couple of months ago, the players were all eager to take the field ahead of the FIFA World Cup qualifiers which were scheduled to begin in October but will now take place next year.

He told Guardian Media Sports after the draw on Monday night: “We need some positives in T&T football away from the politics that is being played out between the United TTFA and FIFA and I’m just hoping that we get a draw that we can plan ahead, prepare properly and the boys will look forward to playing.”

A former outstanding playmaker with the Defence Force, Charles said that should the T&T team progress in the opening Montserrat encounter, the local team will have an even more challenging match against the winner of the Cuba/French Guiana game.

T&T faces Montserrat in one of six preliminary matches with the other matches being: Haiti vs St Vincent and the Grenadines; Guatemala vs Guyana; Cuba vs French Guiana; Guadeloupe vs the Bahamas; and Bermuda vs Barbados. The winners of each match will come up against each other in a round two play-off and the top three teams will advance to the main draw.

However, Charles is uncertain whether T&T will get the chance to play football with the TTFA challenging a suspension by FIFA, last week. He also expressed concerns over the TTFA's decision to file an Injunctive Relief in the Court of Arbitration for Sports (CAS) in Switzerland, as well as put the fight against the FIFA back in the T&T High Court.

Charles believes that regardless of how the court rules in T&T, it would affect the national team's chances at the Gold Cup.

Matchup #1: Haiti vs St Vincent and the Grenadines