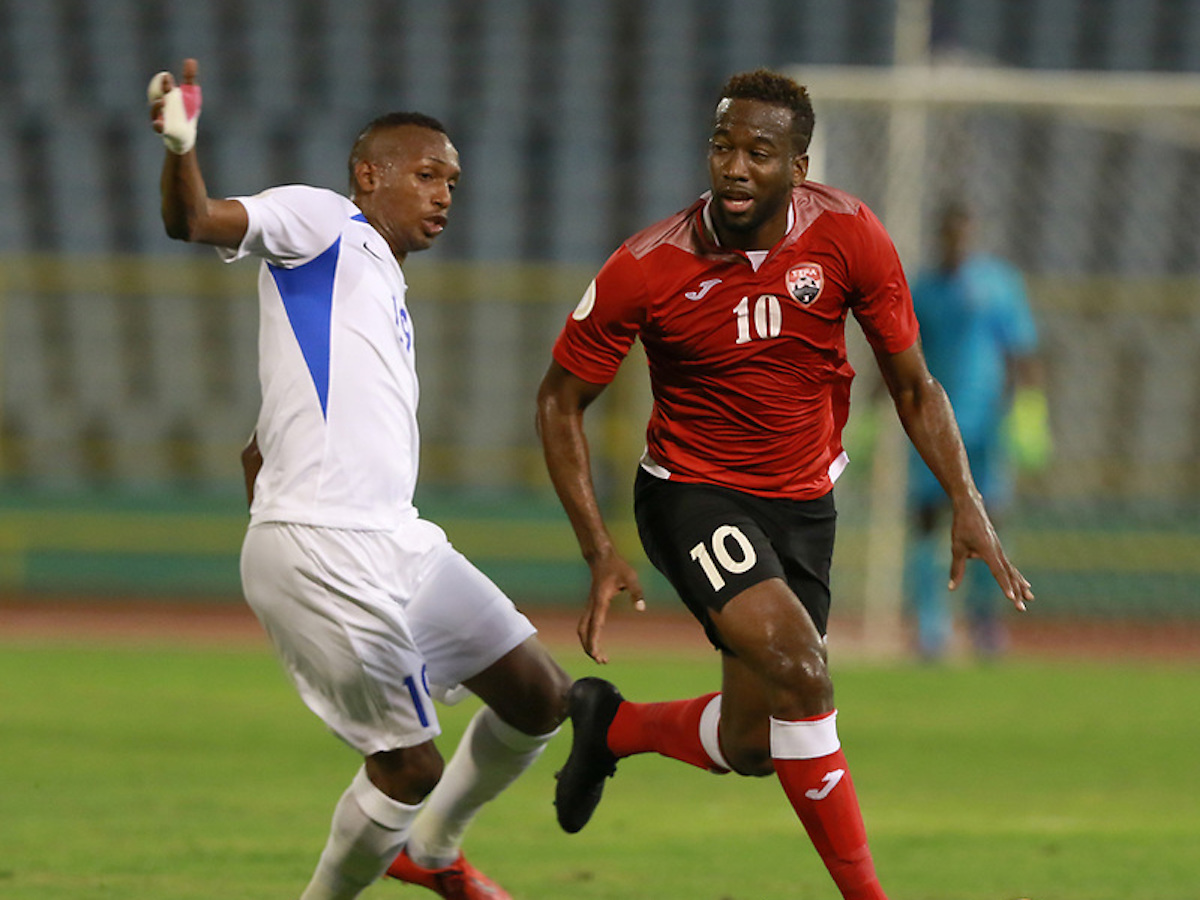 IF the TT Football Association (TTFA) is unable to get its house in order before the start of the Concacaf World Cup qualifiers in March 2021, talismanic midfielder Kevin Molino plans to omit himself from national senior team selection.

The US-based Minnesota United footballer believes T&T’s players have “suffered” for the past decade, under several administrations, and is considering watching the upcoming World Cup qualifiers from the stands, if the local fraternity does not improve its business affairs. Molino returned to the US in January but carefully followed the legal dilemma between the TTFA and FIFA which resulted in the former being indefinitely suspended, on September 24, by the sport’s global governing body.

The eight-month feud between the two organisations saw much division within the ranks of the local association. The dispute climaxed with the TTFA membership voting in favour of the normalisation committee and agreeing to revoke all legal claims against FIFA.

In the end, FIFA’s removal of the William Wallace-led administration and appointment of a normalisation committee, in March, to run T&T’s football affairs was made official and the FIFA-ban lifted, on November 19.

Molino, however, is cautious of his next step. His future, as arguably T&T’s most decorated midfielder of this era, hangs in the balance of the TTFA’s dawning decisions.

With an impressive 11 goals and four assists to his name from the 2020 Major League Soccer (MLS) season thus far, his potential absence in the red, white and black for the upcoming qualifiers would be a devastating blow to T&T’s chances.

“The people at the top have to do things right. If they don’t do things right, I don’t see myself being a part of the team (for the qualifiers) and that’s my honest opinion. I’m not going to say this now and do something else later on. I would like to continue playing but only if things are done the right way,” he said.

Molino continued, “As players, we suffer a lot. We’ve been struggling for over a decade and now we need to do things right for the betterment for the game. Once they make the right decisions and look after the most important asset of the team, the players, I’m open to be a part of the team.”

The creative attacker thinks players should not have to worry about financial and administrative transparency while on national duty. According to him, national representatives must enter tournaments with a clear competitive mindset to increase player efficiency.

Internal off-field issues can only bring harm to an individual player, and by extension the team. He also believes once these distractions are removed, T&T can easily regain its position as one of Concacaf’s top-ranked teams.

“It would be great to just be able to come into a game and think about performing and coming to train and not thinking about the things outside. Once we can do that, and be professional about everything, I don’t see why we can’t compete against the top teams once more,” he added.

Molino said he was deeply hurt when T&T was banned by FIFA. At 30, Molino accepts his professional career may soon be over in the next couple years.

While adamant to exclude himself from national team selection if no real change comes to the TTFA’s operations, he still expressed desire to drape himself in national colours once more, more so, at the 2022 World Cup in Qatar.

Previously, Molino represented T&T at the World Cup qualifiers in 2011 and in 2015/2016. Throughout his international career, he helped T&T lift the Caribbean Cup in 2012 and 2014, was ousted in the quarter-finals of the 2013 and 2015 Gold Cup, competed at the Concacaf Nations League in 2019 and played an array of friendlies.

To ensure continuity for himself and other seniors, especially the youths, he wants all administrative issues ironed out for the overall development of this nation’s future stars.

“This is about preparing the younger generation of national players. I’m almost on my way out. These changes need to be made, not for the seniors, but for the youngsters who are coming up. It’s important that we put things place now as it’s crucial for our progress,” he said.

Although stern with his words, Molino anticipates a return to national duty and the possibility of achieving his dream World Cup debut.

“My dream to play at the senior World Cup will never change. There’s no other feeling like walking out to your national anthem and seeing your people in the stands cheering you on. It’s almost unexplainable. The emotion, the passion.

“I was happy when I heard the ban was lifted. I saw this as an opportunity for all of us to come back and expose our talent and put T&T back on the map. I will try to do what it takes to get there. Now, it’s just the beginning. But I need to keep going and get everybody on the same page. Once we work hard together we can produce for the national team,” Molino concluded.

Molino and his Minnesota United outfit will square off against Sporting Kansas City in the Western Conference semi-finals of the Audi 2020 MLS Cup playoffs on either December 1 or 2 at Children’s Mercy Park in Kansas City.

This is the first time that Minnesota United have progressed to this stage of the competition. Molino, however, is intent on going all the way to capture the coveted crown and create club history. This is his fourth year at the club.