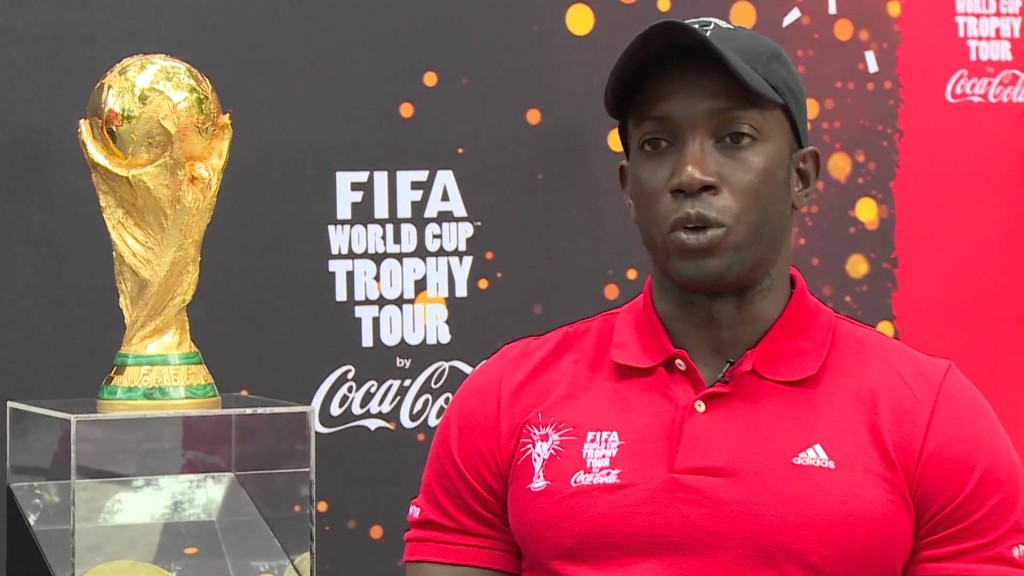 The 2006 World Cup midfielder thinks T&T needs to go back to the drawing board and rebuild its identity as one of the most feared footballing nations within the Caribbean before it even attempt to oppose higher-ranked territories.

Yorke described the culmination of the T&T Football Association’s (TTFA) administrative, financial and legal blunders over past ten months as “dark”, “disappointing” and a lingering threat to this current crop of players, as well as the future generation.

In a recent online interview with the TTFA media officer Shaun Fuentes, the 49-year old ex-Manchester United star called for a rejuvenated approach to the sport’s local affairs as the nation heads into its 2022 Concacaf World Cup qualifying campaign, in March.

“I feel that T&T needs to look at themselves and try to regain some kind of recognition and identity into world football again.

“If I were in that (TTFA) position, I would start to play the Caribbean teams again and engage with them a little more to try to reestablish who the number one regional team is.

“We need (to) return that confident and sense of belief back to the team. T&T was once a fear factor in the region but right now I don’t think any Caribbean team fears us on the pitch,” he said.

In March 2020, FIFA removed the TTFA executive, headed by then president William Wallace, and implemented a normalisation committee, chaired by Robert Hadad, because of the mounting debts by the local governing body.

FIFA suspended T&T from international football in September, after Wallace and his executive challenged their removal in the local High Court, instead of the Court of Arbitration for Sport (CAS) in Switzerland.

It lifted the suspension in November after Wallace withdrew all legal claims against the governing body. The normalisation committee remains in total control of all local football operations

According to Yorke, seeking to oppose higher-ranked nations as an attempt to secure a faster inflow of finances, will not aid the sport’s development.

Competing against the likes of Barbados, Jamaica and other regional squads can recreate an atmosphere of winning, even confidence, in both the players and fans.

“You want the big name teams because you can make good money," said Yorke. "It’s good public relations but equally you want to make sure the team is ready and prepared to when it comes to the World Cup games.

“Until we start getting that right again, then I’m afraid the football will be a start-stop situation. There won’t be any consistency and that’s what you need at this level. Forget playing all those big fancy teams and start with small baby steps again," he continued.

“Our football is in a mess. There’s no point going after big teams because you end up getting beat, embarrassed and then back to the drawing board again.

"Where do we go from there?” he asked.

The legendary T&T footballer hopes administrators and players alike can reflect on the past few months of turmoil and strike a balance for the sake of the sport’s up-and-coming prospects.

Yorke called on the TTFA to immediately place emphasis on player welfare and make them feel they’re a part of the organisation. As a former player, he said it’s comforting to know the people at the helm of one's local fraternity are doing everything possible to ensure the well-being of their prized-player assets.

However, he urged T&T’s current crop of players to use their struggles as encouragement.

“This is your time," said Yorke. "Forget about the past and history but use it as motivation. It can only happen with you now and you cannot go back in time. These guys need to do more, understand what it takes to represent your country. It’s the most patriotic thing you can do.”

The 2022 Concacaf World Cup qualifiers kick off in March. T&T will open its World Cup qualifying campaign against Guyana in Group F on March 25, before playing Puerto Rico on March 28. Group F also features Bahamas and St Kitts and Nevis

Additionally, in June, the Concacaf Gold Cup also gets underway.

Looking ahead, Yorke remains quietly confident but well aware of the obstacles that may come during this year.

“We have some very challenges times ahead, we certainly don’t produce the types of players we use to produce that have the experience of playing in all these (past) golden moments," Yorke noted.

“We have to make baby steps again. It’s not going to be overnight success, unfortunately. If I were part of the TTFA, or any advice I would give, concentrate on the Caribbean again.

“You need the public behind you as well. I dread to think if T&T were to play now how many people would be queueing up to see that team,” he concluded.