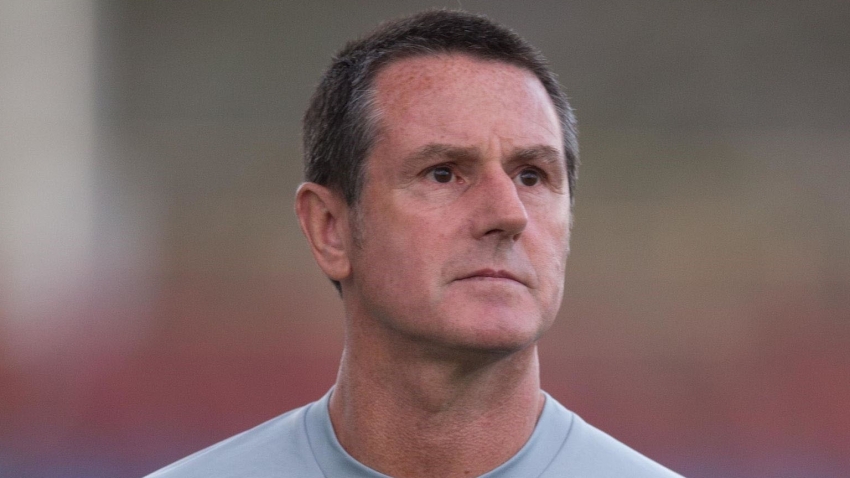 There are 50 days to go before Terry Fenwick’s Soca Warriors enter the World Cup qualifying fray. Fifty days to wipe away the memory of 7-0 against the USA; 50 days to actually build a team.

After what he had to endure from the sidelines in Orlando on Sunday, one could excuse Fenwick from reaching for a bottle of something really strong and downing a glass or two. I won’t recommend it, but the frustration and sense of embarrassment that match would have sparked was probably heavy, although a bit different to Fenwick’s feelings back in 1986 in Mexico City when he and his England teammates were done in by a Diego Maradona one-two strike. That day, England were powerless to stop Maradona’s cheating and dribbling brilliance.

But on Sunday, Fenwick had to take more personal responsibility for how his Trinidad and Tobago team played.

He went with a squad made up largely of players who ply their trade in North America, but by his own admission, that “gamble” failed.

“I had six players start the game who I had not seen before. They are playing in decent leagues. I expected more, I expected better and we just didn’t perform...I didn’t see that experience coming through. I thought we crumbled very early. We had a gameplan how we were starting the game, first 15 minutes and senior players within the team mechanism switched off, and we gave the ball away cheaply in areas we discussed we wouldn’t do so and that started us off all wrong.”

Outside of the “foreigners,” captain for the match, Josiah Trimmingham was only playing his second international game. That was because regular skipper Khaleem Hyland, like Sheldon Bateau and Levi Garcia were not able to leave their clubs for a match which was not played in a FIFA window. Kevin Molino, Joevin Jones, Akeem Garcia and Andre Rampersad were also not available. So in a sense, Fenwick’s hands were tied when he sat down to pick the squad for this trip. But within the limitations he faced, the coach had a decision to make - stick with the local squad which he had been working with or use the match as an audition for the unknowns from overseas. He went for the latter.

The question is what direction does Fenwick go in now with less than two months to the March 25 match against Guyana?

From his utterances since he took the job over a year ago, Fenwick seems to have little faith in the players who are still based here. The locals he has chosen to work with have been youngsters largely. But by his own admission, those youngsters gave Fenwick some of his best moments Sunday.

“There were some positives, and those positives came from the younger guys coming through that have been working hard,” he said.

Football is and always has been a team game. A bunch of players that has spent time building relationships on the field is always likely to be a better watch than a group of hastily assembled strangers. T&T’s own history speaks to this.

The “Strike Squad” of 1988-89 was a team of total locals that played some of the best football seen by a side from these parts. It was a team built around Everald “Gally” Cummings’ philosophy of how Trinis should play and was blessed with a level of talent that Fenwick doesn’t have access to today. More than that, that squad developed a spirit and commitment to the cause that surpassed their collective abilities.

Indeed, times have changed. The best local players now kickball abroad. The 2006 “Soca Warriors” made the World Cup through established “foreign” talent. But truth is, even T&T’s most seasoned overseas pros have not been brilliant for the Warriors in recent years. Many of them are not regular starters on their teams. Yes, history has shown that for T&T at least, there is limited value in using players based in India, Saudi Arabia and even modest British, Central American and European leagues.

For T&T talent overseas to truly add value, the quality of the exports will have to improve first. You can’t send Joe Mediocre away and get back Dwight Yorke.

But because he is in a results business, Fenwick must pursue the cream of the T&T crop so to speak and look to recruit the best available talent. However, that search cannot be at the expense of building a core team from the players who the coach can work with more regularly, even in these Covid-19 times.

That message should have come through very clearly last Sunday.

Already he is at a crossroads, for coach Fenwick has taken on a near mission impossible, with local football in its poorest state in living memory. No matter what his squad, this Road to Qatar 2022 journey is going to be a fairly short trip for Fenwick and T&T.

The real question will be whether coach Terry can start laying the ground for more successful journeys to come. He can only do that by preparing with a local crew.

‘Soca Warriors’ head coach Terry Fenwick admitted that he may have made a mistake in starting Sunday’s game with so many players that were relatively unknown to him but insisted that it was a starting point for his team, and they will now have to pull together for the real test in the World Cup qualifiers.

T&T senior men’s footballers lost 7-0 to the USA in their first international game in over a year.

While he and his players were disappointed by the scoreline, Fenwick was heartened by the second half effort of his locally based players.

“On the positive side, I saw a lot of the guys we put on in the second half and who are on the ground in Trinidad, they played 40 minutes, conceded one goal, created a penalty which we missed, but looked much more comfortable on the ball and that’s just the time I’ve spent with them on the training ground,” Fenwick told TTFA media yesterday.

“It showed me in the second half that we’re not far away with the locally based players,” he added. “We’re all disappointed about the score and the players feels exactly the same. We’ve gone through a game plan and that didn’t work and when you concede two goals in the first five minutes, confidence crashes and game plans go out the window,” Fenwick said as he reflected on the Sunday’s game.

“They were literally on the their own and I was trying to prop them up from the side of the field, to get them to pull together. It was difficult. And in international football, you make one mistake you get punished for it and I thought I might have made a mistake about playing these guys too early,” Fenwick admitted.

“But I needed to see them, and I needed to see what they had about them and the same guys, on reflection, I recognise that we didn’t stick to the game plan that we agreed to before the game,” he continued. “(Now), it’s about coming together and recognising the mistakes we’ve made on and off the field and pulling together for the serious stuff we have coming down the line as far World Cup qualifiers,” he added.

“This is a learning curve. We’ve got to put ourselves together as quickly as we can. We’ve got lots of other players all over the world that I would also like to see,” he said. While he got a look at the USA players, he said he also has his eyes on players in the UK.

“Kelvin Jack is doing a lot of that networking for me in the UK where we also got some top players that we want to bring into the camp,” Fenwick revealed. T&T open their World Cup qualifying campaign against Guyana on March 25.

WATCH: Men's Senior Team Head Coach Terry Fenwick talks about his post-match scenario, his scouting process and developing relationships beneficial to the cause of the National Team of Trinidad and Tobago