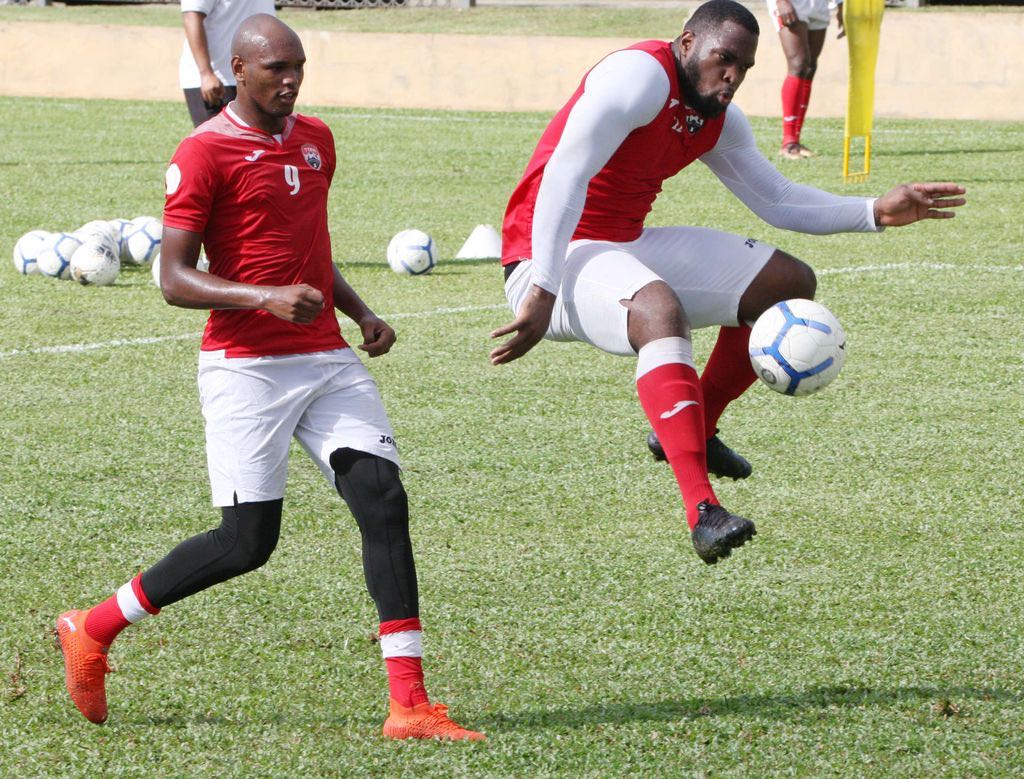 T&T's Soca Warriors will play two friendly matches this weekend at the Dwight Yorke Stadium in Bacolet, Tobago. The game will give players in the sister-isle the opportunity to make it onto the national team and probably play at the highest level.

Marc Joseph, Chairman of the Orange Group of Companies is the organiser of the event and he told Guardian Media Sports yesterday that the trip by the national team was arranged because his group was told there were no players from the island on the national team.

The Terry Fenwick-coached national team will face an Orange XI from 4 pm on Saturday and again on Sunday morning at 10 am. The team will be the guest of the Orange Group of Companies from Friday to Sunday.

According to Joseph: "As you know there's no Tobago player on the national team presently and that was brought to our attention on many occasions during the last couple of weeks. So we have decided, through Terry Fenwick and me, to invite the national team to come to Tobago through the Orange Group of Companies, and what we have done is to put together a two-day programme, a training camp, and invite the local players of Tobago to get that opportunity to showcase their talent and get a possible opportunity to join the national team and probably play at the highest level."

Though the names of no player from the sister-isle were given, the Tobago players have been in a live-in camp in preparation for the match. Joseph said he believes the game will help in planting seeds that will produce fruit for the people of Tobago and the twin-island Republic as a whole.

Fenwick's men have been hard at training in preparation for the FIFA World Cup Qualifiers which will begin with an opening encounter against Guyana on March 25 in the Dominican Republic.

The match was expected to be the country's home match but the government, through the Ministry of Health and its Chief Medical Officer (CMO) Dr Roshan Parasram, blanked a proposed football bubble to host the match.

Fenwick's men will play out of Group F of the qualifiers with only the top team advancing to the second round. The other countries in the group are Puerto Rico, St Kitts/Nevis and the Bahamas.

Following the team's opening match against Guyana, the Soca Warriors will be away to Puerto Rico (March 28) in their next encounter; away to the Bahamas (June 5), and home to St Kitts and Nevis (June 8).