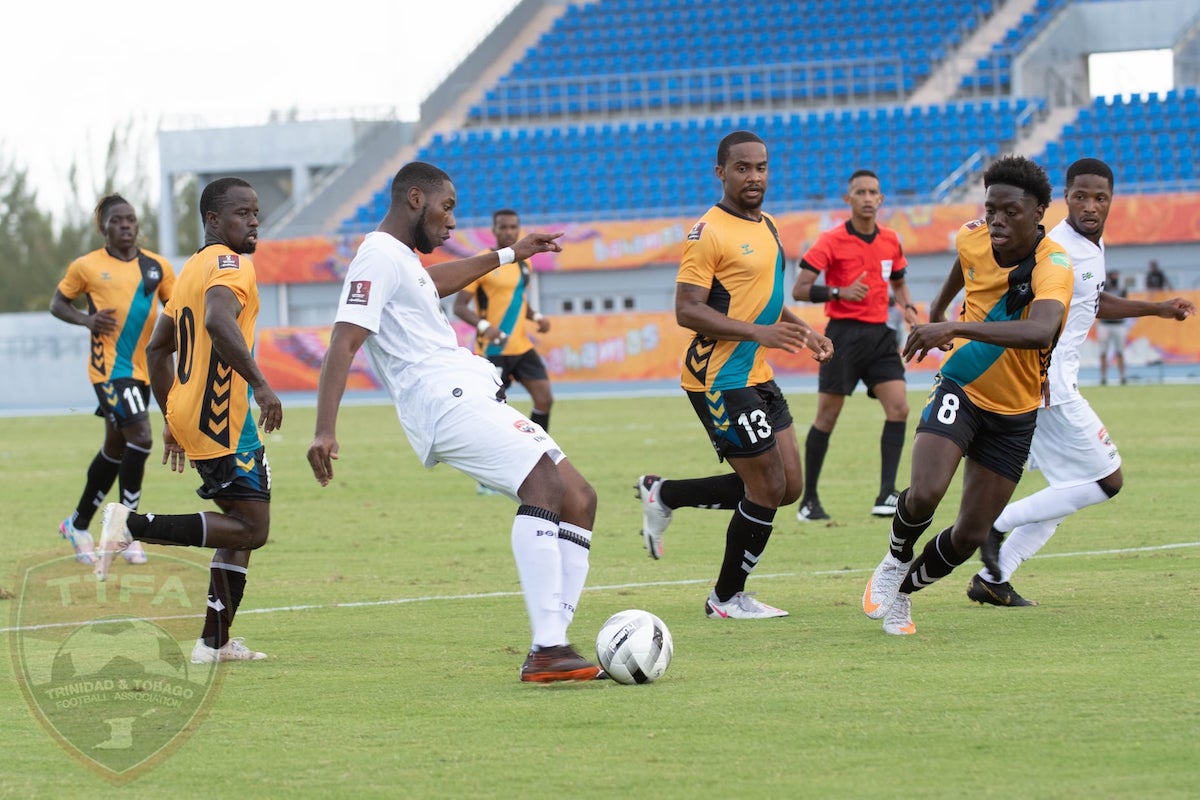 I would really like to know what Sheldon Bateau, Khaleem Hyland, Levi Garcia and company have been thinking in the days since last Saturday.

Yesterday they completed their World Cup qualifying programme against St Kitts and Nevis having already had their Qatar World Cup hopes ended. It must have been hard to get up for that match, the hangover from the failure to beat humble Bahamas lingering on. At least that would be my assumption.

But it is sometimes a difficult thing to read the minds of Trinidad and Tobago sportsmen in the current era.

Whatever your opinion of the tactics or lack thereof applied by coach Terry Fenwick against a team quite happy to pack its penalty area as if in a siege, one couldn’t help but notice the way the players themselves approached the game. There seemed a distinct lack of energy in their movement and in the pace with which they moved the ball. And the desperation with which the Bahamians defended their goal made it seem that they were the ones whose World Cup futures were still at stake.

Former national captain Clayton Morris, who knows something about playing in high-level matches, was disturbed by what he saw.

“You have to keep in mind you are representing your family, your club and, most important, your country. You are supposed to see that in your face.

We were supposed to come with energy and enthusiasm ....It had to start with that personality and attitude...Somebody has to stand up and be counted as the leader,” he noted.

On Saturday, no T&T player was able to lift his game or his teammates to get the result they needed. Why not?

Surely, none of the starting 11 or the substitutes wanted to be associated with the embarrassment of elimination at the first stage, something that had never before happened to a T&T side. None of those players, you would think, was willing to become a target for disgruntled fans on social media or have such a failure on their playing resume. And yet, the Soca Warriors did not seem up for the fight at the Thomas Robinson Stadium.

Forget the actual result, it was not a good look.

Listening to skipper on the day Bateau’s comments afterwards, there was the expected expression of disappointment and acknowledgement of “some responsibility” for the 0-0 draw that was effectively a loss for T&T. However, there was not total ownership of the result.

Responding to what was going through his mind since Saturday, he said:“In my mind it’s so many things when you have a result like that, there’s always a lot of questions. We had lots of questions before the game, even more after the game. As players we have to accept some responsibility for the result. I think it’s just a reflection of some of the things that have been happening over the past years, weeks, months.”

“A reflection of some of the things that have been happening over the past years, weeks, months?” That is a loaded statement that could lead to much speculation.

The shambolic state of the TTFA administration, the lack of resources available to the coaching staff and the restrictions in preparation caused by Covid-19 are certainly factors that did not make it easy for a group of players pulled from different parts to get a result. But those elements should not explain why the Bahamian players, with nothing but pride to play for in the fixture, seemed to exert more effort and be more committed to their cause than the T&T squad.

The mindset just seemed wrong. Those T&T players did not seem to want to win badly enough. But that may not have been how they actually felt. It was as though the desire was in the brain, but only partly in the heart and not at all in the legs and feet. Or maybe it was that the Warriors were already looking ahead to the battle with St Kitts and took a win over the Bahamas as a given.

Whatever the case, technical director Dion La Foucade has a huge job in front of him.

Trying to get cooperation from a divided football community to execute development plans will be difficult enough. But what cannot be overlooked in all that comes next is how important it will be to determine what kind of football culture should exist in T&T and how it should be created.

As in other sports and areas of national life, the attitude to work has changed over the decades. A young person’s definition of hard work and commitment may be very different to that of his counterpart in the 1960s, 70s and even 80s.

More than their predecessors, athletes today may link what they give to what they can get. So the football authorities cannot take it for granted that players and coaches are speaking the same language now. They must acknowledge there is a difference and seek to address it in their programmes at all levels.

More cash for courses and training and salaries will mean very little in future if players at all levels do not understand or accept their roles. It will all be money for nothing.