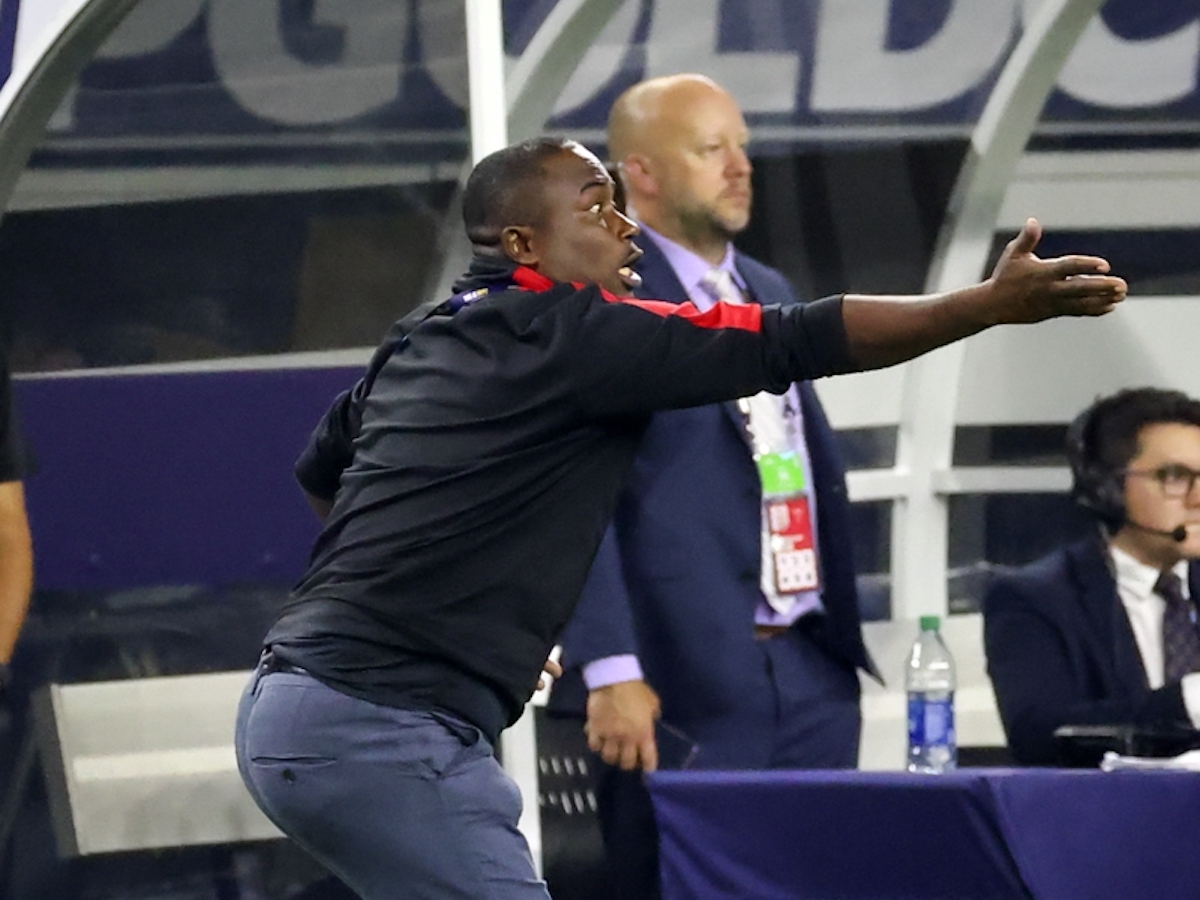 In the aftermath of the country's decent display at the recent CONCACAF Gold Cup in the United States, interim national senior men's coach Angus Eve is calling for the regularisation of football academies in T&T, to treat with the development of the game moving forward.

Eve, during a recent interview, revealed that coaches at academies across the country are more concerned about receiving monies from their young budding charges than ensuring that they are taught the foundation and basics of the game.

Eve, himself a youth football coach, has had stints with the country's Under-17 and U-20 teams in the past and was recently the assistant to Derek King at the U-20 team. He said in taking the sport forward there is a need to utilise the zonal system while paying particular attention to the practice taking place at the football academies.

Eve said: "Basically, we have to have football up and running. I think the important thing is that we can use the zones. The zones are so important because all of the kids come from the zones, everybody plays for a zonal team before moving on to the Super League and Pro League.

"I think the zones have really been neglected for a number of years and I believe the zones should play a more integral role in the development of football.

"Also, we have to regularise the Coaching Schools system, and probably I would get some licks for this but I'm going to say it in any way, at a lot of the coaching schools it's a pay to play mentality. So once you pay, you will get to play.

"Sometimes the parents are given misinformation that their child is better than they really are, simply because someone wants to continue getting their monthly subscription. So regularising that and having proper coaches as well as proper qualified coaches in that area, is a must, because football needs to start from the grassroots level and at the coaching schools, they have the younger kids."

Former technical director Anton Corneal said the country probably has over 100 football academies. It is unsure, however, if these coaching schools are all registered with the parent T&T Football Association (TTFA), or if they are playing a role in the structural development of the sport.

Guardian Media Sports was told, by an anonymous source, that the embattled football association, which is being led by a FIFA-appointed Normalisation Committee headed by businessman Robert Hadad, is set to put in place systems to use coaching academies as part of the overall development of the sport.

Eve also recommended that Primary Schools are to be utilised as a part of the development too, saying: "Also in Primary Schools, it can be used. There was a very vigorous primary school programme in the past. I myself benefited from people like Everald 'Gally' Cummings, coming into the schools and coaching football at the time.

"I think we have enough coaches in the country who can administer these types of development programmes. And not in football alone but in sports as a whole, because maybe we're catching the kids after the primary schools where they would have learnt a lot of bad habits by that time."

Considered the country's most capped player, Eve suggested that coaches who are not in receipt of coaching certificates should seek to qualify themselves as well, noting that it will not only legitimise them as qualified coaches, but it will enhance their chances of getting coaching jobs.