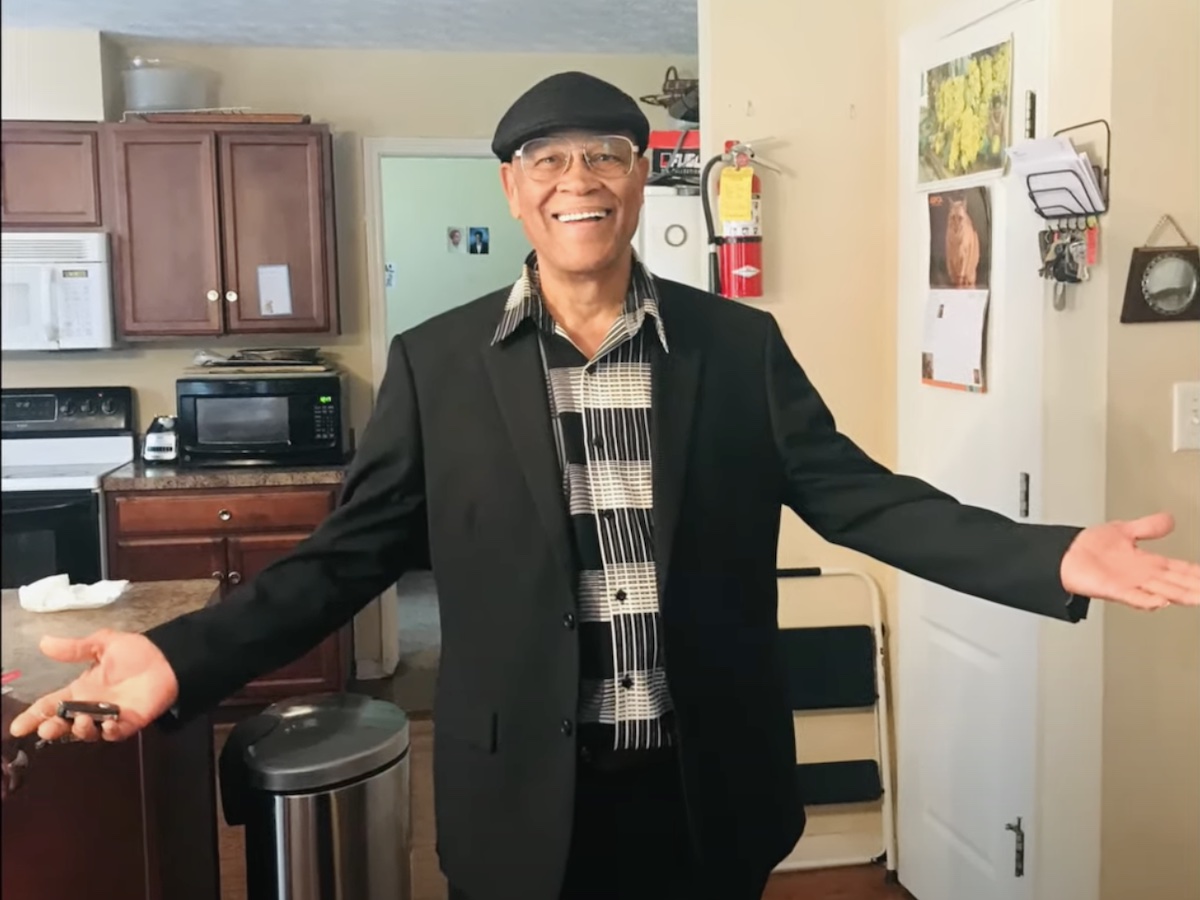 On August 14, 2021, the membership of VFFOTT joined with Kelvin Berassa’s wife, Eula Berassa, his children, grandchildren, the entire family and all his team-mates of the Malvern Club, the Trinidad and Tobago Regiment and the T&T national team of the 1960s to bid farewell to the local football legend. He died on August 7 in the United States, at age 82.

As president of the Veteran Footballers Foundation of Trinidad and Tobago (VFFOTT) I extend my condolences to the Berassa family on behalf of the membership and friends of VFFOTT.

The expression of sympathy is also extended to the members of the Malvern Sports Club, the Regiment—now Defence Force— and the entire local football family.

As a footballer of the 1960’s, “KB” was outstanding, and the skill he demonstrated on the field made his name well-known to fans in several households. With confidence in his ability, he inspired his team-mates to perform at the highest level, leaving them feeling assured they would defeat anyone. That strength in character, confidence and faith in God was the hallmark of his life. His discipline and diligent training along with his humour and clever, quick thinking, cemented the team spirit.

The sentiment was shared by another team-mate, Tim Lambkin. He also remarked on the way Berassa operated on the field. He stated that KB’s major attribute was his ability to create space for both himself and his team-mates. Similar sentiments were also expressed by Ulric “Buggy” Haynes who joined Malvern as a youngster, Doyle Griffith who welcomed KB to the national team, Bobby Sookram, Alvin Corneal, Gerry Browne and Victor Gamaldo.

How well I recall Leroy De Leon’s greeting when he first met KB at a Carnival lime at the Queens Park Savannah, years ago. A local legend himself, De Leon repeated KB’s name in awe, telling him that as a little boy while playing football, “I would tell them my name is Kelvin Berassa.”

Lincoln Phillips said KB was a treasure, his style of play lifting the performance of all his team-mates. And Eddie Hart said KB was the complete footballer, an excellent header of the ball, whose running off the ball was amazing. And even with his outstanding dribbling skills, he was always a team player.

As a youngster, I was privileged to see and enjoy the highest quality football at the oil company grounds in the Southern Football League (SFL) and at Skinner Park in the Southern Football Association (SFA) when my family resided in Point Fortin. When I returned to reside in north Trinidad, I also enjoyed the football magic of the Malvern Sports Club, the “Glamour Boys” of the Port of Spain Football League. The “Cha Cha Cha” style of Malvern and Berassa was the best.

On my last phone call with KB, on May 29, he spoke of different things, including his lament at the loss of the annual North vs South primary schools match and the successful community, inter-league and zonal structure that proved successful. He wanted to see a return to the structure that worked well and built the football in the communities and zones.

KB initially started off life in St Joseph but eventually moved to Port of Spain where he attended primary school and played for the North primary school team which included Carlton Franco and was captained by Mervyn “Breadknife” Ross. Their good friend Aldric “Son” Baptiste was captain of the South team.

KB received a scholarship to attend the Progressive Educational Institute like many of the other Malvern players, an initiative of Hamilton Holder. Dom Basil Mathews did a similar thing at St Benedict’s College in south Trinidad.

KB then played in the Northern League and was an outstanding goal-scorer as a member of Malvern. The team won several trophies, inlcuding the FA Trophy, the Best Dark Virginia Cup, the Governor’s Cup, Constantine Cup, Golden Chisholm Cup, and the Champion of Champions Trophy. When the nucleus of the Malvern team joined the Regiment, the successful trophy haul continued. As a national player his record was 25 matches played, 20 goals scored.

The Malvern forward line of Brown, Berassa, Franco, Hodge and Hart were selected to be the Port of Spain Football League forward line, something similar to the historic achievement by Malvern in the 1940s when the entire forward line represented the T&T national team that won the Standard Cup against British Guyana.

That style of play was largely due to the many creative skills, talent and sharpness of mind of Berassa.

The spectators were fascinated by Malvern’s “Cha Cha Cha” dance and style of play, and the matches were broadcast live on the Voice of Redifussion radio stations throughout the Caribbean with commentary by the popular Raffie Knowles.

As the members of the Veteran Footballers Foundation of Trinidad and Tobago (VFFOTT) join in celebration of the 59th anniversary of Independence for Trinidad and Tobago first established on August 31st 1962, we reflect on the joy, excitement and confidence that occasion brought to our new nation; and the confidence that informed the outlook of the entire T&T football fraternity at that time. Kelvin Berassa shared that excitement and confidence. And football was quickly seen as a positive way to demonstrte this new nationhood.

Few will recall the fact that Dr Eric Williams, premier of Trinidad and Tobago, made it his duty to have the Trinidad Football Association (TFA) host a goodwill series between the national football teams of T&T and Suriname, who were recognised back then as the best in the region, to commemorate the achievement of Independence.

Dr Williams was a sports enthusiast who played both cricket and football at his alma mater Queens Royal College. He recognised the significant benefits sport could bring to the new nation, football in particular. He urged Eric James, the TFA’s general secretary to host the series.

Two matches were played at the Queens Park Savannah and the third at Guaracara Park, Pointe a Pierre.

The T&T football fraternity was convinced our new nation could beat any of the top teams in the world: “Bring on Argentina, Brazil, England or Germany” was the call. And within the first five-year period of nationhood, the T&T national team defeated both Argentina and Colombia. The result was in the main due to Berassa, who scored three of five goals in T&T’s defeat of Colombia 5-2, after being two goals down. KB also scored the goal to defeat Argentina 1-0 at the Pan American Games in 1967.

In those days, the football teams were a microcosm of the society, and along with the supporters of the steelband fraternity, engendered a spirit of harmony which reflected the growing of confidence and harmony implicit in the expression of our fledging spirit of nationhood. However, Dr Williams’s vision for the role of sport and culture in nation-building remains elusive, but we know that there is the hope for our salvation.

This is the background against which the football entertainer“KB” Berassa - “Mr. Cha Cha Cha”—demonstrated his magic.

Thank You Kelvin “KB” Berassa for the fond memories that we shall always cherish. You lived your life with the tenets of our Malvern Club Motto: Victoria Concordia Crescit —Victory Through Concord.