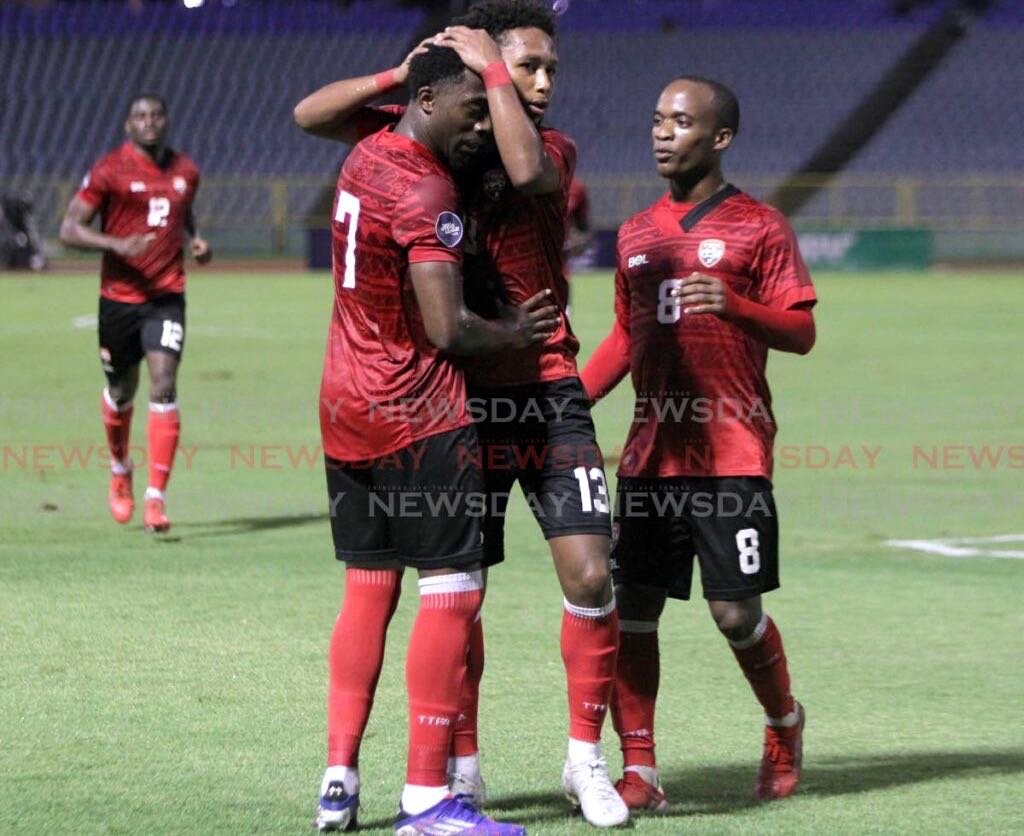 NOAH POWDER scored a double and fellow midfielders Judah Garcia and John-Paul Rochford got the others as Trinidad and Tobago notched their third straight win in the 2022-2023 Concacaf Nations League with a 4-1 result over St Vincent and the Grenadines, in a Group C, League B encounter at the Hasely Crawford Stadium, Mucurapo on Monday.

Garcia netted in the ninth minute, while Powder scored his first set of international goals in the 11th and 41st. Rochford, who replaced Garcia in the 63rd, completed the scoring in the 90th.

Cornelius Stewart pulled one back for St Vincent and the Grenadines, in the 26th.

However, T&T seemed certain to end this phase of the Nations League in second place in Group C, League B with nine points from four games.

Group leaders Nicaragua, who started the day at the top of the four-team standings with seven points, were leading their guests Bahamas 3-0 at half-time.

Garcia registered his second international goal early in the contest, as he capitalised on a poor attempted clearance from Jamol Yorke, raced towards goal and sent a low right-footer between the body and the right arm of a flat-footed goalkeeper Lemus Christopher.

Powder missed a chance to net T&T’s third shortly after, with a right-footed shot that was blocked by Christopher.

At the opposite end, Gomez was caught napping as Stewart moved into open space, in the penalty spot, met a cross from right-back Jazzi Barnum-Bobb and slotted his effort beyond the reach of T&T keeper and goalie Marvin Phillip.

Judah Garcia (35th) and central midfielder Duane Muckette (36th) saw efforts blocked by Christopher, while striker Levi Garcia could only watch in agony as his right-footed shot rebounded off the crossbar.

But, a minute later, Powder got his name again on the scoresheet, with a right-footed shot from close range after good work, down the right, by Levi Garcia.

As is the case lately, T&T coach Angus Eve sought to protect his lead, but the T&T team failed to take advantage of the few chances on offer, until the 90th minute.

Substitute Reon Moore raced down the left and squared the ball to Levi Garcia, whose effort was saved by the keeper, but Rochford pounced on the loose ball and finished from close range.

Action in Group C, League B will resume in 2023, with T&T travelling to the Bahamas on March 24 and hosting Nicaragua three days later.