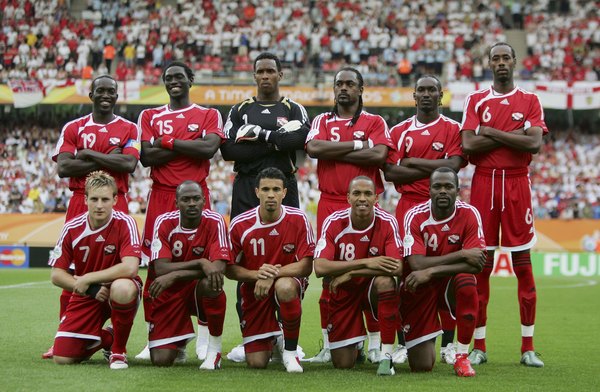 The Trinidad and Tobago Football Federation (TTFF) has been ordered to pay over $7 million as an interim payment to 13 players who represented this country at the 2006 FIFA World Cup.

Justice Devindra Rampersad, presiding in the Port of Spain High Court yesterday, ruled that an interim payment of US$1,140,384.39 be paid to the footballers.

He also expressed concern over what he labelled as the inadequate and "cloudy" way in which the TTFF's accounting books were presented to the courts.

"I have great issue with the accounts filed and I feel there has been no compliance with the precedent set out," Rampersad said.

Looking at the "books", Rampersad said there was no indication with respect to grants and monies received.

"It is totally unaccountable," he said.

The books tendered included all commercial revenue associated with the players in their build-up to the 2006 World Cup, which was held in Germany.

Rampersad then ordered that the accounts be properly done on an Excel spreadsheet.

"I find it strange, I have one document from FIFA, why do we not have a final letter from FIFA and Adidas saying this is how much we paid? Lucky or unlucky for you, I have some experience in the accounting field." Rampersad said he could tell when things were not right.

In addressing attorneys present, Rampersad said FIFA's monies "are a mystery" and that "one million francs" seemed to be missing.

"I cannot understand why it is not accounted for," he said.

Attorneys Om Lalla and Kelvin Ramkissoon are appearing on behalf of the TTFF, while attorneys Michael Tong-Lee, Dave DePeiza and George Hislop are seeking the interest of the footballers.

At yesterday's hearing, attorney Derrick Balliram stood in for Lalla, who was out of the country. The judge said he needed to have several matters cleared and needed the assistance of Lalla for this to be achieved.

Rampersad said in coming to his decision, sports giant Adidas had a contract with the TTFF where equipment and other items were provided, adding that this was not monetary in value.

He said this was left out as part of the interim payment and he needed further clarity on this issue. He said he was also unsatisfied about what happened to other money, moreso the millions pumped from the private sector, which crossed $40 million.

"What is happening? A striking piece of document is not being accounted for and that is startling. Some of the monies was pre-qualifying and post. If this is the case, the monies are not accounted," Rampersad said.

Noting that auditors K Rampersad did not say how the money came in and how it was disbursed, Rampersad said however long it takes "the accounts must be properly done".

He said initially there were 16 players contesting the suit, but three of them—Marvin Andrews, Chris Birchall and Ian Cox—withdrew from the suit. Rampersad ordered that they pay their own costs.

Last year, the TTFF appealed Rampersad's July 29 order requesting it honour its bonus agreement with the players. This was dismissed by the Appeal Court.

Court proceedings were first filed in November 2008 at the Port of Spain High Court, where the 16 players asked the High Court to enforce the judgment of the London-based Sport Dispute Resolution Panel (SDRP).

The SDRP had ruled in May 2008 that under the terms of a contract agreed to by Warner, the Soca Warriors were owed 50 per cent of all 2006 World Cup commercial revenue.

However, the TTFF claimed a breach of confidentiality by the players meant they were (TTFF) were no longer obligated to the agreement. Following weeks of arguments, Rampersad ruled in favour of the players but the TTFF appealed the decision.