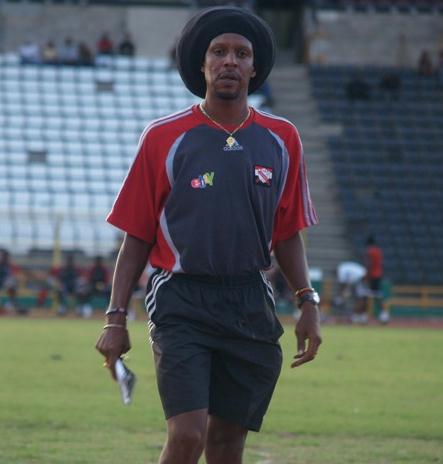 Former “Strike Squad” defender Brian Williams is backing the current National Team to come away victorious but is warning the players to avoid all forms of complacency when they take on India in Sunday’s Friendly international at the Hasely Crawford Stadium from 5pm.

Williams was part of the squad that won a three-match series 2-1 on India’s first visit to the West Indies in June, 1984 which was sanctioned by the Indian Government through the local Indian High Commission. Michael Maurice was the team captain back then.

“The experience was a learning one for us in terms of it helping us to realize that we must  never underestimate any team. We were curious to see what India had in them because they were known for cricket and still today they are not so popular in football. But we were complacent in the first match and they punished us” Williams told TTFF Media.

“But it was a good experience and we decided that we could take no team lightly . They played well but we picked up our game in the next two matches. I could recall the deceased Roderick Warner being the coach at the time.

“I want to tell the current squad that there is nothing like India can’t play football or don’t know about football. There is no team in the world today that doesn’t know football. The game on Sunday will be interesting and especially with the ethnic balance in this country, I hope it turns out to be an occasion.  I hope to see our boys do well and set the pace for the qualifying campaign,” Williams added.

In the opening game of the series back in ’84, Nevick Denoon was the lone scorer with Babu Mani and Ravi Kumar getting the goals for the Indians. That game was played before 8,000 fans at the National Stadium and was the season opener for local football hosted by the TTFA. Then President Sir Ellis Clarke and Prime Minister George Chambers were in attendance.

T&T were more purposeful in the second match played at Skinner Park which Lennox Sirjuesingh was the referee. Adrian Fonrose put T&T ahead 1-0 in the second minute when he pounced on a soft back pass and dribbled goalkeeper Ghosh and slotted home. Maurice and Gosh were kept busy throughout but Robert “Keeto” Joseph broke the deadlock with a fine finish in the second half and then Betrand O’Brien netted the third item in the 85th minute with a clever drop shot which sailed upwards into the net.

Both teams will train at the Hasely Crawford Stadium on Saturday ahead of Sunday's match.