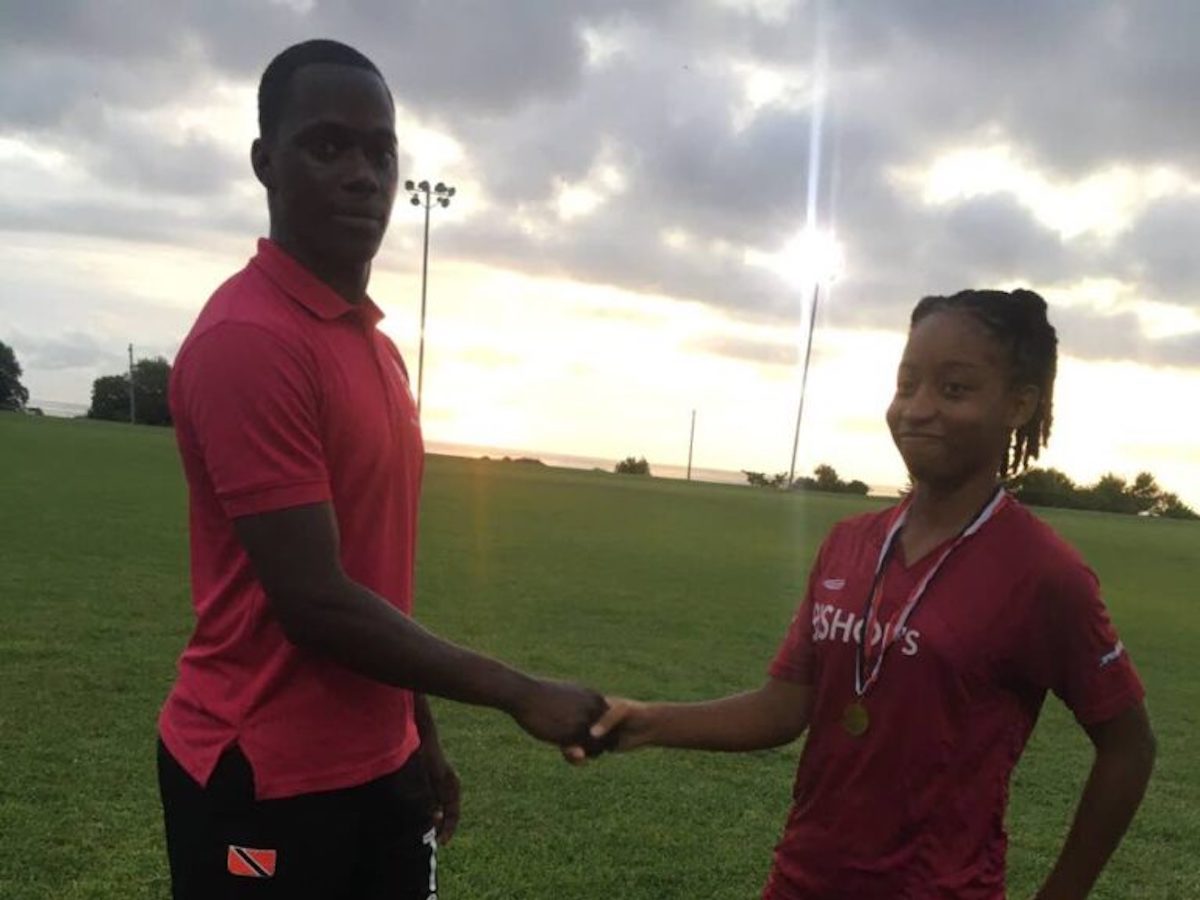 BISHOP'S HIGH made light work of Pentecostal Light and Life, on day one of the Secondary Schools Football League (SSFL) Tobago Zone Girls' Division on Thursday.

The 10-nil result was highlighted by supreme domination from Bishop's at the Plymouth Recreation Ground. Ty’Kaiya Dennis headlined the attack with four of her team's five goals, in the first half.

Kimonique Spencer netted a second half double, while there were a goal apiece from Tamia Peterkin, Gyasi Lewis, Kipnah Joseph and Lesley-Ann Joseph.

Signal Hill were 3-1 winners over Mason Hall, at the Moriah Recreation Field.

Signal Hill, took a 2-1 lead at half time, following goals by Niya Yeates and Aaliyah Baptiste in the sixth and 11th minute respectively.

Mason Hall reduced the deficit in the 28th minute, as Jada Graham converted a penalty.

Mason Hall's ploy to increase the tempo in the second half, did not pay dividends, as Lei-Marie Balfour's goal for Signal Hill, three minutes after the resumption, foiled Mason Hall ambitions.

Kaleah Duke scored twice in the first half, and added two more in the second half. Also getting their names on the scoresheet were Kellecia Taylor and Shakira Charles.

In the SSFL Tobago Zone Boys' Division, Bishop's High are the early leaders. Their defence have conceded one goal, while their prolific attack has breached the defensive line of the opposition on eight occasions.

In their first match versus Goodwood Secondary School, Bishop's romped to a 4-1 win, with Malik Wilson scoring twice, while there was a goal apiece from Kaieem Lewis and Giovanni Burke. Goodwood had a consolation item from Kaylon James.

In their second game, Bishop's registered goals from Malik Wilson, Khaleel Job, Johan Elliott and Kieran Wright in a 4-0 rout over Pentecostal Light and Life.

Despite the boys' team positive start, Bishop's assistant coach Bernard Allum is remaining cautious. He said, “We are taking things one game at a time. We had a solid start to the season, but we have not played the bigger teams as yet. “Hopefully by the time we get to the bigger teams, we will be pretty well fine-tuned."

Allum added, “We have to improve on our goal scoring. We have scored eight goals, but we have missed more than we scored.”

In another encounter, Scarborough thrashed Goodwood 8-0.