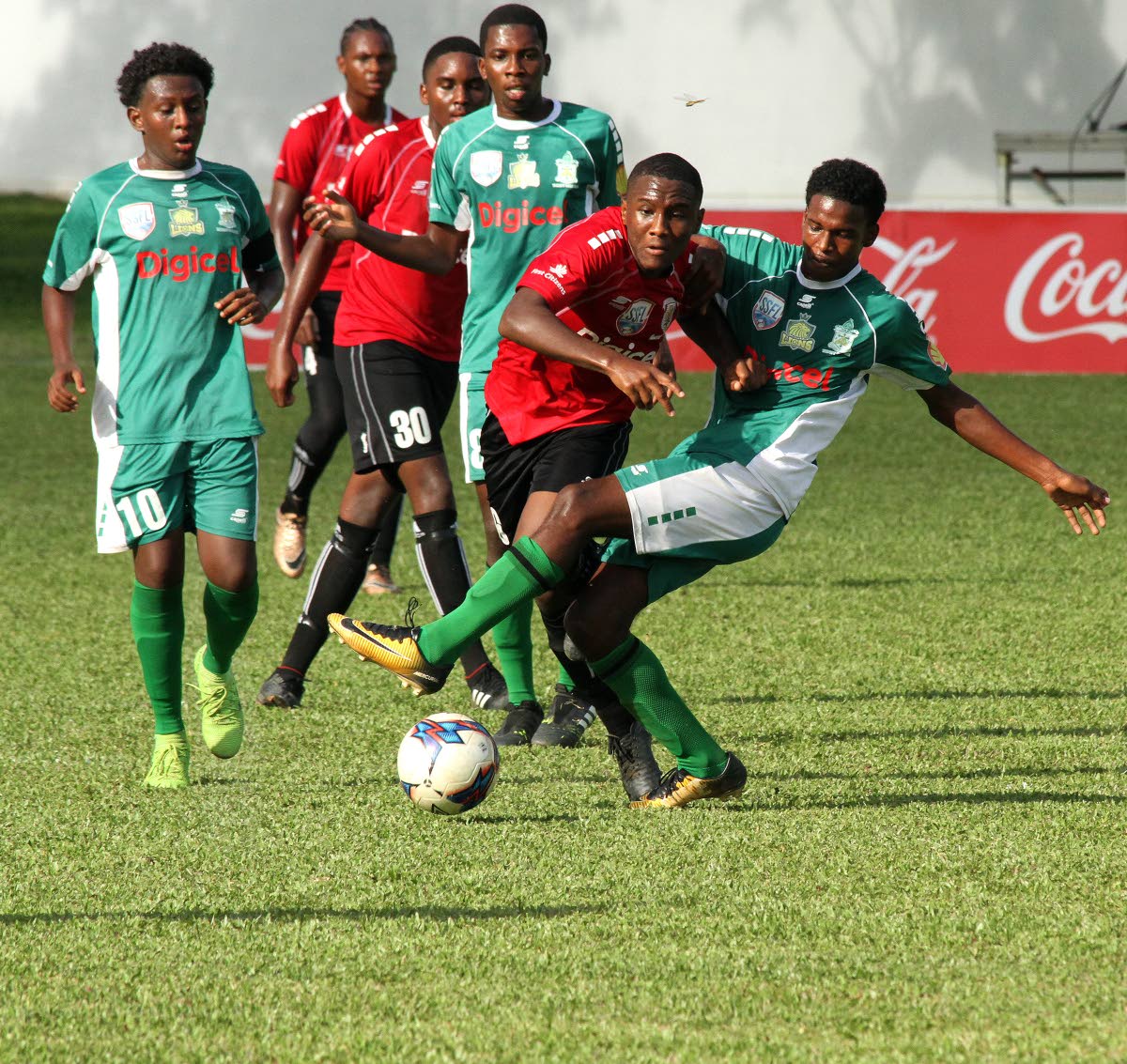 ST ANTHONY’S, also known as the “Westmoorings Tigers”, captured the Coca Cola North Zone Intercol trophy yesterday after a 4-2 result, courtesy kicks from the penalty spot, over Trinity Moka, in an entertaining final at the St Mary’s Ground, St Clair.

Captain Haile Beckles scored a hat-trick for the Tigers, but Anfernee Bascombe replied with a double, and Jardel Mitchell got the other for Trinity, as the scores were tied at 3-3 at the end of regulation time.

However, in the penalty shootout, St Anthony’s goalkeeper Josiah Perez produced two crucial saves to ensure that the Westmoorings-based school will participate in the National Intercol competition, which kicks off next week.

In the shootout, Ian Cowie, Kiron Manswell, Kaihim Thomas and Josiah Edwards scored for the Tigers.

St Anthony’s held the upper-hand in the first half hour, with Beckles coming close to breaking the deadlock in the 13th minute with a header that crashed off the uprights.

However, a mistake by Trinity’s Justin Dos Santos – one of many by the goalie – gifted the opening goal for Beckles in the 35th minute.

A breakdown in the Trinity midfield resulted in a ball from defender Manswell to the path of Beckles. Dos Santos ran out of the penalty box and missed his attempted clearance, leaving Beckles with the simple task of slotting the ball to the open net.

But Bascombe equalised for the Moka-based school in the 69th, with a header which flew past the left of Perez.

Beckles netted his second goal in the 72nd with a header, off a rebound, after Dos Santos made a hash from a freekick by Edwards.

The noise from the St Anthony’s fans were silenced a minute later when Phillip capitalised on a defensive lapse to net his team’s second item.

Dos Santos was at fault once again in the 83rd when he failed to judge a long ball and allowed Beckles to head past him before sliding the ball into the back of the net.

The game had another twist, in the fifth minute of stoppage time. Jardel Mitchell’s freekick from deep was parried by Perez and Bascombe was on hand to bang home the loose ball.

However, in fading sunlight, Perez atoned for that lapse with a pair of stops to end Trinity’s 2018 season.