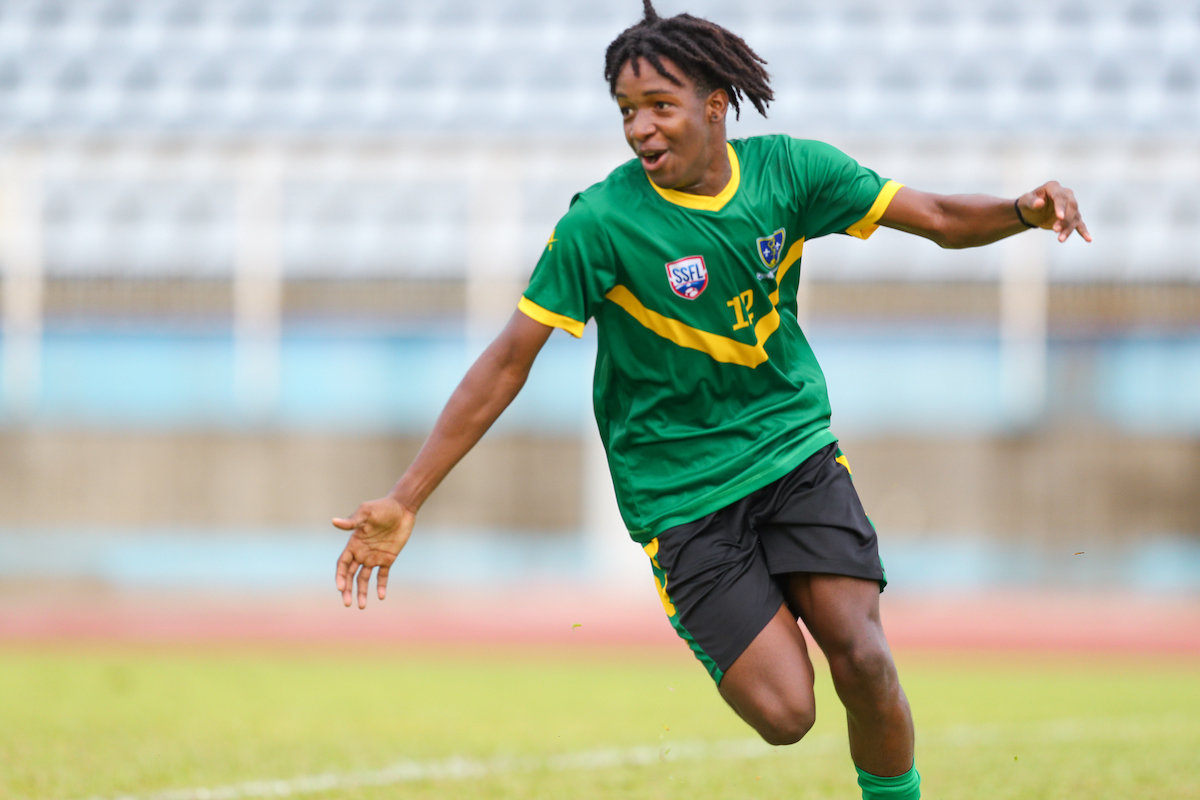 St Benedict’s College pulled off a 3-0 win away to Speyside High in the latest round of Group Tiger Tanks Secondary Schools Football League matches on Wednesday.

The La Romaine boys got their goals from Derrell Garcia, Nicholas Bobcombe and Trykue Lucas to stun their Tobago home side which had defeated St Anthony’s College in their previous encounter. Benedict’s are now joint at the top.

The St Anthony’s “Tigers” appeared to have cemented victory when leading by two goals and with time winding down on a heavy Westmoorings ground. But Alex Piper found the top of the net with a long free-kick, giving the “Green Machine” a fighting chance at the end.

The Tigers were superior, but wasteful in a first half and led 2-1 at the break. St Augustine were humiliated 9-1 by champions Naparima in their only other match this season. There was definite improvement against St Anthony’s, still most of the wounds the visitors suffered were self-inflicted.

Joshua Miller’s low shot across the goalkeeper gave St Anthony’s the lead in the 19th minute, and the home team would miss a few more early on. They were made to pay when the effervescent striker Jamell Cooper ran onto a long punt, fought off his marker and scored with a similar low shot for 1-1.

A slip by St Augustine right-back Theron O’Brien gave acres of space up the flank to Theo Corvador, who scored twice on the day. Named Man-of-the-Match, Corvador was able to curl a shot to the far corner and St Anthony’s led 2-1 at half-time. Corvador benefited from another defensive error for his second goal. Given the ball by a defender, he ran through to score with a low shot for 3-1, before Piper’s dipping free-kick made it interesting at the end.

“I thought the guys really gave an effort,” stated St Augustine coach Tacuma Jones, who thought his team was unlucky to leave the West without a point. “They showed a fight. Progress for the next game.”

Also in group A, Fatima and St Benedict’s College took over joint leadership with 10-0 and 3-0 wins over Carapichaima East and previously unbeaten Speyside High School respectively.

In Group B, San Juan North Secondary kept their perfect record with a 3-0 win against Moruga Secondary.

The next round of SSFL matches will be played on Monday due to the Republic Day holiday taking place on Saturday.