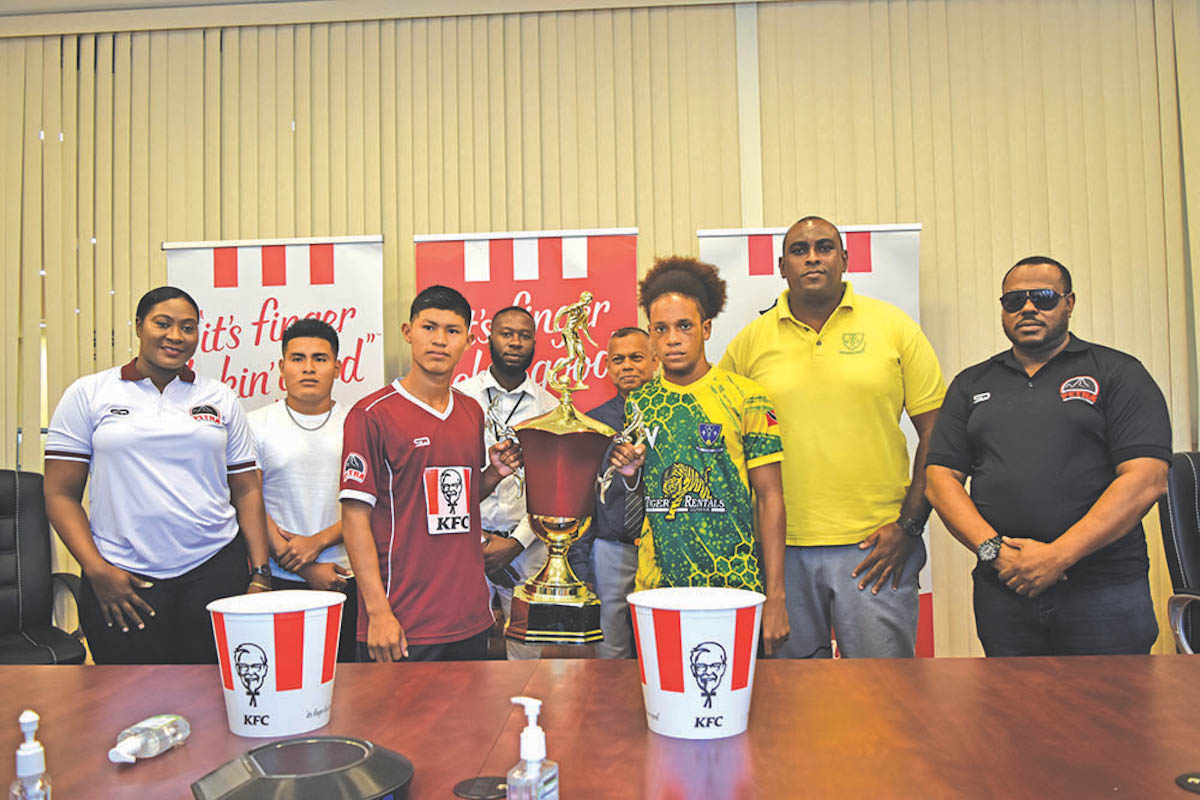 NOLAN BERNARD, coach of St Benedict’s College’s Under-16 football team, applauded his squad’s recent runners-up finish at the KFC Goodwill U-18 tournament in Guyana and hailed the trip as a “cultural experience” for the young footballers.

espite the team losing 1-0 in the final on Friday against DC Caesar Fox Secondary School, Bernard said the journey to South America served as much more than a lesson in sport.

The "La Romaine Lions" U-16 team played against opposition from Guyana and neighbouring Suriname. They topped their group to advance out of the first round, did well to get past the knockout round but were unable to claim the overall title.

However, coach Bernard credited the experience shared by the bunch.

“It was a young group of boys from our school, predominantly U-16s. They, some of them from lower income and socio-economic households, got a chance to experience the first time having their passport and getting to fly. It was special for them.

“We played against two Amerindian teams from the interior (of Guyana). It was a cultural experience for all of us,” he said.

Bernard is one of the school’s physical education teachers.

“The boys were surprised to play against Amerindian teams. One team had to fly to get to the tournament while another had to drive 15 hours each day. It really was an eye-opening experience for them to witness different cultures,” he added.

This past season, St Benedict’s U-16 lost the south zone final against Presentation College San Fernando. However, their senior team won the Secondary Schools Football League title and finished as runners-up, to Fatima College, in the 2022 Coca Cola Intercol.

Bernard however, believes the senior team’s recent dominant run of form has inspired his younger players to work harder and recognise that anything is possible.

“The SSFL win was good for football in south and at the school. It was amazing for us to experience success at the senior level. I know they would have wanted to win the Intercol as well but that’s how football is.

“For the new season, we’re looking forward as we have a good crop of boys, a young team. About six of them couldn’t make the trip with us since they are currently in training with the national U-17 team.

“All in all, I’m sure the senior team and U-16 teams, this year, experienced something great and gained some knowledge. We look forward to a new season in both divisions,” he added.