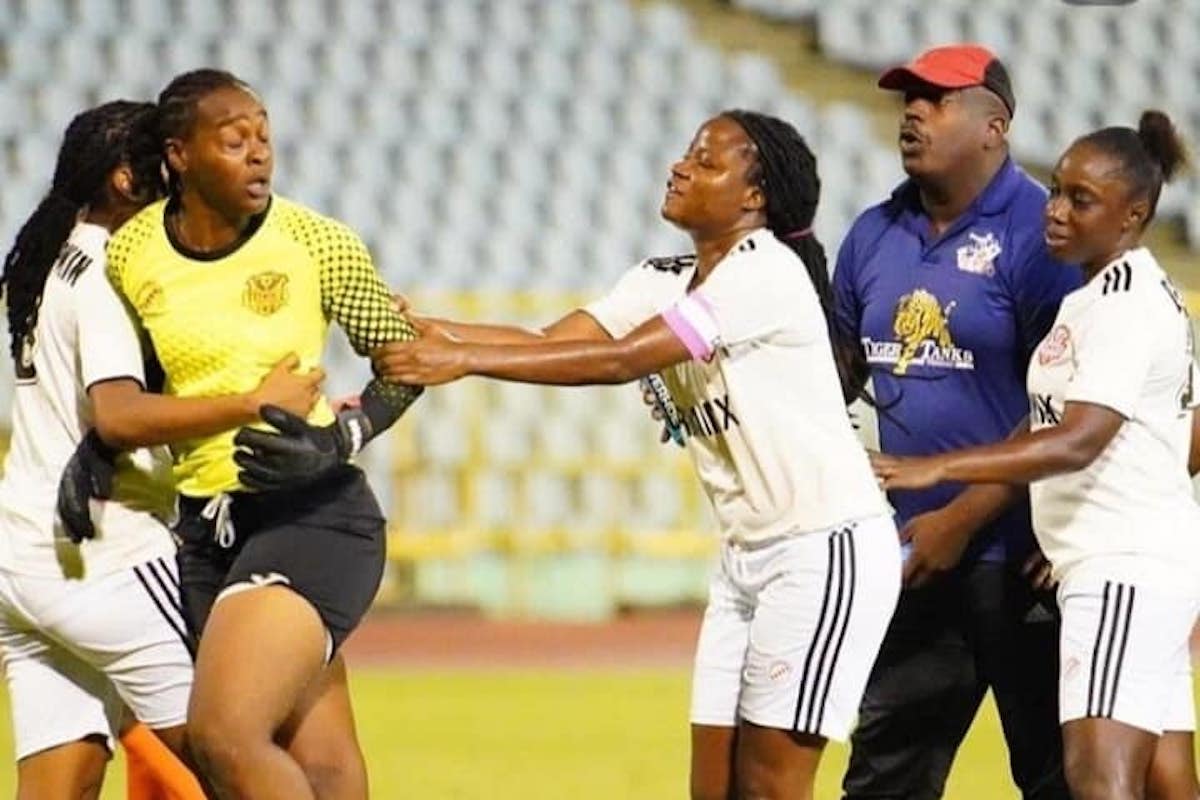 THERE is debate over whether Trinidad and Tobago goalkeeper Kimika Forbes will be allowed to take the field for today’s Ascension-sponsored Big 8 tournament which will be played at the Diego Martin Regional Complex, from 4 p.m.

Forbes, a member of the sponsor’s team, Rangers, was red-carded following an incident and given a two-match suspension by the TTFA’s disciplinary committee, thus ruling her out of today’s final. However, Rangers protested Forbes’ ineligibility to play today’s match, arguing that Forbes had served what they considered to be a one-match ban during Wednesday’s semi-final round.

Referee Garfield Weekes had issued red cards to both Club Sando’s Britney Cooper and Forbes during the Big 8 quarter-final. Both women had a physical confrontation. Generally, a red card results in an automatic suspension of one to three games and for violent conduct, the punishment is normally a three-match ban.

The Sunday Express learned that a TTFA disciplinary committee met yesterday morning and handed Forbes a two-match ban, ruling her out of the final. The Express also learned that the decision was subsequently changed.

Yesterday, Ascension Tournament director Kieron Edwards confirmed that Forbes had been given the go-ahead to play today.

“Yes, she is,” Edwards stated. “She served her ban on Wednesday.”

Edwards acknowledged that there was a disciplinary committee meeting yesterday, but insists that a one-day suspension was already served.

“They met but the suspension was already served,” Edwards said. “There is not an issue for the Disciplinary Committee to treat with. She had already served the ban. You can’t serve a ban, and after the ban is served, they say they will give you an extra game.”

Asked specifically if the WoLF board had made the decision, Edwards stated: “That is where we get our information.”

Vernetta Flanders, former manager of the T&T Under-17 girls team, replaced Susan Joseph-Warrick as WoLF president in April 2022. Expressing surprise that the matter had reached the press, Flanders told Sunday Express that up to that point, WoLF had not yet made a decision.

“For the record, no official communication between the executive and the TTFA’s disciplinary committee was made and we are currently, the (WoLF) executive, still deciding our way forward with the situation,” Flanders stated.

“The letter to Kimika was sent after she would have served her first ban and what is being debated by the (WoLF) executive is whether it was valid, since it was sent after the game.

Flanders argued that with Terminix La Horquetta Rangers having appealed Forbes’ red card to allow her to play in Wednesday’s semi-final against Tobago Chicas, it would have been expected that the TTFA’s disciplinary committee would have acted swiftly.

“The appeal was made for the purpose of that game against Tobago (Chicas). Once she did not play the game, is that decision still valid. That is the issue before the executive at this point in time,” Flanders stated. “It is not an issue with the decision that was made by the disciplinary committee. It’s more an ethical decision.”