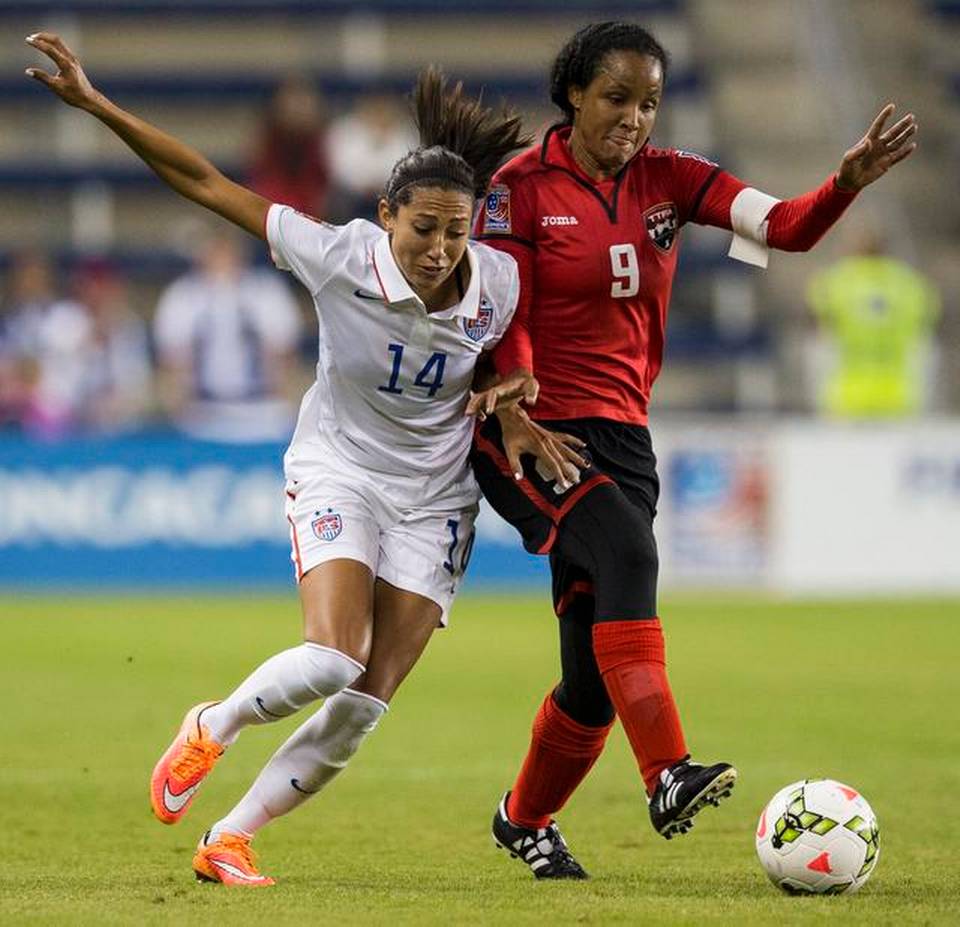 TRINIDAD AND Tobago women’s footballer Maylee Attin- Johnson has pointed out that the national players were “very much saddened and highly disappointed by the (firing) of coach Randy Waldrum, for the mere fact that he was the only coach to ever publicly stand up for us.” Waldrum was fired by TT Football Association (TTFA) president David John-Williams on Tuesday.

And, on Wednesday, John-Williams announced that Richard Hood will take over the mantle as women’s team coach. Attin-Johnson, in a letter published on Wired868.com, commented, “he never allowed himself to conform to the status quo. He brought a level of professionalism, experience, visibility and attention to the Women’s programme that no other coach has ever done. “But, most importantly, he brought structure and a sense of organisation that we never had. We are truly going to miss his expertise and the love he has for us.” Attin-Johnson acknowledged that the game will still has to go on, regardless of who is the coach. “Sometimes we have to accept the things we cannot change. So it’s imperative that we respect the new coach that will be taking us through these qualifiers and give him the same effort and commitment that we did to coach Randy,” she ended. A number of TT players have taken to Facebook to express their disappointment over Waldrum’s removal, including Kennya “Yaya” Cordner, Akheela Mollon, Mariah Shade, and the American-born duo of Saundra Baron and Lauryn Hutchinson. Waldrum, in an open letter to this country, said he was disappointed by what transpired as he believed the team made tremendous strides in his tenure and was “on the right path.” He said: “In spite of all that was not given to us to compete and prepare properly, this group of young women showed heart and character that not many teams have. Through the Concacaf WC qualifiers where we played an amazing game against the eventual World Champions USA, two close matches versus Costa Rica and Mexico, this team fought as hard as any team I’ve ever been associated with. “We went in with no preparation or funding compared to the Concacaf powers that have everything they need to win, and we gave them every reason to fear Trinidad and Tobago. I am still amazed and get teary eyed when I think about the drive to Hasely Crawford only to see people lined up along the streets waving and cheering as we drove by. Then to step on the field and see 20,000 plus people in the stands was incredible for women’s football! “We played a very attractive brand, and we saw our support grow from just 3,500 people who watched us win the CFU only several months earlier. We jumped 75 places in the FIFA rankings, which was the largest jump in history for any team!”