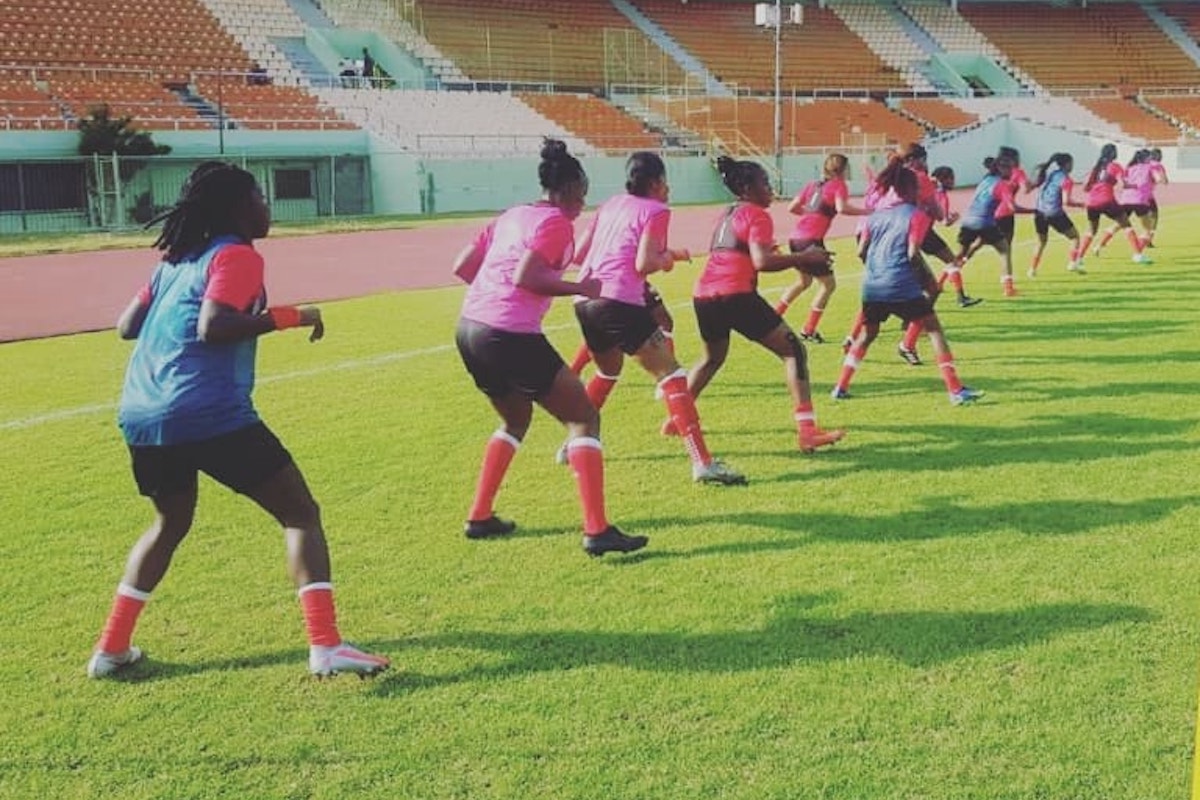 Interim national senior women’s team coach Kenwyne Jones and his team will be hoping to end a four-match winless run when T&T comes up against host Dominican Republic in the first of two friendly internationals in San Cristobal, Dominican Republic on Friday evening.

The clash between the Karyn Fobes-captained T&T women and the Dominican Republic kicks off at the Pan American Stadium from 5 pm with the second match carded for the same venue on Tuesday with the same kick-off time.

Last month, Jones, the former national men’s senior team captain and World Cup player, was installed as the interim boss and guided his team two drawn results against Panama at the Ato Boldon Stadium, Couva, first 0-0 and then 1-1 to kick off preparations for the Concacaf Women’s World Cup qualifiers towards Australia and New Zealand 2023.

In the qualifiers, T&T will face Guyana, Nicaragua, Dominica, and Turks and Caicos Islands in Group F beginning in February.

The T&T women are currently on a four-match winless run dating back to their 5-0 defeat of Antigua and Barbuda on October 2, 2019.

Since then the T&T women suffered a shock 4-1 loss to St Kitts & Nevis on October 6, 2019, followed by a goalless draw against the Dominican Republic in October 2019 and last month’s two drawn matches against Panama.

And the last time, T&T women recorded a win over the Dominican Republic was back in 2006 during their women’s World Cup qualifying campaign, a 7-0 road win.

Since then, Dominican Republic has managed to beat T&T 1-0 in 2011 during the Olympic Games qualifiers and followed it up with a goalless draw in their last meeting in 2019 at the Ato Boldon Stadium.

Earlier this year, Dominican Republic also started their women’s World Cup preparations, losing 5-0 to Panama in July before beating Bolivia 3-0 on October 22 and then battling to a 1-1 draw in their second match, three days later.

And faced with the next two matches to end off the year on a high, both teams will be keen to leave their mark.

Speaking at a media conference held by the Dominican Republic Football Federation High-Performance Centre via Zoom, Jones, a former England and USA-based professional said his team was keenly looking forward to the matches.

The former national striker said, “We are very excited to have these matches with the Dominican Republic and I think it’s a really good opportunity for both teams to have some preparations before the qualifiers in February, and I do envision that these two games will be a really good test for both of us.

The T&T team arrived in Santo Domingo on Monday evening ahead of the matches and since then Jones said the group has settled in nicely with training sessions at the Felix Sanchez Olympic Stadium.

He said, “I think our team has been doing very well since we came here on Monday night and our training sessions every day have been really good and the players are ready to play.

“They are happy to be here and also to play against the Dominican Republic as I think they are the perfect opposition for us at this point because our first game in the group qualifiers is Nicaragua and we see a lot of similarities with the two teams, and we are hoping that it helps us to find solutions and prepare well for when we get to that game.”

With some of his players coming from North America and Europe to link up with the team on Monday, Jones said the first session on Tuesday was, as expected, a little bit off the pace.

“They (players) had to recover from some jet lag and difference in travel time but since then the players have all settled down nicely and are working and coping pretty well and with one more session at the match venue on Thursday evening, I envision the team being well prepared for Friday’s first match against the host."

A member of the senior women’s team since 2010, Tobago-born team captain, Forbes was also excitedly looking ahead to the matches.

The hard-tackling Forbes, one of seven veterans in the team added, “I’m happy to be here as captain and I think this is a very good opportunity not only for myself but for my team and this is another test for us in trying to qualify for the World Cup and we are very excited about these two games.”

The host began their preparations on Tuesday with the 22 players who were summoned by Spanish coach, José Benito Rubido and his coaching staff.