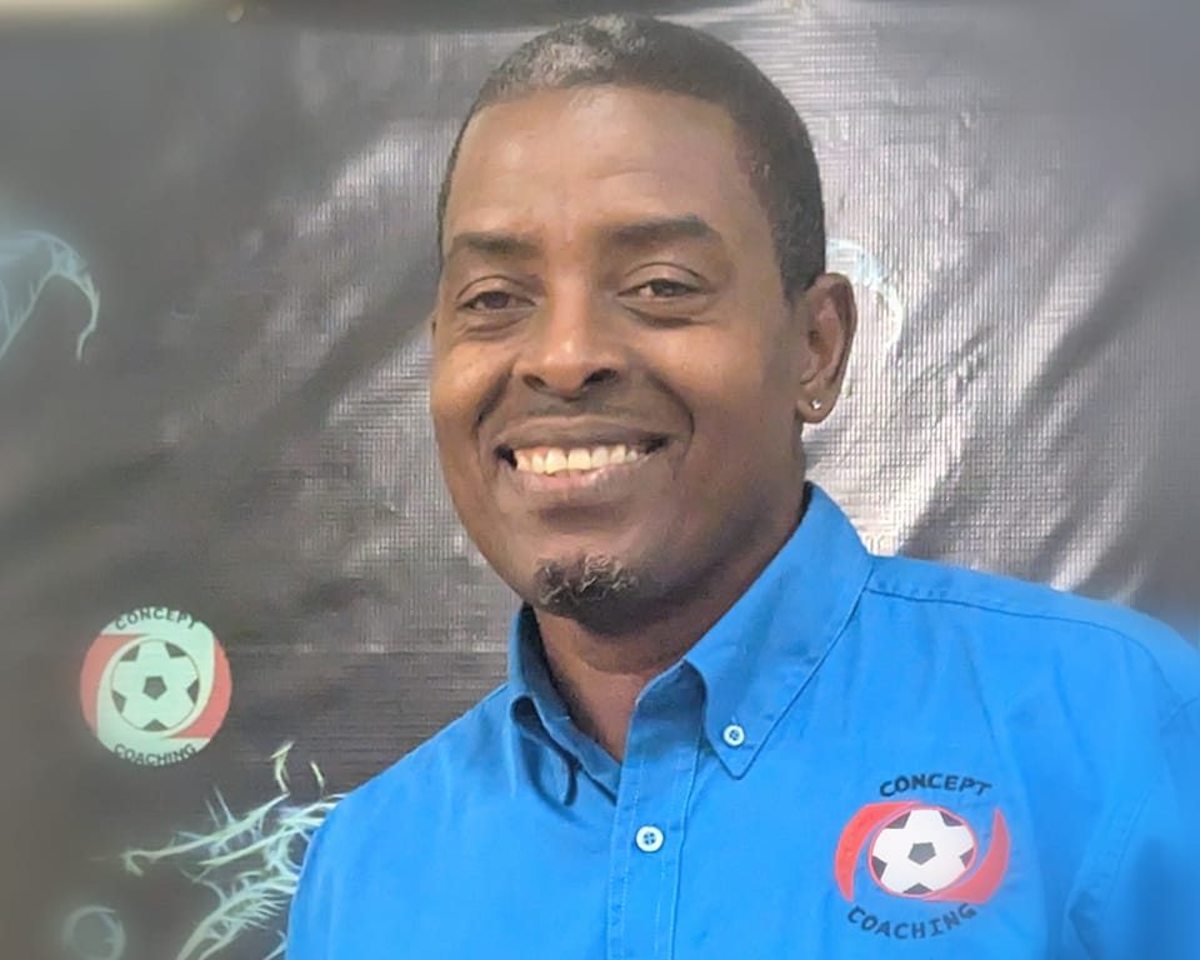 Women’s football in Trinidad and Tobago has been sedately progressing since the covid19 restrictions were lifted. In 2022, there was the return of the Women’s League Football (WoLF) – T&T’s premier senior women’s league – and the girls’ SSFL competitions. The T&T Senior National Women’s Team also competed at the Concacaf Women’s Championship, which proved to be a forgettable campaign for the Soca Princesses.

Due to the lack of advancement in the local women’s game, coach and youth-football-lover Roger Smith believes that girls should be playing more football before they get to the national level – whether it is for the youth teams or senior teams.

He is currently the owner and head coach of the Concept Coaching Football Academy, which provides a platform for boys and girls to develop at grassroots level. The academy is based in east Trinidad and targets youth players from the early age of six to the under-20 level.

Smith began his coaching career in 2009 after attaining his first coaching license from the Trinidad and Tobago Football Association (TTFA) – TTFA ‘D’ License – which was lectured by T&T legend, Lincoln Phillips. In an interview with Newsday, he said “When I did my first course, he (Lincoln Phillips) asked the question – what is your reason for being here? I responded saying that I just wanted to change football in the country.

“I thought that there wasn’t much meaningful, structured youth football being played. So after gaining some experience and attaining several licenses for a few years, I started my own academy in 2018.”

The Concept Coaching Academy proved to be a positive step for aspiring footballers as it gave children and parents a place to foster development on the field of play. It also brought the communities of east Trinidad together for fun and competitive football.

Concept Coaching later added to its dynamism by also becoming a competition host and event coordinator for other clubs and academies to have a platform for competitive development at youth level. In this aspect, Smith is assisted by the SSFL president Merere Gonzales, who is the technical consultant at the organisation. Smith stated, “I want to have a product suited to T&T’s progress; it’s the way we teach the game and getting coaches to buy into it. This (Concept Coaching) is an assessment platform and competition is the best way to assess players and coaches.”

“I don’t see other academies or coaches as competition because I look at the bigger picture where we (Trinidad and Tobago) are ranked in the world as well as our ability to battle other countries, and I see that we are a bit behind. So, I would wish to get the other academies on board to help fix that issue and bridge the gap at the national and international level.”

“Last year, I hosted an under-14 tournament where St Benedict’s College participated and reached the final. At the end of the previous school season (2022), their coach, whose team won the division, admitted that the Concept Coaching competition helped to develop his team for that title – and that’s what I want to hear more of.”

The upcoming Girls Under-17 tournament will be the 15th competition hosted by Concept Coaching – the third one for girls. One standout player from previous competitions is T&T starlet Moenesa Mejidas, who played for Trincity Nationals in the 2019 edition of the Girls Under-20 tournament. She was regarded as one of the best young midfielders as the country, scoring over 100 goals for her school, El Dorado East Secondary.

Mejidas went on to represent T&T for the National Under-17 Girls team, then at the 2018 Youth Olympic Games (youngest scorer in the competition’s history) and the 2022 Concacaf U-20 Women’s Championship. Her excellent performances landed her an opportunity abroad where she signed for American college team, West Texas A&M University. This year’s competition will be a one-day event and will feature six teams – Ball Blasters Football Academy, Cox Football Academy, Bishop’s High School, Black Panthers Women’s Sports Club, RSS Phoenix Football Club and Jewels Sports Club.

Whereas only one Trinidadian team (Cox FA) will be at the tournament, the Tobagonian teams were excited to participate and continue their focus-driven evolution on the sister isle.

“There is a reason why they are the National Under-15, National SSFL and National Intercol Champions. It is because they are consistently playing together and playing competitively”, said Smith. The tournament will be in league format where each team will play each other once and the team with the most points will be crowned champions.

The teams will line up in the usual 11v11 structure, each playing five 20-minute games (ten minutes per half) throughout the day. The top three will be awarded along with special prizes for various disciplines including Most Valuable Player, Golden Boot and Most Outstanding Coach.

Smith also announced, “I have a longer version of the tournament in store for the future and I hope that the participating teams, as well as more teams from Trinidad, will be willing to compete again.”

After closing the curtains on this tournament, Concept Coaching’s next mission will be to host a ten-team league for the boys under-8 division spanning across nine Sundays. An official date for the tournament is yet to be determined.