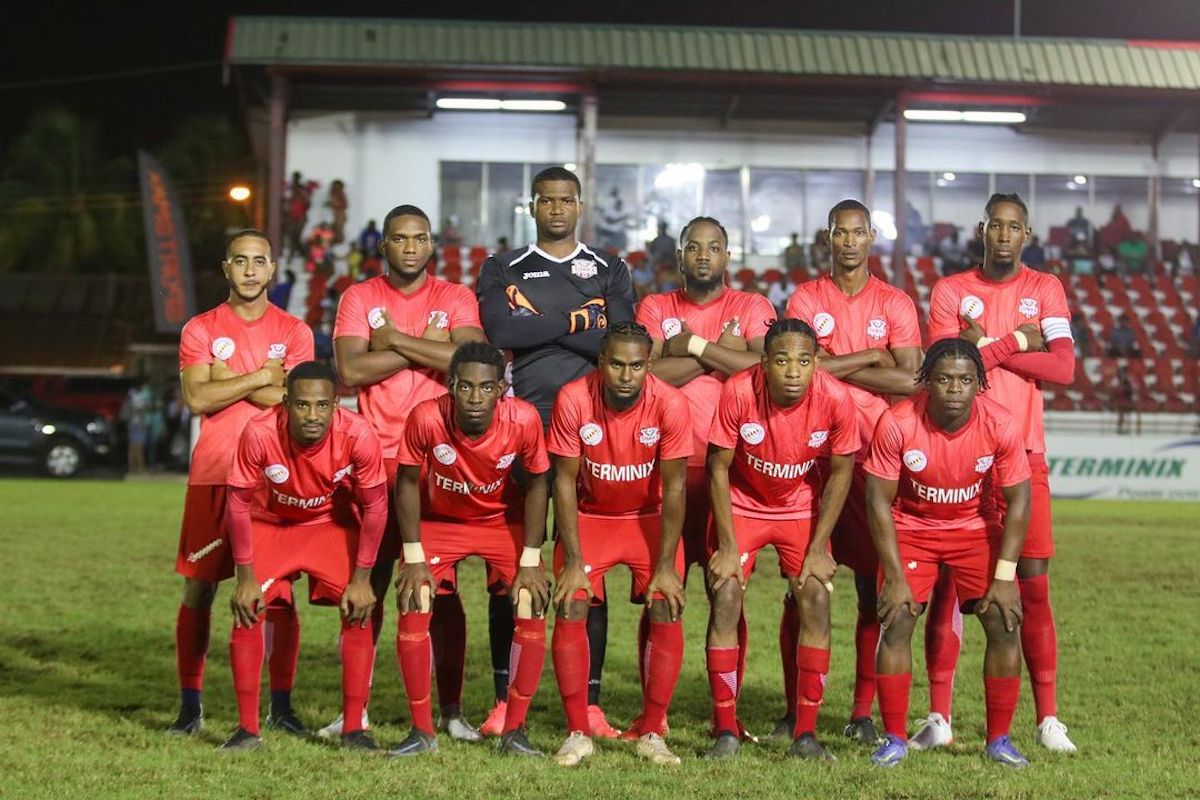 POLICE moved to second spot in the Ascension Invitational Football Tournament after edging AC Port of Spain 3-2 on Sunday, in a 13th round encounter at the Police Barracks, St James.

But Terminix La Horquetta Rangers stayed on top of the ten-team points standings, with 35 points, following a 2-1 victory over Real West Fort United at the La Horquetta Recreation Ground, Arima on Friday.

Defence Force failed in their quest to keep pace with Rangers as they were held to a goalless draw by the struggling Cunupia FC, on Saturday, at the Arima Velodrome.

Police have 30 points from 13 matches, followed by Defence Force (28) and Deportivo Point Fortin (27).

Rangers are the only unbeaten team in this tournament.

On Friday, in the second game of a double-header at the La Horquetta Recreation Ground, they were rewarded with goals from Daniel David (18th minute) and Kadeem Corbin (57th), while Real West Fort United benefitted from an own goal from defender Jesus Perez, in the 24th.

Jervelle Turner pulled one back for Moruga, with six minutes remaining in regulation time.

Cunupia FC, who have slipped from second to sixth place, earned a valuable point against the Army-Coast Guard combination, in the latter of back-to-back matches at Arima.

However, AC Port of Spain registered a pair of goals, in the dying stages of the match, courtesy Kyle Bartholomew and Che Benny.