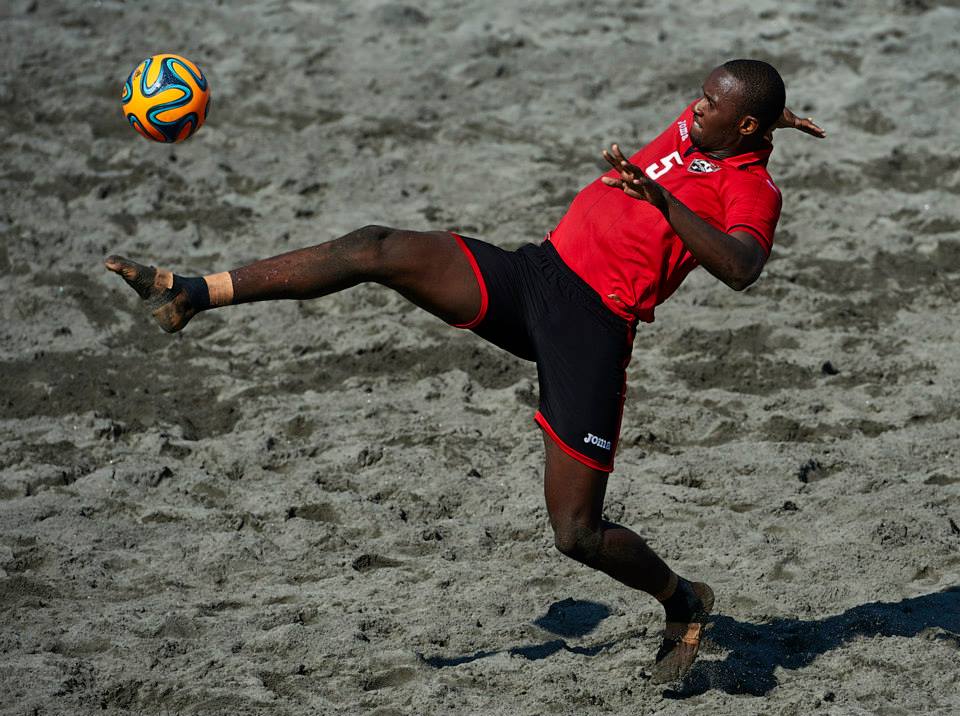 He was educated initially at the Hope Anglican Primary School and then went on to the Signal Hill Secondary School. He completed his academic education at the University of South Carolina.

Hislop has two older brothers and was raised in an extended family situation that included his mother, father, grandparents, aunts and uncles. “I grew up in Tobago, but moved to Trinidad at the age of 15 to a live-in camp with the National Under 17 football team in 2001 in preparation for the U-17 World Cup that was hosted by Trinidad and Tobago,” he said.

After the tournament, he returned to Tobago and completed his Caribbean Examinations Council (CXC) exams. Shortly after he left for college.

Hislop currently manages and co-manages his family businesses, as well as some personal enterprises. He plans to grow these businesses to a point where they are self sufficient and self sustaining so that they can provide financial and social stability for his family.

“I also hope that these businesses can provide the means for me to venture into my numerous innovative projects/initiatives I have in mind. I hope to improve the socio-economic landscape of Tobago,” he says. A believer in individuality, Hislop thinks that no two people are identical. “Everyone should try to find their own path, he says, “I am also a strong believer in a positive mindset.” He adds, “I'm in strong support of personal progress and development; if every day or week or month or year I can see growth in any aspect of my life, as long as there is improvement, there is success.”

Above all though, Hislop is an enthusiastic footballer. As a result, he has had the opportunity to travel to many countries, particularly in the Caribbean, Central and South America. These include, Grenada, Barbados, St. Kitts and Nevis, St. Lucia, Haiti, Cuba, Jamaica and The Bahamas. In Central and South America, he has visited Mexico, Belize, Uruguay, Paraguay, Panama, Guyana, Guatemala, Argentina, Brazil, and recently El Salvador for the second time. He has also visited Bermuda and he studied in the United States of America.

In the future, Hislop hopes that his travels will allow him the opportunity to be more immersed in the local customs of whatever country he visits. He would especially like to visit some of the European countries.

Of Tobago, Hislop said, “Tobago is at the doorsteps of needed socioeconomic and infrastructural development. I think that we Tobagonians need to improve on efficiency. Too many times I have noticed the processes involved in getting things done aren't done in an efficient manner; whether it is poor planning, management or impractical applications. Things, in my opinion, aren't done as efficiently as they can be. There are many simple tasks that consume too much time and energy. We are living in the 21st century with a multitude of innovative and technological advances that make doing things so much easier, faster and more efficient. Almost everything is a click away. I am aware that everything cannot be solved with a click, but there is so much that can be achieved, sometimes just by approaching a situation in a different manner, or with a small change in mindset. I am hopeful though since I see small and varied instances where innovation and technology is creeping into the Tobago landscape, and bringing with it the potential for great development.”

Hislop says family is very important to him as it is the foundation of a stable society. He believes it is important that each human being experiences the love and comfort of a stable family atmosphere, and that sense of belonging, safety and stability builds a foundation that has the ability to improve, not only the inner working of direct family members, but also the community in which that family dwells.

“Yes, there are opportunities out there, and yes, many young people do not know what they want, and have it easier than in the past. But, many of us are working hard and are trying our best. Sometimes we are not rewarded appropriately and not afforded opportunities for upward mobility so that we can aspire to stability and security before our internal clocks wind down. So, much more can be done and can be achieved. I am hopeful that systems can change and allow for improved productivity from our young Tobagonians,” he states.