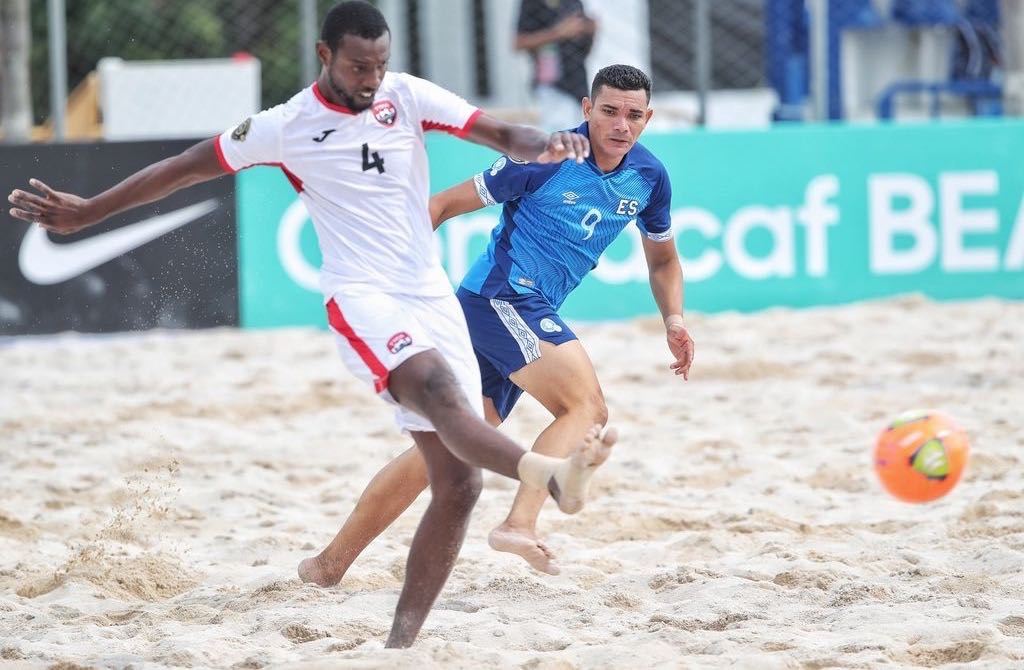 T&T’s beach soccer men made their exit from the Concacaf Beach Soccer Championship (CBDC) on Friday after being hammered 9-2 by El Salvador in a quarterfinal encounter in Alajuela, Costa Rica.

The win came courtesy of hat-tricks from Ruben Batres and Valasquez Henriquez, and an overall commanding performance by the Central Americans.

The El Salvadorians, who went into the match as the leading scorers at the end of the group phase, wasted little time in taking the lead. Goalkeeper Eliodoro Portillo picked himself up after being fouled by Kevon Woodley earlier and fired a powerful grounder that lifted over the dive of Gray with only seconds gone.

The third minute had barely gone and El Salvadorians were two goals up. Darwin Ramirez’s long-range effort bounced awkwardly off the crossbar for Exon Perdomo to pounce on it. But the Trinbagonians pulled one back from a freekick by Woodley, picking himself up after being hacked down close to goal, and he beat Portillo in goal.

T&T trailed 1-2 at the end of the first period and conceded another goal early in the second, when Gray handled the ball outside his area and Batres opened his account with a fierce low drive that Gray had no chance of holding.

Batres would complete his hat-trick by scoring his team’s fifth and seventh goals, both of which came in the third period of play.

Henriquez on the otherhand scored all his goals in the third period, all of them coming from ferocious strikes. But despite their dominance however, there were moments of brilliance for the Trinbagonians, reminiscent of their abilities.

With the score at 3-1, Gray was put into the spotlight as the referee pointed instantly to the penalty spot when Urbina Hernandez was brought down inside the danger area. However Hernandez’s effort was pushed wide from the penalty spot.

The save lifted the Trinbagonians somewhat, until an own goal by Jesse Bailey gave the El Salvadorians a 4-1 advantage at the end of the second period, and dropped the heads of the men in all white.

The third session was a period of punishment for the battling T&T men. And despite a goal from Omari Baird, lifting the ball over an onrushing Portillo during the run of play that reduced the scoreline to 6-2, it was mainly the heroics of Batres and Palasquez that dominated the affair in that session.

The El Salvadorians will now be hoping to go all the way after finishing third in the last three championships.