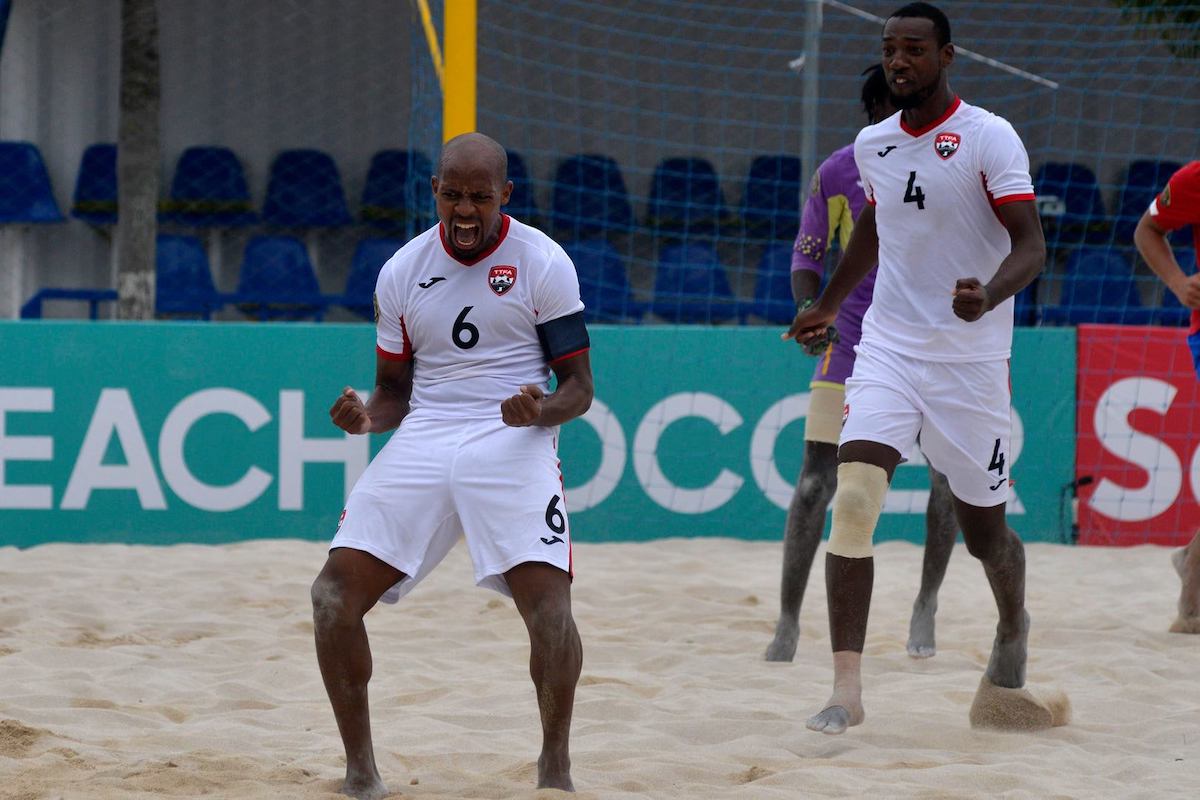 THE covid19 pandemic proved to be a huge challenge on the national beach soccer squad, according to team captain Ryan Augustine.

The team were eliminated in the quarter-final stage of the Concacaf Beach Soccer Championship, which took place last month in Costa Rica. The T&T team, under the guidance of Ramiro Amarelle, were trounced 9-2 by El Salvador, in the round of eight, on May 21.

During an interview last Thursday, Augustine acknowledged, “A couple years ago, we had a couple players, myself (included), who would have played outside of Trinidad, who would have played all year round. Now, none of us play full-time or even part-time per se. The pandemic had a bigger part to play I think, across the board. Most players were not very active. It definitely had a huge negative impact.”

The T&T captain continued, “The number of challenges we had to overcome – fitness alone, players sacrificing time after their jobs to come to training and having to go into a bubble. It’s definitely a bit stressful.”

The T&T beach soccer team had a two-week long camp in Paraguay before going to Costa Rica for the Concacaf Championship.

“The camp in Paraguay was great,” said Augustine. “The pandemic had a huge part to play in our transition to Costa Rica, because of issues with flights. The camp, in general, was very positive.”

On the flip side, Augustine said, “It was sad to see our performance in the tournament. Not using the pandemic as an excuse but a combination of a couple things led to us not really having a great showing, which was very unfortunate.” About the challenges, Augustine mentioned, “The pandemic, the stress that it had on the team. Everybody is dealing with the pandemic but it definitely took a toll on us.

“I think the disconnect for a lot of the team in competing year-round. Because we lack so much structure, and we don’t even have a league, the results, where we’re actually at shows.”

Augustine is eager to assist the future crop of T&T beach soccer players.

“I am motivated to stay involved and help in the progression of the sport, and supporting the younger ones coming up,” he said. “Where we’re at now is a big step from where we were when I had started. When I started, we didn’t have any experienced players to learn from. Now we have a pitch in Couva (next to the Ato Boldon Stadium), we have lights at the pitch, we have the Home of Football where we can stay in.

What did he learn most from the Concacaf campaign?

Augustine replied, “I think it brought the more brutal reality to the surface, of where we are, in football in general. It just reiterates the point that we have to do more.

“Without structure and a place for players to play, to develop and have that commitment to the game, no matter how talented you find Trinidadians (and Tobagonians) are, we are going to suffer. If we don’t do something sooner or later, we’re going to hit rock bottom. The only way to come out of that is to start from scratch.”