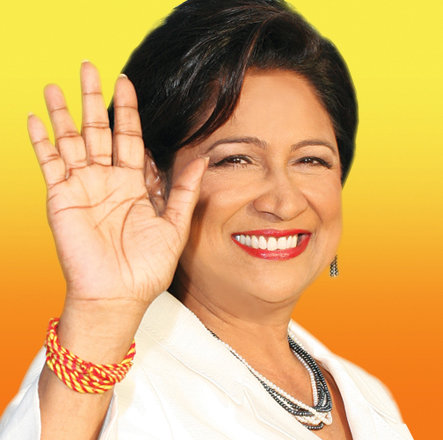 Warner is Chairman of the United National Congress (UNC), which is the dominant party in the ruling coalition government. On Friday, the TTFF was ordered by the High Court to send Warner a pre-action protocol letter after his repeated refusal to produce 2006 World Cup accounting documents.

In the past week, he was: described by Justice Devindra Rampersad as a "renegade agent", accused by the TTFF of monopolising its most lucrative account and refusing to provide bank statements, called an enemy of football by past and present national football icons and denounced by the Federation of Haitian Football (FHF) and FIFA for allegedly misappropriating emergency aid funds in the wake of a devastating earthquake that rocked Port-au-Prince on 12 January 2010.

Prime Minister Persad-Bissessar and the UNC are yet to comment on the development.

Persad-Bissessar, when questioned by Wired868.com on allegations over Warner's handling of the aid money, said that there was no need for action by the head of the government.

"From what I understand, the relevant bodies are already investigating the matter," the Prime Minister told Wired868 in a telephone interview on Thursday evening.

Wired868 told the Prime Minister this was not the case as FIFA had already come to its conclusion that the funds had not reached Haiti. A UK Sunday Times exclusive revealed that $4.4 million (US$690,000) was missing from a total of $4.76 million (US$750,000).

"Would the Trinidad and Tobago government initiate a probe?" Wired868 enquired.

"From what I read, the matter is being investigated," she responded.

Wired868 again sought to respectfully explain that FIFA's powers did not extend to rifling through local bank accounts or directing the Trinidad and Tobago Police Service and the global body was happy to offer details of its claim to the relevant authorities. But, with Wired868 in mid-sentence, the phone went dead.

The Prime Minister did not respond to follow-up calls or a text message.

Later that night, in a separate interview with television reporters, Persad-Bissessar repeated her stock response.

Persad-Bissessar was not corrected by the reporters or pressed for further comment.

Dr Fuad Khan, Health Minister and UNC Deputy Chairman, who courteously completed his interview, was even more adamant than his Prime Minister.

"Not at all," the UNC Deputy Chairman told Wired868.com. "We don't think it is necessary... It has not been discussed (by the party)."

Khan said he had not asked Warner about the scandal. He did not think it prudent to probe the allegations.

"It is very easy for people to say things," said Dr Khan. "If we run after every allegation, we would be running in every direction."

Wired868 enquired as to exactly what scenario would be deemed necessary of a probe or action from the party.

"If it is proven in a court of law, then that is different," he said. "We can allege a lot of things..."

The London-based Sports Dispute Resolution Panel (SDRP) found the TTFF and Warner guilty of defrauding the World Cup players of bonus payments in 2008 and the ruling was upheld by the local High Court in 2008. Both judgments chided Warner for his behaviour towards the legal bodies and the footballers, who were awarded Chaconia Gold national awards in 2006.

But that too failed to move the UNC Deputy Chairman.

"Isn't that a private civil matter?" he asked.