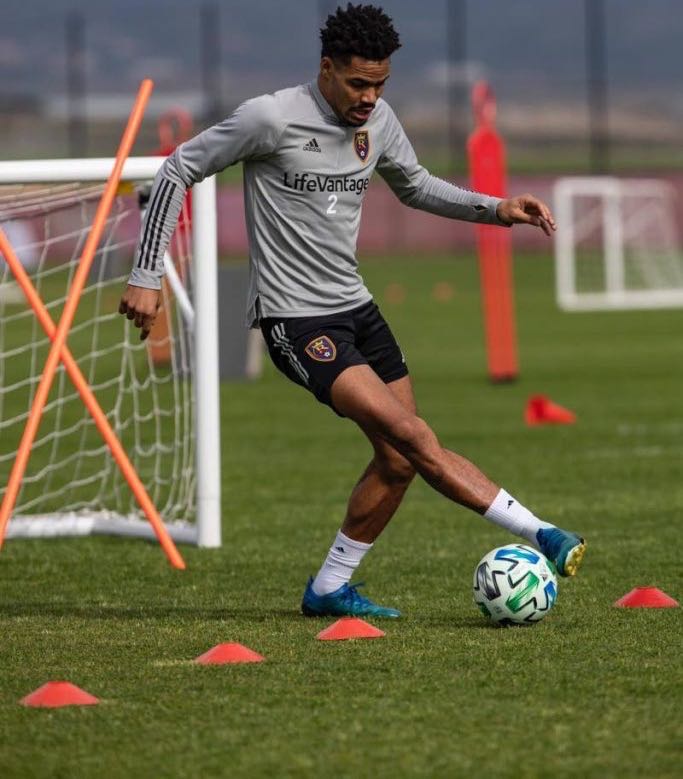 T&T Soca Warriors quartet Joevin Jones, Kevin Molino, Alvin Jones and Greg Ranjitsingh will be back in action when Major League Soccer (MLS) returns in Orlando, Florida at the ESPN Wide World of Sports Complex from July 8 - August 11 in the mini “MLS Is Back tournament.”

Unlike the English Premier League, Spanish La Liga, German Bundesliga and Italian Serie A, which have returned with its normal league format, this tournament will have a FIFA World Cup-style with all 26 teams divided into six groups. Upon completion, MLS plans to continue its regular season with a revised schedule.

Newsday spoke with the quartet about the MLS’ return amidst the covid19 pandemic and their thoughts on the Black Lives Matter movement, after MLS recently formed the “Black Players Coalition of the MLS.”

Newsday : As part of the champions side Seattle Sounders, how much do you think the new World Cup-style MLS format will make it more easy or difficult for Sounders to win?

J Jones: I think it’s the right format at the moment since they (MLS) don’t know what is going to happen afterwards given the virus and if we continue league right away if it would be cancelled. As a team, we (Seattle Sounders) are always looking to compete and win everything we play in.

Newsday: Having played European football in a country that has won multiple World Cup titles, how has that experience already improved your game?

J Jones: It definitely helped my game, it’s a strong recognised league. The people in Germany are more passionate about the league, it’s more physical and many second divisions around the world are like that. I thank God for the opportunity to play in Germany because as a kid growing up, I always wanted to taste European football. I was there for a year and due to family reasons I came back to Seattle, but I wouldn’t rule out going back to Europe.

Newsday: Is the thought of playing in Europe something you are thinking of doing one day?

K Molino: For me, it’s whatever God has in store. If he thinks that is my next step I will accept it with open arms. I’m in the last five months of my contract so we will see. Family is a big deal for me and I really want to be with my son, so if I have made that sacrifice for him, God is the boss and that’s the guiding principle of my life and all my football choices. I’m the type to make and score goals for my team so I want to push myself to add more goals to my game for now.

Newsday : Although first called up to the Trinidad team in 2016, it was only last year that you made your international debut, coincidentally, versus birth country Canada. Outside of MLS, what are your career goalkeeper ambitions with the Soca Warriors?

G Ranjitsingh: Although international football is on pause due to the virus, excelling at the club level will only help. So when those calls up come you are ready to represent your country in top form. It was great to come to Minnesota and have a familiar face in Kevin (Molino) in the locker room. So it’s great to have a fellow countryman and player very experienced in the MLS who I can relate to.

My goal has always been to play at the highest level in North America, which is the MLS, and push to be a starting keeper.

Newsday : Before playing in the MLS, are you glad to have experienced the USL instead of coming into the MLS from W Connection in the TT Pro League ?

A Jones: The USL definitely helped me a lot in my career coming into the MLS. I was thankful for the opportunity at OKC Energy. It was one of my goals going to USL to get to MLS after half of the season or one year of performances. The opportunity has come early as I hoped and I’m grateful. Real Salt Lake has a very experienced group of players with guys who played in the premier league, MLS and all around Europe like Giuseppe Rossi, Kyle Beckerman, Nedum Onhua, Justin Meram. As young players, we have so much to learn from them and I’m very thankful to be part of such a football club.

Newsday: Being in the USA, how has the Black Lives Matter movement affected or inspired you all as four of the many black and brown international players in the MLS ?

Molino: Sometimes it’s hard for me to voice my opinion on this because experiencing it is totally different from seeing or hearing about it. Coming to Minnesota I got a lot of information (that) a lot of Black people are killed not just by the police but in black on black crime. Now it’s time for us to put our foot down and value our lives because Black Lives Matter, but we have to come together as one. We as sportsmen have a big influence and impact a lot of people worldwide. So, I think it’s important that it starts with us.

J Jones: I think this a good move by the black community. It’s been a while this has been going on and we are in 2020. It’s time we stand up for each other In my career I’ve never experienced none of those things, but I stand firm with the Black community and support it 100 per cent. I’m very proud to be part of this league and club where I’ve won trophies as we make this stand.

G Ranjitsingh: This movement is incredibly important. A lot of people of colour whether black, brown we experience these things on a daily basis and it doesn’t always come to light. Growing up in Toronto, which is an extremely diverse city, I didn’t understand racism because a lot of my friends at my wedding came from Caribbean, Asian, South American descent.

It was until I came to the USA going to school in Georgia understanding the history of the southern state and it not being that diverse that’s when I started to recognise these issues directly, among my college friends or team-mates.

A Jones: As the saying goes “who feels it knows it”. So although I was never a victim, it’s my second year in America and just seeing how passionate and hurt black people out here are feeling we need a change.

Yes, everyone’s life matters, but all we all black Africans are asking is for us to be equal.