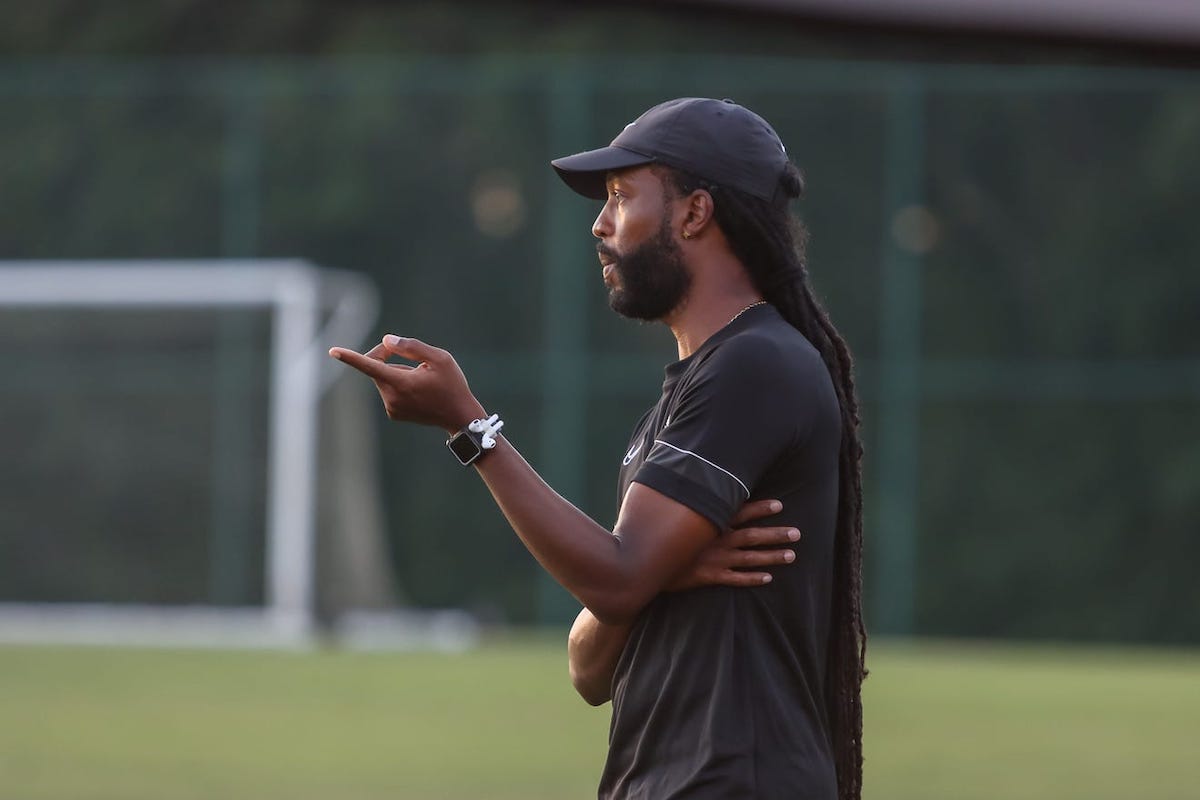 Neither a rainstorm nor an early deficit could thwart Pensacola FC on Tuesday as the team continues to mount a late-season push into the National Premier Soccer League postseason.

Relinquishing a goal more than two minutes into its final home fixture of the regular season, Pensacola responded with its highest scoring output in 2021 and came away with a 5-1 victory over Port City FC from Ashton Brosnaham Stadium.

The three points Pensacola collected with its winning effort was crucial in the squad’s hopes of holding another home game — only this time in the postseason. The top-four seeds in the Gulf Coast Conference earn a spot in the playoffs, with the No. 1 and No. 2 seeds each hosting a conference semifinal game on July 14.

After Tuesday’s victory, third-seeded Pensacola (7-3-2) trails Southern State Soccer Club for the No. 2 spot in the division by two points. Each team has two matches left in their regular seasons.

“We played some excellent futbol,” Pensacola FC NPSL head coach Dean Logan said. “We knew coming into the game that this was going to be a difficult game for us, but we planned very well. We took our time in terms of what we were trying to do for the game. We know the opposition could have been very tricky, but we did our job.”

Phillip fills it up

With his team outplayed and falling into a 1-0 hole during the match’s first 10 minutes, Logan was impressed with how his players tactically responded, particularly its passing and pressure in the attacking-third of the field.

Operating out of a striker position, Kai Phillip was the beneficiary of the host team's ball movement.

He equalized the game in the 12th minute after putting home a cross from Dillon Gallet deep into the six-yard box. Then in the 28th minute, midfielder Kameron Bethell burst up the pitch and dropped a pass to Phillip just outside the 20-yard box. With a quick turn up the field, Phillip lost his defender before winning a one-on-one with the goalkeeper to give the home team an advantage it wouldn’t squander.

“He’s a special little player to us,” Logan said. “He fits my style of play and fits our team’s chemistry. As a true No. 9, he just causes lots of problems for the defending team. He had a wonderful match tonight.”

Hailing from Trinidad and Tobago, Phillip says he watches videos on world-class players at his position before every match. He notes Robert Lewandowski, the Polish striker from Bundesliga club Bayern Munich, as his favorite player. Beyond the video inspiration, Phillip is always looking forward to the next rocket he can blast.

“I always try to stay positive and if I make a mistake, I keep positive and say ‘the next one I have to do better,’” Phillip said. “I got my chances. I missed a few, but I kept my head up.”

Playing collegiately out of Salt Lake Community College in Utah, Phillip, as a freshman, helped the Bruins win the NJCAA national soccer championship in June. He is one of many players that joined the Pensacola FC NPSL midway through the season.

“It’s been really good. (The team) has welcomed me with open arms,” Phillip said. “We have some players that are really warm-hearted.”

Phillip names defender Samuel Richards, attacker Prince Owusu, midfielders Michael Lightbourne and Sean Reynolds as the players he’s bonded with the most. Lightbourne scored his third goal of the season Tuesday while Owusu added a pair of assists.

Help from near and far

Another impactful midseason addition has been Jabari Hylton. Scoring in the 81st minute, the attacker leads the team with eight goals. His production comes despite debuting for Pensacola FC five matches into the year.

Playing on club teams throughout the world, Hylton has also made an appearance on the Jamaican Senior National team. His transition onto the roster has been smooth and he credits Logan, who is from Trinidad and Tobago, for that.

“It’s been great and the coach has been brilliant,” Hylton said. “He’s from the Caribbean like me as well, so he’s helped me settle in and become a part of the team.

“Coming from a different island and country, it’s been easy settling in and getting accustomed to the team. I’m very grateful for the team and we have a great squad.”

While there’s plenty of intentional flavor on the NPSL roster, the area is well represented. The team features 11 players with current or past local ties. One of the players doubles as one of the elder statesmen on the squad: Gallet.

Concluding an accomplished career at the University of West Florida in 2013, the 28-year old attacker is now in his fifth season in a Pensacola FC uniform.

“It’s great for me personally because it makes me feel young,” Gallet said. “Just being able to play with guys who are actively playing at the collegiately level and the professional level, it’s a great experience for everyone to come together.

Winners of four of its last five matches, Pensacola is arguably playing its best futbol of the year. The team has produced four or more goals in its last three contests. However, there’s still work to be done to clinch a home semifinal.

Pensacola faces Florida Roots FC at 7 p.m. Thursday from Panama City Beach. Florida Roots (1-9-2) are at the bottom of the Gulf Coast Conference standings, but earned a 3-3 draw at Pensacola on June 16. Port City (4-8-1) gets a second shot at Pensacola in the regular-season finale Saturday from Gulfport, Miss.

“This game is over, we prepare for the next game,” Logan said. “The most important game for us right now is Thursday. We know the opposite has nothing to lose. For us, we’re trying to secure the No. 2 spot for the playoffs. We have the momentum going, but we have to be humble, we have to be disciplined and (enter) the game like it’s our final match.”