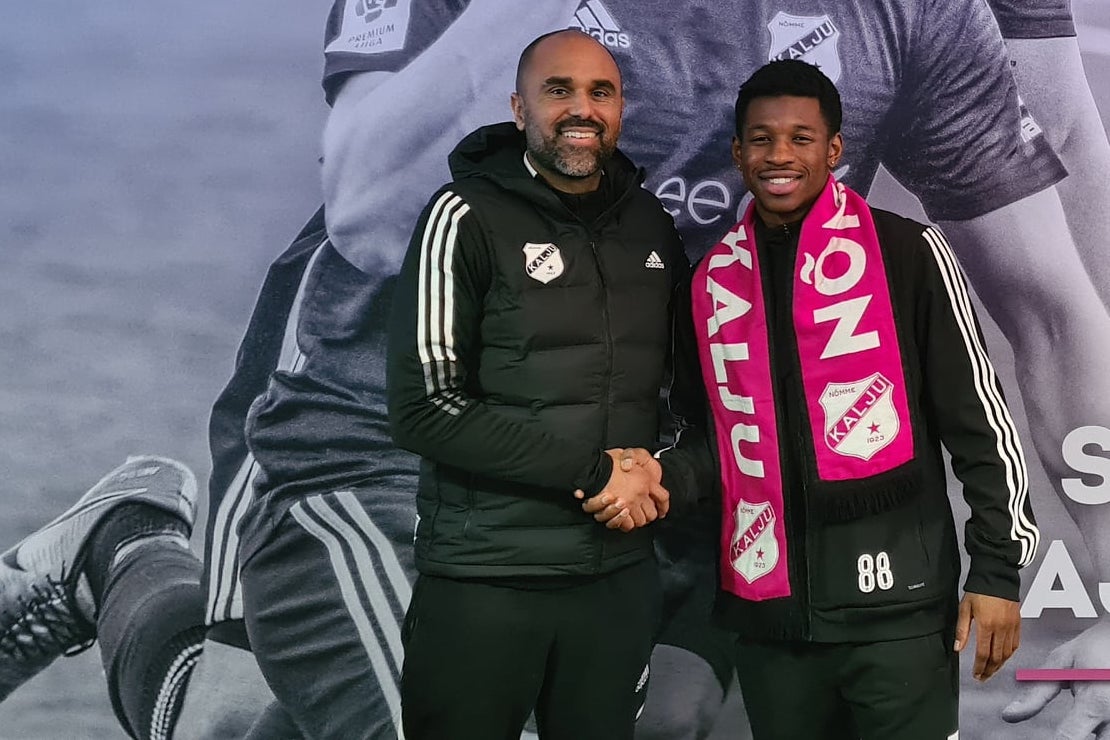 "I am very excited to start this journey with Kalju. Of course, I am grateful for the opportunity and I look forward to competing in Europe with my teammates. I clearly understand Nõmme Kalju's ambition and I am honored to be a part of the history of this club, ” said Dre Fortune, who played in the USA's USL Championship last season.

"I look forward to the start of the Premium Liiga and getting to meet our club's fans," added Dre.

"Dre joined the team during pre-season training at the beginning of January and during that time I have had a good opportunity to get to know him better. He is a highly technical, talented midfielder who brings a lot of quality to our offense. ”, said Kalju head coach Eddie Cardoso.

Kalju Sports Director Argo Arbeiter added: “One important link is in place. In Dre we get the necessary creativity and quality in the midfield, he is a good goalscorer who can also be a playmaker.”

Dre was a member of Memphis 901 FC last season in the American USL Championship, and he also represented Trinidad and Tobago.

Born in Raleigh, North Carolina, the footballer began his career at the North Carolina FC Youth Academy. Dre's good technical skills quickly gained international attention and in 2011 the offensive midfielder was invited to train at FC Barcelona and Manchester City academies. Unfortunately, the journey ended with a fractured leg  and the young footballer returned to America.

Andre was close to signing a professional contract at Vitória FC, Aarhus Gymnastikforening and Servette FC, but eventually signed with then USL Championship club Rochester Rhinos in 2015. In 2017, Fortune returned to his home state and signed with North Carolina FC, where he played until 2020 and won the MVP award.