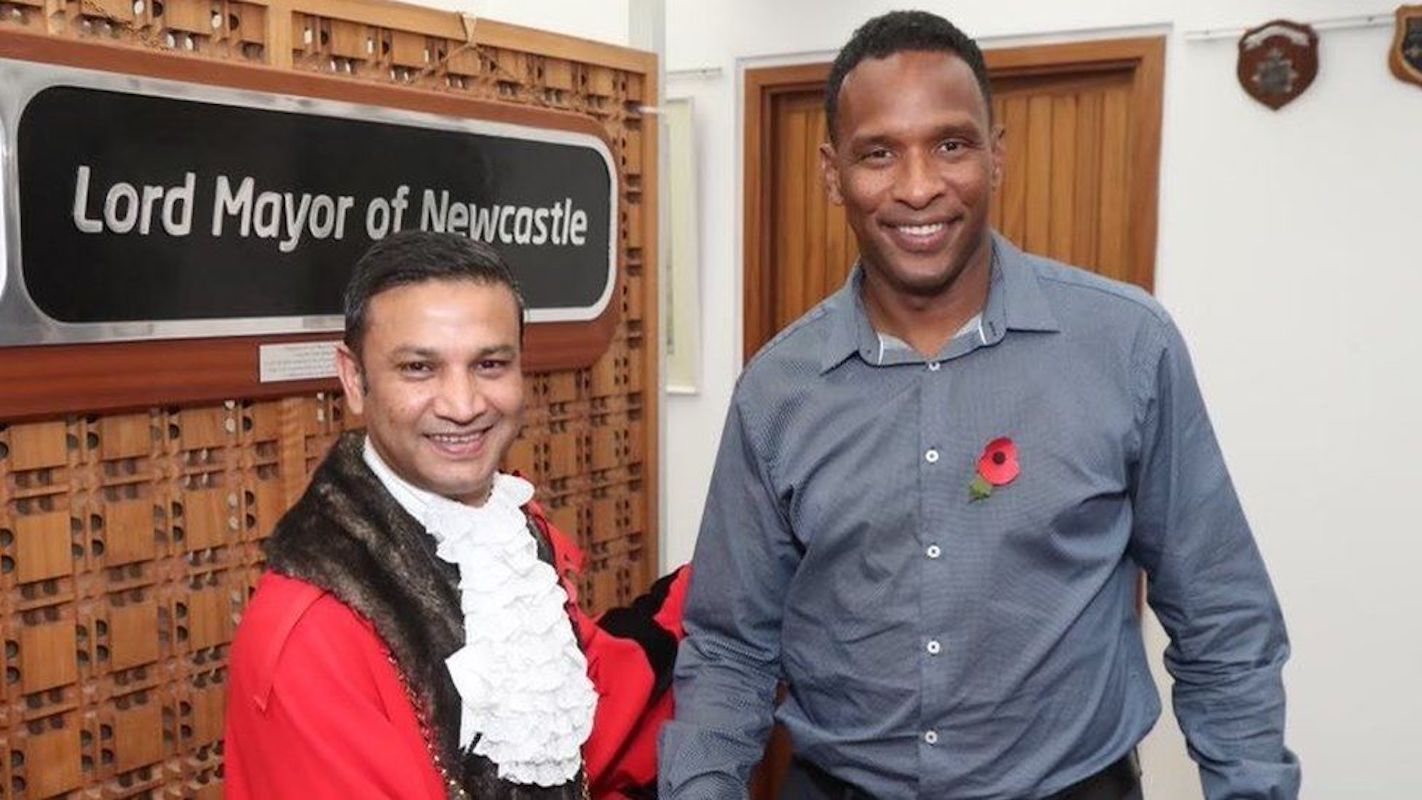 Newcastle United legend Shaka Hislop is to be awarded the freedom of the city.

The 53-year-old is getting the accolade for his key role in setting up anti-racism charity Show Racism the Red Card in 1996 while playing for Kevin Keegan.

Newcastle City Council is expected to approve the move next week.

Lord mayor Habib Rahman said it was "absolutely well-deserved" and Mr Hislop was "exactly the kind of Geordie citizen we should consider giving our highest honour to".

His decision to combat discrimination came after a well-known incident in which he was racially abused by a group of youngsters at a petrol station opposite St James' Park - before one of them realised who he was and came to ask for autographs instead.

The charity, with its headquarters in North Shields, grew out of a £50 donation and letter of support that Mr Hislop sent to founder Ged Grebby.

It now delivers educational sessions to more than 50,000 people across the UK every year, the Local Democracy Reporting Service said.

Mr Rahman, the lord mayor of Newcastle and a passionate anti-racism campaigner, said: "There is no one more deserving than him, for everything he has done as a player for Newcastle United and as an ambassador for Show Racism the Red Card in helping to make our wonderful city the diverse and tolerant place it is.

"I would be honoured, as the city's first black lord mayor, to offer Shaka Hislop the Freedom of the City."

If approved by councillors next week, the former Trinidad and Tobago international will follow in the footsteps of the former Bishop of Newcastle Christine Hardman in being granted the honour.

Mr Hislop joined Newcastle in 1995 and spent three years at the club, finishing runner up in the Premier League twice. He went on to play for West Ham and Portsmouth and retired in 2007.