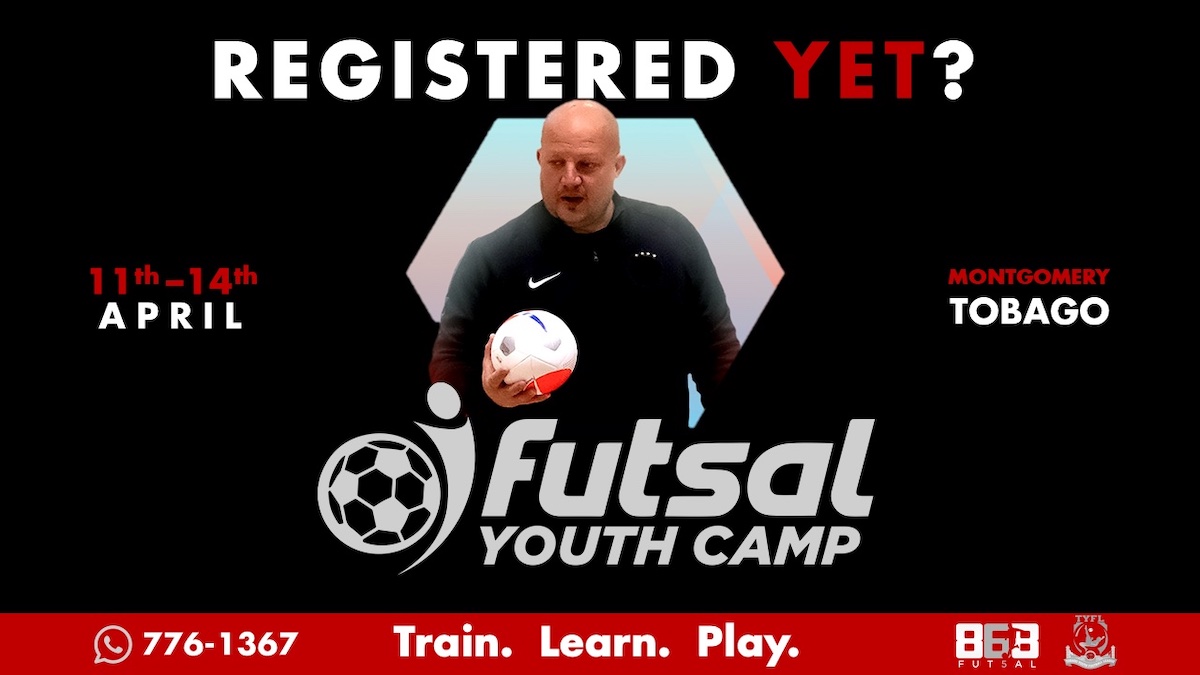 After two years of on-field inactivity,the Futsal Association of Trinidad and Tobago (FATT) and the Tobago Youth Football League will host a Futsal Youth Camp this month.

The Camp–operating as a “safe zone”—will be held from the Monday 11 to Thursday 14 at the Montgomery Hard Court in Tobago.

Both co-hosts of the Youth Camp are proud of the partnership acceptance by regional financial institution, Republic Bank Limited through their Power to Make A Difference programme.

“The Futsal Youth Camp will be one of FATT’s signature events held during the school breaks. This venture is part of the intersect between Grassroots and Player development—two of the five pillars of FATT’s 2024 Strategic Plan.” said Geoffrey Edwards, FATT’s president. He continued: “Starting in Tobago was the brainchild of our zonal representative, Mr. Richard Goddard and his continued impressive dedication to building the sport on the island.

“This is bolstered by the forged partnerships with corporate Trinbago such as Republic Bank and our growing international Futsal network of esteemed professionals such as Ben Tadmor who have pledged continued support for the development of local coaches and players.”

Auriol Small, Republic Bank Area Manager, Tobago said: “We are excited to support and partner with the FATT and the Tobago Youth Football League as they launch the first Futsal Youth Camp. The Bank remains committed to its agenda, through the Power to Make a Difference programme, to develop and generate greater participation among young boys and girls in sport. We believe that through this partnership, we can empower youth to develop their true potential and help shape society for a brighter and more sustainable future. Additionally, I love that young girls can participate in this camp as we help make the beautiful game of football more inclusive for all.”

“We are honoured to partner with FATT to host this amazing camp in Tobago. Youth development through sports remains a top priority for us.”