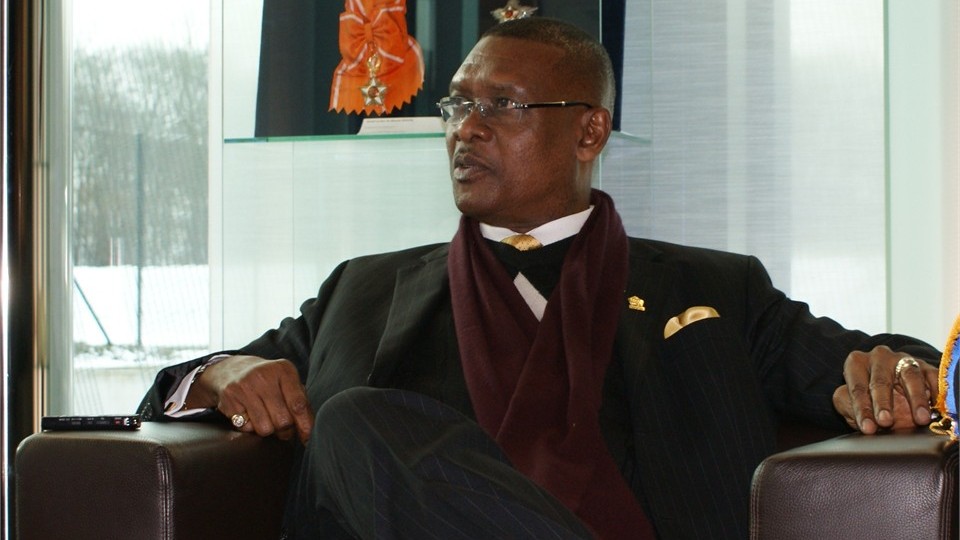 The Trinidad and Tobago Football Federation (TTFF) will this week pay out an undisclosed sum to 13 member of the 2006 World Cup football team, thus ending a protracted seven-year bonus dispute.

Responding to enquiries, player representative Brent Sancho told the Express that he was informed that the TTFF will hold an official media conference this week announcing payment. Sancho was especially thankful to new TTFF president Raymond Tim Kee for bringing the issue to a final resolution.

“It was something that he (Tim Kee) said he was going to do and I have to thank him for keeping his word,” Sancho said. “I think getting this issue resolved also paved the way for the TTFF going forward”.

When he came into office in November 2012, Tim Kee acknowledged there was a debt to be paid to the players, and that he would make all efforts to settle it, even if it meant taking a loan from football governing body FIFA, or the Confederation of Caribbean, North and Central American Football Association (CONCACAF) which governs the sport in the region.

Yesterday, a high-ranking TTFF source confirmed that payment was ready. It was revealed that the funds were made available recently and that all that was needed was a “payee to whom the cheque should be addressed. That was done in the last two days,” the source said.

Commenting on the benefit of the agreement to the game, Sancho said: “This settlement is also important to the development of the current national football team with the CONCACAF Gold Cup just around the corner.

We all know that one of the main problems facing the TTFF is funding, with the Ministry of Sport being their sole supporter at the moment. It now gives the TTFF the chance to be more self sufficient and with this issue now solved, be able to approach corporate Trinidad and Tobago for funding.

“Local businessmen will now know that they can invest their money into football and the local team, without fear that their money will go elsewhere.”

Former national defender Sancho did not disclose what figure was settled on, but agreed that some compromises were made for the greater good of football. He said that the issue had gone beyond just recouping millions of dollar in revenue which was accumulated by the 2006 World Cup Local Organising Committee chaired by former FIFA vice-president Jack Warner

”We cannot disclosure exact figures, since some of the settlement covers things such as legal fees and so on,” Sancho said. But he added, “it is nice to see that the boys will get some type of bonus after what has been a long and hard battle, but this goes beyond just that.

Since 2007, 13 former national footballers have battled the TTFF under then president Oliver Camps and its special adviser Jack Warner for a share of revenues generated during the successful campaign which saw Trinidad and Tobago qualify for their first FIFA World Cup in Germany 2006.

The dispute also saw the players taking levy action and carting away the Federation’s office furniture in February 2012.

Among the victories won by the players was a 2008 ruling by the London-based Sport Dispute Resolution Panel (SDRP) that under the terms of a contract agreed to by FIFA Executive Committee member Jack Warner, they were owed 50 per cent of all commercial revenue earned by the TTFF from the 2006 World Cup.

The High Court of Trinidad and Tobago subsequently also awarded the players two interim payments. On October 11, 2011, Justice Devindra Rampersad gave the Federation seven days to pay an interim sum of approximately $4.2 million (US$710,000) to the 13 players. It was the second payment ordered by the judge following an initial $7.5 million payment made by the TTFF earlier in 2011.

Before Tim Kee took office, the TTFF had always maintained that it was bankrupt and could not pay the Warriors.