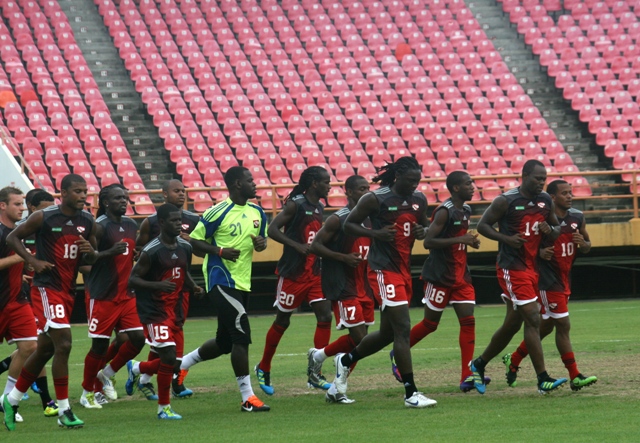 Trinidad and Tobago's Senior Team footballers will resume training on or around May 23rd in preparations for two upcoming friendly internationals away to Romania and Estonia next month.

Both games are being used to prepare the "Soca Warriors" for the 2013 CONCACAF Gold Cup which T&T opens against El Salvador in July 8th in New Jersey.

Earning a recall to the squad is St Ann's Rangers goalkeeper Jan-Michael Williams who skippered the team during the 2012 Caribbean Cup campaign. Vietnam-based midfielder Hughtun Hector is also in the squad along with Thailand-based defender Seon Power.

After missing in action since last December, Orlando City midfielder Kevin Molino is also back in the squad while Middlesbrough defender Justin Hoyte and Notts County midfielder Andre Boucaud have also been invited and have expressed their willingness to join the squad in London en route to Bucharest.

Stoke City forward Kenwyne Jones has been excused while Ipswich Town's Carlos Edwards may not be available due to a groin strain and is currently undergoing rehab.

T&T head coach Hutson Charles said he was keen to see some of the new faces in these two games.

"The Romania match is definitely one I'm looking forward to because it will give us a chance to see some of the boys coming back into the team and then some of the new faces like Justin Hoyte and Andre Boucaud," Charles told TTFF Media.

"I am particularly eager to see how the boys like Andre Boucaud and Justin Hoyte fit into the squad because we believe they will bring something of value to us. And then the return of guys like Kevin Molino, Khaleem Hyland and Hughtun Hector is a definite boost for us," Charles said.

The game versus Romania, currently ranked 34th on the FIFA world ranking, is scheduled for June 4th at the National Arena in Bucharest and tickets have already gone on sale there for the encounter which kicks off at 4pm Romania time. The full final squad will be announced inside the last week before the games in June.