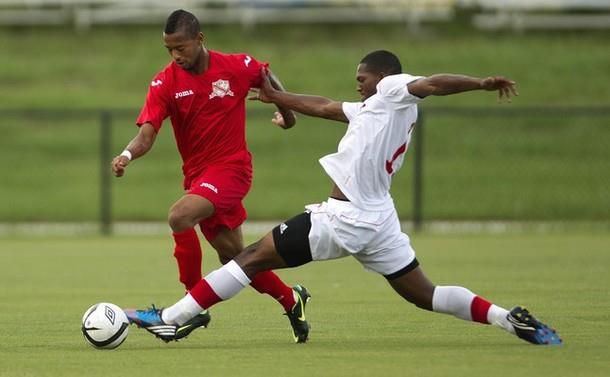 Former St Anthony College and Trinidad and Tobago national midfielder Lester Peltier says he has no problem, loves his country and would welcome the opportunity to play for the Soca Warriors if given the chance.

Peltier is currently in-form for his employer and has been scoring many goals. One of his goals helped ŠK Slovan Bratislava lift their 13th Slovak Cup just a few days ago and the Club is on course for a domestic double.

Last March however, the 24 year-old winger was described by T&T head coach Hutson Charles as problematic. "Lester is talented, but he needs to get a little more mature,” said the former “Strike Squad” star. “Twice we brought him back and there were problems and disciplinary issues since under Pfister. His problem is he feels it is all about Peltier."

Meanwhile a similar controversy was brewing with another player, Philadelphia Union midfielder Keon Daniel. The gifted midfielder refused to join T&T after initially accepting to join the Warriors invitation for the 2012 Caribbean Cup semi-final rounds and final in Antigua and Barbuda.

"Keon is a player we could have used but apparently he doesn't want to be contacted," head coach Huston Charles told Wired868.com. "We don't even know what country he is in... I think it is real immature behaviour (because) we spoke to him in St Kitts and he assured us he would come back."

On the flip side Charles went on to say, “Keon brings something different in terms of his football intelligence and vision.” “I think it is something that can enhance the team and we shouldn’t let that (ability) just go by the wayside.”

Co-head coach Jamaal Shabazz also told wired868.com, “It was a difficult time for Keon. He didn’t deal with it in the best manner. We didn’t delve too much into it… He is very introverted guy and he just disappeared…”

“He said he is sorry about how he dealt with it and he didn’t mean to disrespect anybody… He has expressed a commitment and we are happy to give him that opportunity again.”

Peltier however was not given such a luxury. He was supposedly dropped from the team and was never called up again for a series of matches including two against Peru and one versus Belize.

Now T&T is set to play two upcoming friendly internationals away to Romania and Estonia next month, which are in close proximity to Slovakia where Peltier is based; and yet again the speedy winger was surprisingly not included in T&T's 20-man squad. 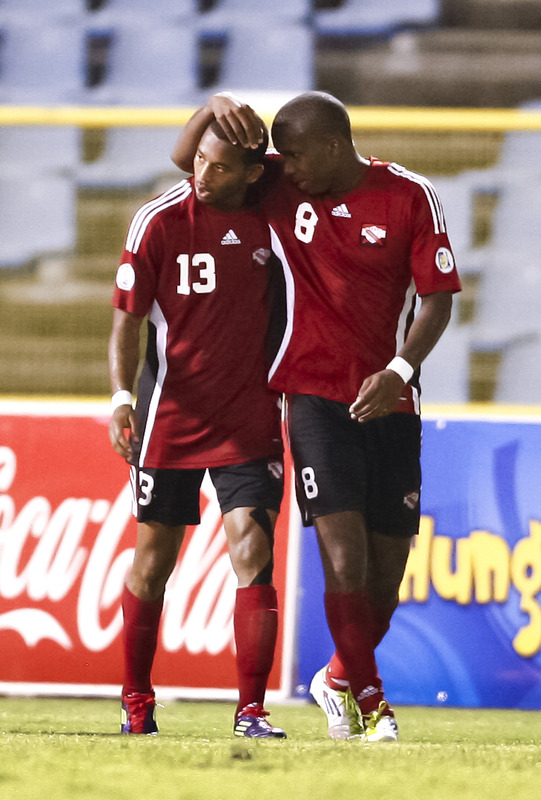 When asked if he was blacklisted Peltier replied, "I am not aware of being blacklisted."

Peltier further stated that he did not have an attitude problem and only expected the T&T coach to be a little more professional. "With regards to this alleged "attitude problem", all I have been is assertive at times where professionalism was lacking with the management of the national team," said the former San Juan Jabloteh winger.

"I love my country and always feel honoured to represent Trinidad and Tobago on the pitch. However, playing in Europe at a high professional level has indeed raised my level of expectations for the national team and there were instances where these expectations were not met and I expressed this."

"But I will like to move forward and will welcome any opportunity to play with the team." I didn't mean to disrespect anyone.  I just wanted things to be a little more professional, that's not much to ask?" "I respect the coach and if I am given the chance again I would love to don the Red, White and Black again."

"My league will be finished on May 27th and unfortunately I will not be going on vacation in T&T. I will be spending most of my time-off doing some personal training here in Europe in preparation for the Champion League qualifiers,” ended Peltier.


Copyrights of the Soca Warriors Online - Any press using the following article written by Inshan Mohammed are welcome to do so, provided that they reveal the source and writer. Furthermore, no portion of this article may be copied without proper credit as well.