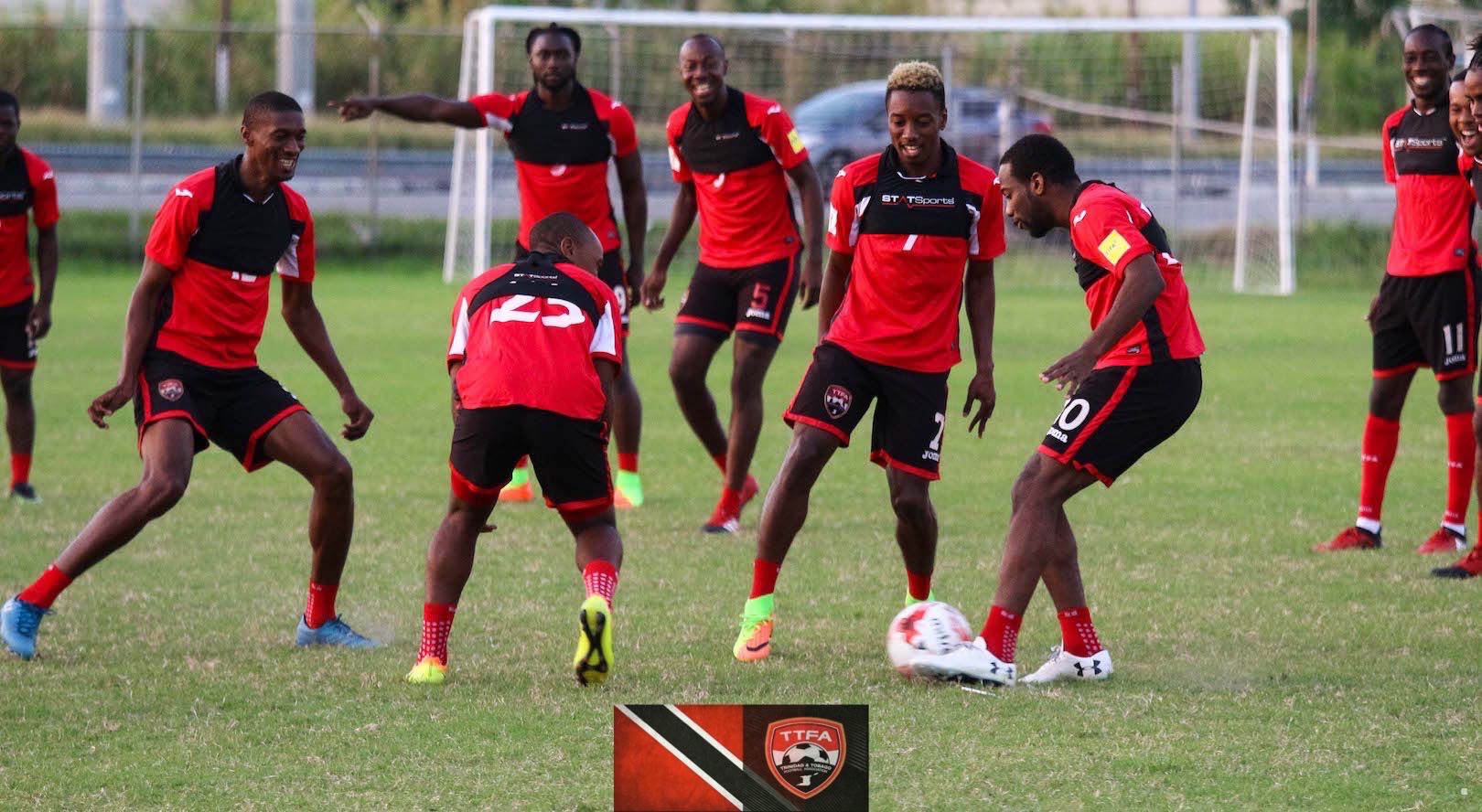 US-based Duo look ahead to Friday’s WCQ with Panama

Trinidad and Tobago United States-based duo of Kevin Molino and Kenwyne Jones are holding strong hopes of this country being able to revamp it’s World Cup qualifying drive with a victory against Panama at the Hasely Crawford Stadium on Friday from 7pm.

But for either of them, both into the MLS season with Atlanta United and Minnesota United, Friday’s encounter will be a strong test of character for the T&T outfit.

Molino is back in the team after last playing for the country in a 4-0 win over Dominican Republic last October in which he struck a hattrick, at the Ato Boldon Stadium.

“I’m very excited but humble about it. We have two games to take care of. First and foremost we have to take care of Friday’s game. All the guys have come in fit and ready to go and we are looking forward to the game. We will do our best to make the country proud and this is a turning point for us I believe,” Molino told TTFA Media on Tuesday.

With the inclusion of several new faces such as Jamille Boatswain, Alvin Jones, Hashim Arcia, Tristan Hodge and others in the World Cup squad, Molino said it was something he welcomed and was anticipating the team-building process.

“It’s always good to have new faces. They bring something new and I am very excited for them and happy for their call up to the World Cup squad. This is the opportunity for them to stay in the set up because the team is very competitive. I am happy to have them here and really excited to work with them and the new coaching staff,” Molino stated.

“It’s been bery professional since I came into camp. They are good leaders. They have been to a World Cup and they know what it takes to get there and I’m very excited and looking forward to the two games coming up.”

Jones, now with Atlanta United in the MLS, said he was confident Lawrence could have the players responding positively to what he wants of them over the next few days and also in Friday’s encounter.

“It’s very important and I think we are going to be working on that in all the training sessions leading up the to the game. Obviously for him (Lawrence) it’s going to be a work in progress and for us also. It’s all about the team buying into his ideas and philosophies and being able to go out and put that on display when the games comes around. I expect nothing different from him in terms of the things he is doing. I have known him for a long time and hopefully he shall have a successful stint and be able to push the team onwards to the goal ahead,”Jones said.

On the inclusion of Sol Campbell to the coaching setup, Jones commented “Sol has a wealth of knowledge and experience in the game in England and is a top class defender. Hopefully he will be a positive addition to the group. Without a doubt, when you have experience like that you have to take things on board because they’ve been through it all. He’s played in numerous World Cups and for the England national team for a long time as well as for top clubs in England. He’s going to bring invaluable experience to the team and hopefully the young defenders will be able to learn a lot off him,” Jones added.

The Panama team has opted to arrive in Port of Spain on Thursday and will have one session in the night at the match venue. Tickets for Friday’s game remain on sale at Lotto Locations across the nation priced at $350 (covered) and $200 (uncovered).

Molino and Jones look ahead to Panama

Monday's Session with the Men's Team ahead of Panama clash