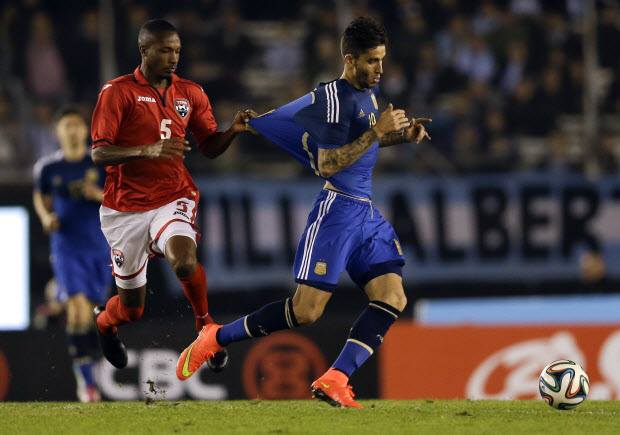 KEVAN GEORGE, Trinidad and Tobago football team defensive midfielder, has made it clear that a win against Panama on Friday is imperative for the national team to get their 2018 FIFA World Cup CONCACAF Zone Final Round qualifying campaign back on track.

Trinidad and Tobago were beaten 2-0 at home to Costa Rica on November 11 and 3-1 away to Honduras four days later, results which saw the removal of then coach Stephen Hart.

Now, with former national defender Dennis Lawrence at the helm, George is insisting that the Trinidad and Tobago team have no choice but to adopt a single-minded approach for Friday’s game, which is scheduled for the Hasely Crawford Stadium, Mucurapo.

George, in an interview with TTFA Media, said, “Right now it’s not an option. We have to come together as a unit and get a result on Friday. It’s a mandatory battle for us on Friday.” George, who plays for Jacksonville Armada FC in the North American Soccer League, continued, “I am very excited about the whole experience.

I am honoured to be in the programme again.” Trinidad and Tobago will oppose Mexico in another World Cup qualifier, at the Hasely Crawford Stadium, next Tuesday but George stressed that the Panama game is uppermost on their minds. “We are all competitors but we have to learn how to separate things and create a balance.

Okay, we need to think about the performance and with a good performance there is a greater probability of us winning the game,” George stated.

Bateau (who is suspended for Friday’s game due to accumulated yellow cards) and Garcia will arrive in Trinidad today.

Also at last evening’s session was assistant coach Stern John, who returned from bereavement leave after the death of his daughter Nikela on March 9.

Midfielder Khaleem Hyland, speaking minutes before the start of last evening’s session, noted, “It’s always great and an honour to play for your country. We know the importance of these games. We want to focus on getting the job done in training and we’ll give 100 percent.”

The veteran of 68 international appearances is one of the few members of the squad to have played alongside coaches Lawrence and John and is keen on passing on his knowledge to the younger players in the squad.

Now, with the experienced duo involved in the technical side of things, Hyland acknowledged, “They are professional, willing to give everything for the country.

I learned a lot from playing with them and hopefully now I can gain more experience from Stern and Dennis.”