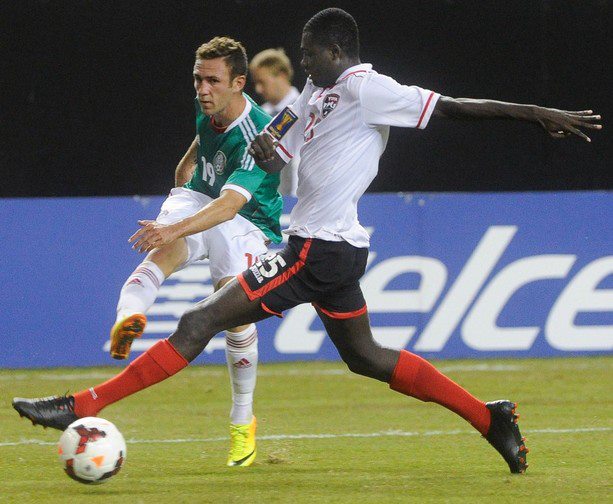 Trinidad and Tobago’s senior men will take to the Estadio Nacional on Monday night for their lone practice on the match surface ahead of Tuesday’s 2018 World Cup Qualifier against Costa Rica in San Jose.

The T&T team underwent one final training session at Prentup Field in Denver on Sunday morning before a heading off to the Denver Airport to catch its flight to Houston onwards to San Jose on Sunday evening.

Head Coach Dennis Lawrence opted to stay back in Denver following Thursday’s match against the United States due to the fact that he was familiar with the training facilities and felt it would be a more comfortable environment for the team.

Defender Aubrey David, who played last year with Costa Rican club Deportivo Saprissa, will be familiar with the conditions in San Jose and it is expected to be a hostile one as the hosts are desperate for a win after being held 0-0 in San Jose by Panama last Thursday and the fans are expected to be on the backs of the players. By last Tuesday, already 25,000 tickets were sold for Tuesday’s match and the Costa Rican Football Federation was expecting a sold out house by Gameday.

“Knowing the Costa Rican fans and how important football and the national team is to them, they will be out in their numbers to drive the team on Tuesday,” David told TTFA Media.

“The people are very, very passionate and they will be looking to spur the team on against us. But having played here and knowing what to expect, I don’t think our boys need to be intimidated as once we settle and we get the fans out of our minds and play the game, then we should be able to cope with things,” David said.

“We have players who have faced very hostile conditions in countries like Mexico, Honduras. Guatemala and El Salvador so it’s not going to be an eye opener on Tuesday. And the head coach is capable to preparing the players mentally for the challenge ahead. The most important thing will be for us to settle and not let the Costa Ricans get on top of us from early and hopefully we can stick together and grind it out,” David added.

T&T have never beaten Costa Rica in a World Cup qualifier and its best result in San Jose was a 1-1 draw in 1989. In twenty five meetings between both countries in all types of senior team matches, T&T have won three, drawn four and lost 18 with the most recent defeat being a 2-0 loss in March in Port of Spain. One of the memorable wins for T&T was a 2-1 win at the 2000 CONCACAF Gold Cup quarter finals courtesy of goals by Arnold Dwarika and the deceased Mickey Trotman. T&T have beaten Costa Rica only once in any form of World Cup qualification, that being a 2-0 win for the Under 17 Men’s team in World Cup qualifying final round in Panama in 2013.

Trinidad and Tobago’s Senior Men’s Team will arrive in San Jose, Costa Rica on Sunday evening ahead of Tuesday’s 2018 World Cup qualifying encounter against the Central Americans at the Estadio Nacional.

The T&T team remained in Denver, Colorado following Thursday’s 2-0 defeat to the United States to continue preparations before departing the US with head coach Dennis Lawrence overseeing three training sessions at the Colorado Rapids training pitch located near to Dick’s Sporting Goods Park.

With the US match out of the away, Lawrence has emphasised that the focus now must be on Costa Rica.

“The US match is gone, it’s out of the way and now we’ve got to look ahead to the next one which is Costa Rica. We have got to pick up and go again,” Lawrence said.

Veteran Carlos Edwards said it was a situation now where “We’ve got to roll our sleeves up and move onto the next one.

“It’s no sense dwelling on the game with the US,” Edwards told TTFA Media.

“We missed out on a chance to secure at least a point.Obviously after a day we’ve reflected and the coach has gone over the clips for us, showing us the positive side of things and to be honest, we did have some very good moments in the game where we showed good shape and organisation. But the two goals came at crucial moments where we slipped up. What we’ll do now is try to react as best as possible, work on some of the areas and just focus on what is ahead which is Costa Rica on Tuesday,” Edwards added.

Goalkeeper Jan Michael Williams, meantime, completed a new one-year transfer to Honduras top flight club Juticalpa FC on Friday. Williams, who made a recent switch to North East Stars from Central FC, is expected to fly out to Honduras later this month for preseason training. Williams produced a solid showing between the sticks on Thursday night against the Americans, saying he was now focusing on Costa Rica.

“I think the team has shown since Dennis Lawrence and the rest of the staff came on board, the ability to adapt and learn quickly and grow under him. We have only had Dennis for two months but we want to push all the excuses aside and we really need to buckle down and get some more points on the board,” Williams said.

“The camp is a bit quiet now because obviously we are very disappointed with the result against the US but we’ve had a couple training sessions since the match and the focus is coming back and we have to push on from here.

“We just have to go in and do exactly what the coaching staff is asking us to do. We need to be confident, eliminate our errors and get on with the task at hand in Costa Rica,” Williams said.

Regarding the new deal, he added: “Finally I think I have been trying for some time to go back outside and play at a higher level. The call came from Honduras and I’ve already signed the contract so it’s just about getting out there and starting preseason with the club. I am looking forward to it and it’s a good opportunity for me to continue my career outside and continuing to grow. The deal has been on the table for a while now and they made the offer a couple weeks ago,” Willliams added.