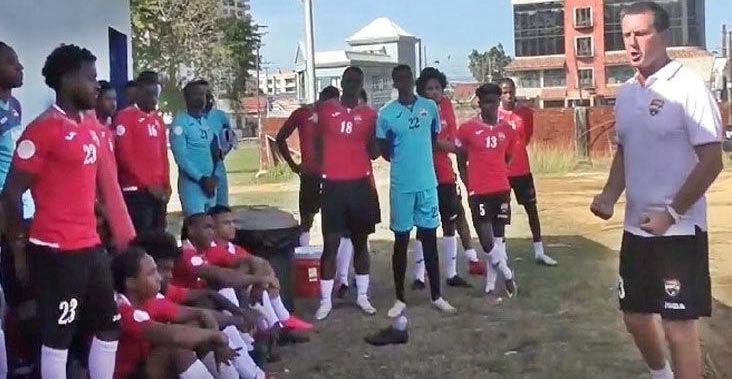 A CAMP in Florida is being planned by Terry Fenwick to give the T&T men’s senior national head coach the opportunity to have a closer look at the US-based T&T players and allow those players to gel with the local-based players.

The countdown is on for the national footballers as the Concacaf World Cup qualifiers are less than three months away.

T&T will start its World Cup qualifying campaign on March 25 against Guyana in Group F.

T&T are currently the highest-ranked team in the group at 105th in the world. St Kitts and Nevis are ranked 139th, Guyana 166th, Puerto Rico 178th and Bahamas 195th.

T&T have been short of preparation leading into the qualifiers as in 2020 the national team did not play any competitive matches because of covid19 and the grappling between FIFA and the United TT Football Association (TTFA). The dispute led to FIFA banning TTFA for two months from September to November. Club football was also at a standstill in T&T during 2020 which kept the players inactive.

“I am hoping to put a camp together in Miami…whereby we can bring in all of the North American players that are available for us for World Cup (qualifiers),” Fenwick told Newsday during a national team training session at the St James Police Barracks, on Sunday.

Fenwick said the camp will help the US-based players and local-based players form a cohesive unit. “We can bring them in. We could bring the best kids that we got available on the ground in T&T, so we merge them together. That will be the start of me putting my squad together for World Cup (qualifiers).”

The camp is expected to last between ten days and two weeks before the qualifiers begin.

Fenwick said most of his squad for the upcoming matches will be foreign-based players because they are match fit.

“There is no doubt that most of my squad, if not all, will be from US, UK generally. Players that are playing in leagues that are competing (and) that are match fit. We have identified a host of new players that when they hit the ground here in Trinidad it will be a shock to most, but I rather leave that until they’re here so we don’t disappoint.”

Fenwick said he will not be able to travel to England to meet T&T footballers based there because the country is under a covid19 lockdown.

“That might be difficult, but I have already identified as many as eight or nine players that I have identified in the UK that are playing at a very good level.”

Fenwick said the UK-based players should be available for the World Cup qualifiers because those matches are played in a FIFA window which allows the players to leave their respective clubs to represent their country.

After Fenwick sees the UK-based players in person he will have to make a quick decision to determine what players fit the team goal.

“When we get them for the World Cup playoff games that will be in FIFA windows so that will be for a week, ten days maximum.

“They are coming in and the first time I see them will be right before the World Cup qualifiers, so I then got to make quick and decisive decisions on my team.”