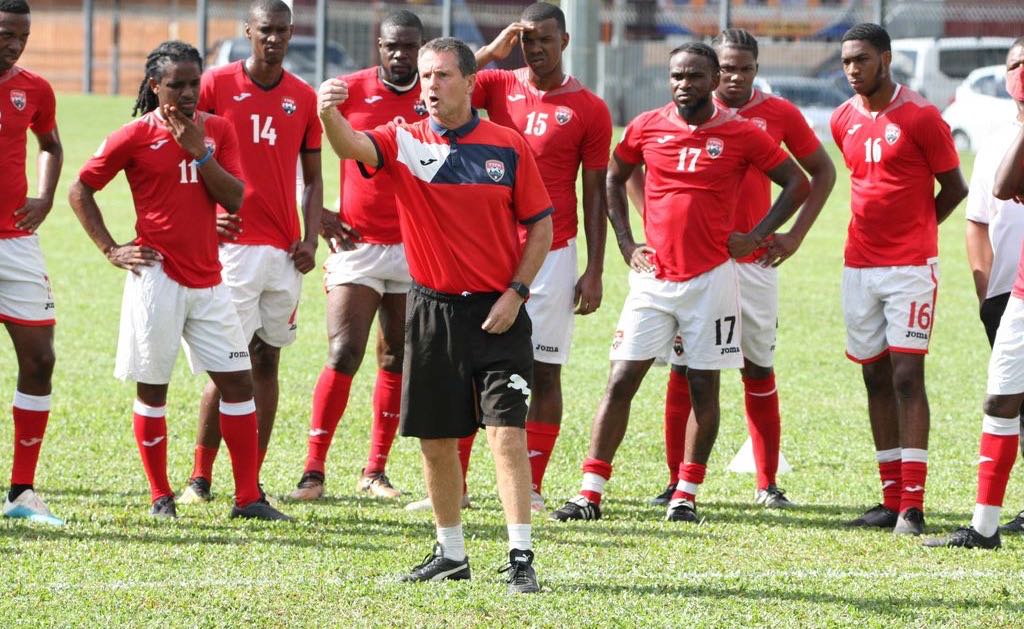 The game will be the first of a few being organised by national coach Terry Fenwick ahead of the FIFA World Cup Qualifiers in March. With March 25th already set for the team's opening encounter with regional rivals Guyana, Fenwick has also been attempting to secure a camp in Florida, in the United States soon, as well as other friendly matches against Dominica, Grenada, and St Vincent and the Grenadines.

At a training session at the Long Circular Road facility on Wednesday, Fenwick made it clear he will not be making any player comfortable in his set-up, despite it not having any form of football taking place in the country at this point in time.

It has been Fenwick's major point of concern, which has forced him to identify some 25 players abroad, who will make up the core of his team at the qualifiers.

He told Guardian Media Sports on Wednesday that, "We have done work throughout 2020, we have now identified 25 players overseas, 12 from the UK and we've got another 13 in the United States that are excellent players that are playing in good Leagues, they are involved in competitive games on a regular basis. These will be the guys I will have to tap in to for the World Cup Qualifiers because they are playing competitive football."

The early start to Fenwick's preparation has been focused on work done last year or on more recapping of work done in 2020. Still, the Englishman who has had a successful record at T&T Pro League outfits San Juan Jabloteh and Central FC, is anything but a happy man, saying he needs the FIFA-appointed Normalisation Committee to step up the pace and work quicker, to get their programme in train.

Currently, the national team training has been the only form of football for the players in his squad, but to help these players Fenwick has been reaching out to our regional neighbours for help.

He said, "We have got no football on the ground in Trinidad and Tobago as we speak and there is no sign of it until after March. So these guys, the local guys on the ground in Trinidad and Tobago, not playing any competitive football unless they are in the national set-up with me. We are doing regional games, I am asking people from the different regions who I trust and who I recognize if they would bring out their best youngsters between 16 and 21 to play against us."