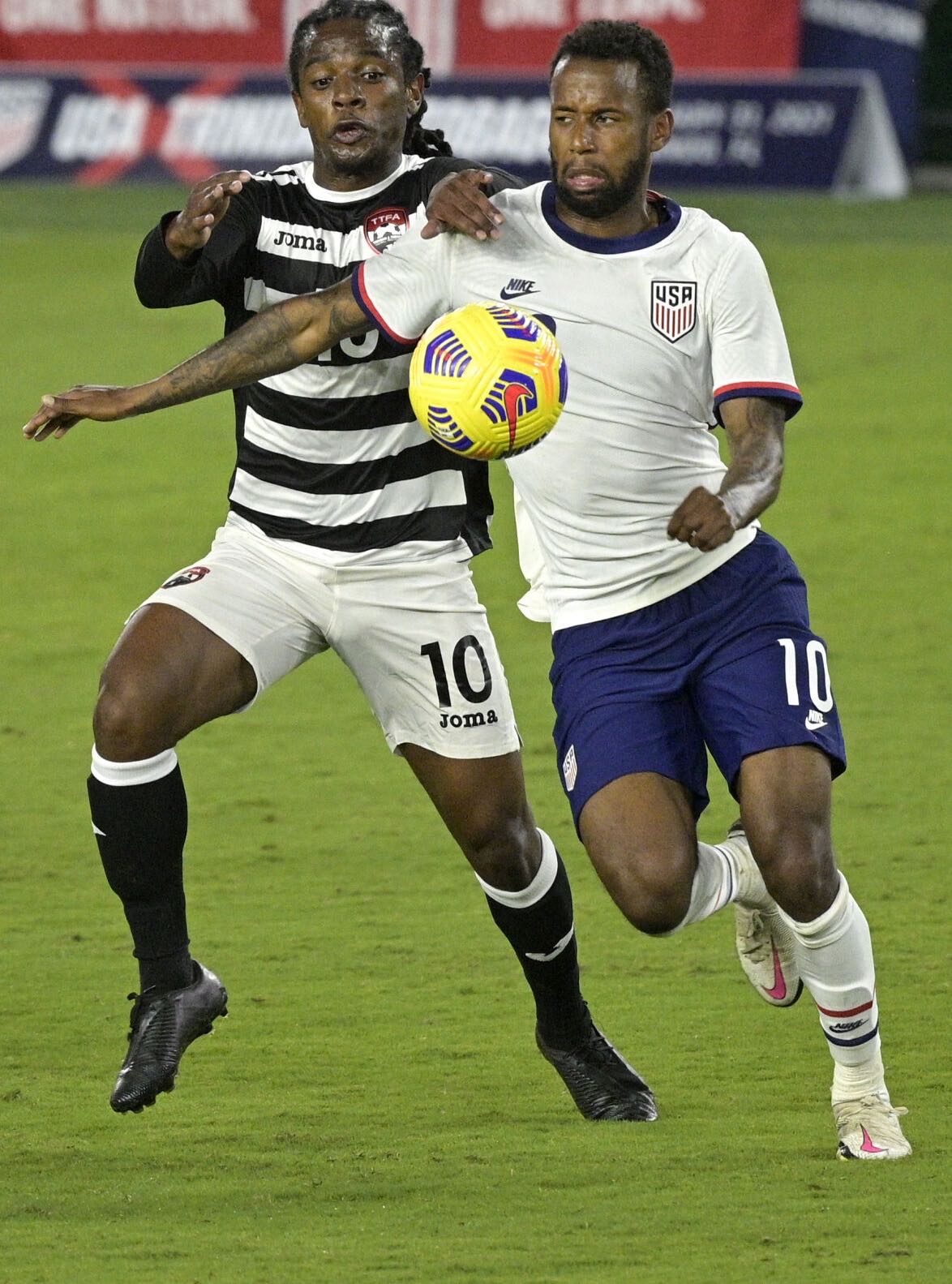 Players on the country’s senior national football team will finally receive match fees for the USA match, this week.

Team captain Khaleem Hyland revealed this yesterday, almost two months after the January 31 encounter in which the T&T team was demolished 0-7 by the USA in an international friendly clash in Orlando, Florida in the United States.

Hyland, a defensive midfielder who expected to join the T&T team in the Dominican Republic from his Saudi Arabian club Al-Batin Football Club, said he did not want to reveal the amount agreed upon for the players, only saying it was a decent amount.

Hyland is among a players’ committee which has been negotiating for the rights and privileges of the players on the team. Guardian Media Sports were reliably informed that the amount for the US match ranges from US$500 to US$1,000, dependant on seniority.

That amount is expected to be increased exponentially for the World Cup Qualifying campaign which starts on March 25 with the opening match against Guyana in the Dominican Republic.

Guardian Media Sports was told that after the US match, the players requested an increased in their match-fees from US$1,000 to US$4,000, which troubled the FIFA-appointed Normalisation Committee and his chairman Robert Hadad.

Yesterday, however, Hyland confirmed that an agreement was reached between the parties but he was not at liberty to speak on it.

The T&T players went into camp yesterday, a day after they edged T&T Pro League campaigners Defence Force 1-0 in a warm-up match at the Hasely Crawford Stadium in Mucurapo, Port-of-Spain. The lone item came off the boot of Reon Moore in the 80th minute.

The players and staff will spend a two-day quarantine period before they wing-out tomorrow (on Thursday) for the game venue in the Dominican Republic on a chartered flight.

Hyland called for total support for his team, in a move to repair the nation from the hurt, negativity and pain caused by the spate of crime in recent times.

“I want the public to believe. It’s not only the players here but an entire country. Each one help one. With the current crime situation in the country, we need to do something positive by winning this game, and give people some hope,” Hyland said.

Despite the recent concern of tension in the team, the midfielder said he is confident that they can pull off a win.

“It will not be an easy match but I feel we have a good chance, as we will do all and everything that we have to do, to get the right result.”

The Soca Warriors are in Group F alongside Guyana, Puerto Rico, Cayman Islands and St Kitts/Nevis. Only the top team will progress from the group at the play-off.

Hyland also called for more to be done by the powers that be, to ensure that the team gets to play at home for its next home match of the Qualifiers, saying while the Dominican Republic will be the venue for their coming home game, it is not their home and every team will be hoping to capitalise on their home-game advantage for the Qualifiers as every point is important.