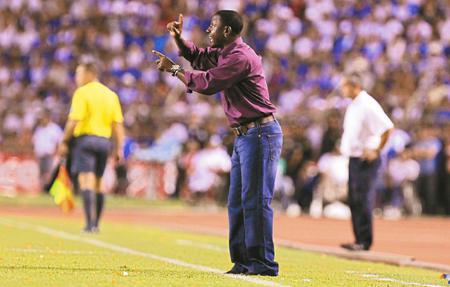 Martinique's 1-1 draw with Grenada in the second Group H match on Friday was the best result possible for Trinidad and Tobago but it will not take away from the fact that the "Soca Warriors" began their 2010 Digicel Caribbean Cup Finals campaign on a losing note and head coach Russell Latapy was in no mood to accept that.

Speaking after the 2-0 loss to Cuba, Latapy emphasized the fact that mistakes which cost T&T the match were unacceptable.

"I would think that there would be factors which would have some bearing on the way we played tonight (not playing a warm up international prior to the tournament)  but again in all honesty, the mistakes we made tonight were basic ones and if you want to be playing and winning on the international level, then it's unacceptable," Latapy told TTFF Media.

T&T must now defeat Grenada on Sunday and then also go for an outright win against Martinique to be comfortably sure of a place in the semi-finals and the Concacaf Gold Cup.

"The reality is that we came to Martinique with aspirations of winning this tournament and we're certainly going to continue with that ambition but when you look at the way we played back home a couple weeks ago and the way we played tonight.. we didn't play anywhere close to the previous three games.

And that is the problem of performing at one standard and then a couple weeks later playing at a completely different level and maybe that would have to do with a bit of the youth and inexperience we have on the team but at the same time I think we have to overcome that sort of thing," Latapy added.

"We are trying to achieve a level of consistency and that is a work in progress and hopefully we can go ahead doing that in the next two games and then for the remainder of the tournament. It's not the right result to start with but all is not lost and we still have our eyes on the bigger picture," Latapy added.

LA Galaxy defender Yohance Marsall has been ruled out of the remaining Group stage matches after suffering a hamstring strain in the first half. T&T will train once on Saturday before heading into Sunday's encounter with Grenada from 4pm.