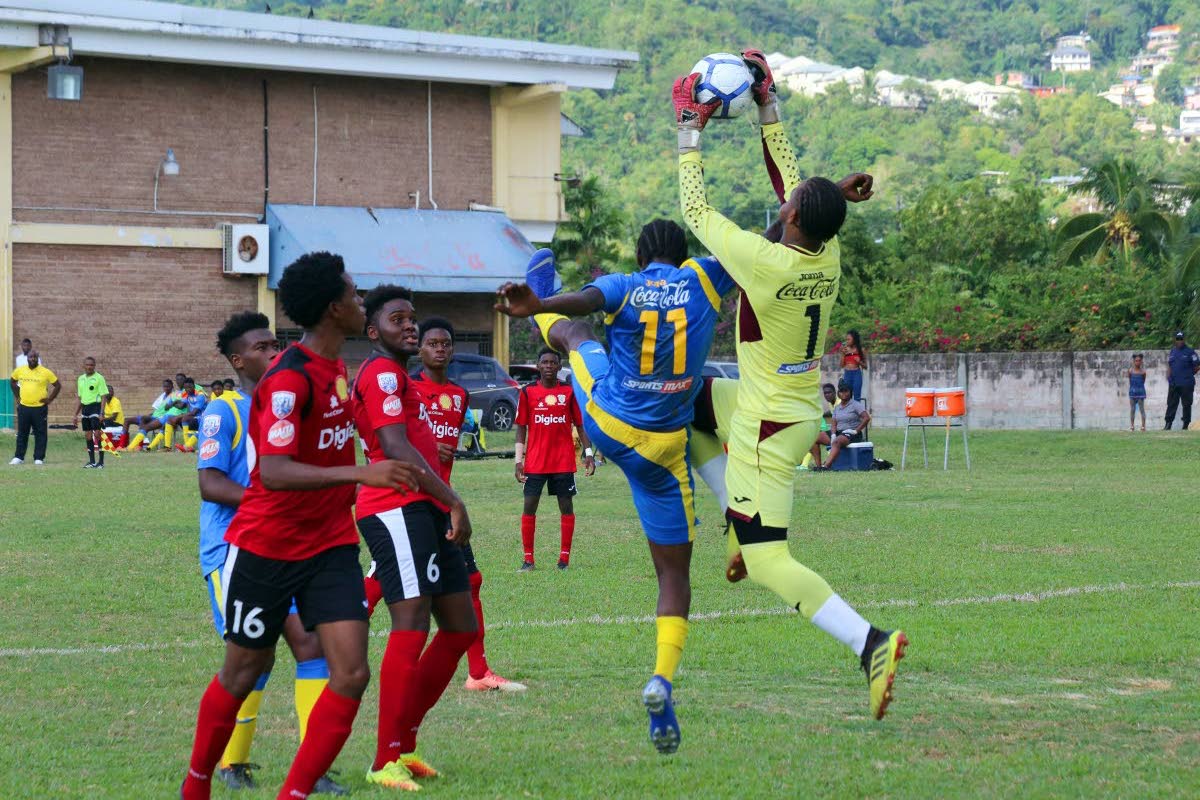 East Mucurapo, coming off a 6-0 victory over Queen’s Royal College (QRC) in round one, drew 2-2 with Naparima, at the Fatima College Ground, in Mucurapo. Zion McLeod gave East Mucurapo the lead in the 19th minute and almost immediately Jaheim Patrick doubled his team’s advantage in the 20th minute.

Naparima did not take long to respond as Ezekiel Kesar cut Mucurapo’s lead in half in the 26th minute, before Isa Bramble equalised in the 30th minute. The goals dried up in the second half as both teams failed to find the back of the net.

Carapichaima East defeated Presentation College San Fernando 2-1. Malik Robinson gave Carapichaima the lead in the 41st minute, an advantage they held onto until half-time. Carapichaima’s team talk seemed to inspire the players, as Resean Britto made it 2-0 for the home team in the 49th minute. The Central team seemed to be heading for a 2-0 win, but Jaiye Sheppard made the Carapichaima fans a bit tense with an 87th minute free kick, but the Caps players held their nerves to prevail with the 2-1 victory.

In other matches, QRC bounced back after its tough 6-0 loss in round one against East Mucurapo to defeat Pleasantville Secondary 4-2 in Pleasantville. St Benedict’s College made the journey to Port of Spain and got past St Mary’s College 4-2 at the latter’s school ground in St Clair.

St Anthony’s College were relentless against Speyside Secondary getting past the Tobago boys 7-1. In other results, Malick Secondary are the only team to have a perfect record after a 2-1 victory over Trinity College Moka and Trinity College East battled to a 2-2 draw with St Augustine Secondary. San Juan North Secondary were on a bye.

Round three will be played on Wednesday at 3.30 pm.