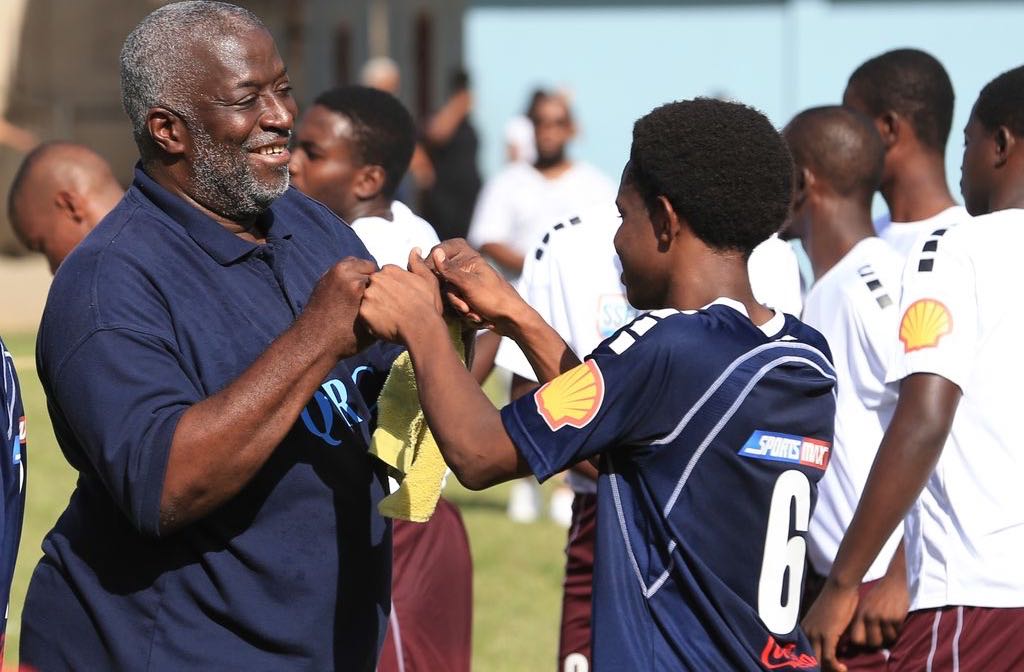 The legacy of coach Nigel "Grovey" Grosvenor left a lasting impression on many people in the Secondary Schools Football League (SSFL) community and beyond.

At the SSFL 50th Anniversary Ceremony in 2016, Grosvenor was recognised for his accomplishments and service in the League which ended with him winning six National Intercol and Three National League titles as head coach of St Anthony’s College. He later went to coach Queen’s Royal College.

On Monday, the SSFL in a statement said: "We all witnessed the deep passion he had toward the sport and the great love he had for his players, shine through in everything he did.

As we got to know him better it became abundantly clear that he did not do it to make a name for himself (which happened anyway) or to win championships (which his teams did anyway). Instead, he wanted to shape young individuals to act as leaders.

Grosvenor had the gift of understanding the teenage spirit. And therein laid his secret to success. He had high expectations of his teams and he pushed his players to realise their dreams.

We thank him for sacrificing his time at the dinner table with his family in an effort to attend practice and matches with his teams.

The SSFL will always remember you, Nigel Grosvenor. May your soul rest in eternal peace.

The football fraternity was plunged into mourning on Friday following the passing of the former national youth coach."

The 63-year-old, who dedicated his life to football, was battling cancer for several years before he admitted to the Couva hospital in July when he contracted the deadly coronavirus (COVID-19).

Grosvenor was a household name in T&T football particularly in the Secondary Schools Football League (SSFL) where he won five Coca Cola National InterCol titles and two League titles with St Anthony's College, better known as the "Westmooring Tigers". He also won countless North Zone titles. However, Grosvenor will be remembered for his dedication to producing allround individuals through football.

Meanwhile, the funeral will be held at St Peter’s RC church, School Street, Carenage tomorrow at noon. It will be streamed on YouTube the link will be forwarded when available. Cremation at 2:00 in St James.