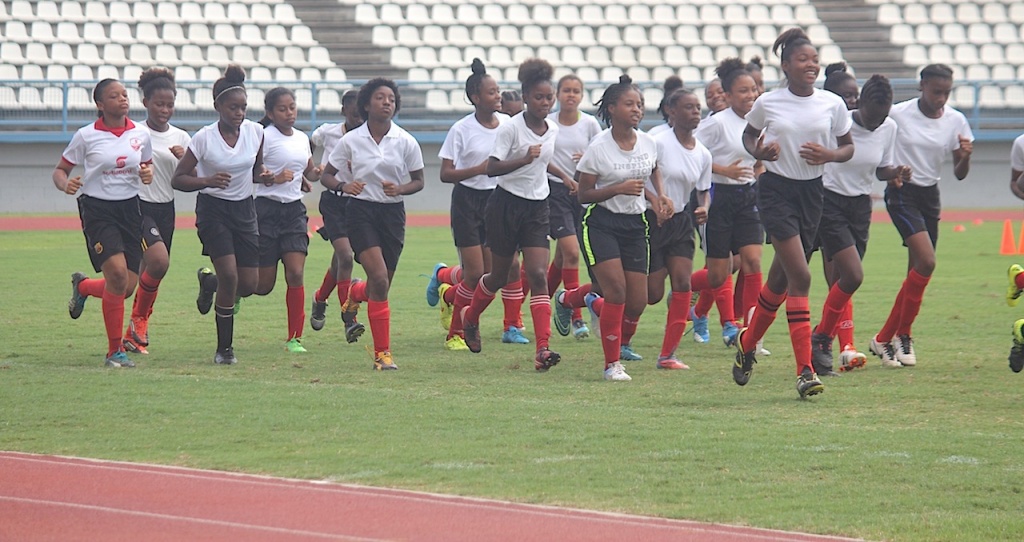 National Under 15 Women’s Team head coach Marlon Charles has described the upcoming CONCACAF U-15 Championship in Disney,Orlando as the perfect opportunity for local players to deepen their love for the sport.

Charles was speaking recently as he commenced preparations of the National Under 15 team at the Larry Gomes Stadium. He is overseeing preparations of the team alongside assistant coaches Joanne Daniel, Desiree Sarjeant, trainer Gilbert Bateau, goalkeeper coach Glennon Foncette and manager Ricarda Nelson.

The 2016 CONCACAF Under-15 Girls’ Championship is scheduled to take place from August 9-21 in Orlando, Florida at Disney’s Wide World of Sports.

A total of 26 national teams are expected to participate in the tournament.

“This tournament will give the players an early opportunity to see the different situations in the game, how it is played differently and also to experience a different culture. IT will be the first time some of these ladies will be leaving the country and it is all part of the education of our players when it comes to playing on the international stage,” Charles told TTFA Media.

“CONCACAF being able to stage this tournament and the fact that the TTFA is able to send a team in this age group to a major tournament augers well for the development of the new generation of women footballers in the country,” he added.

Commenting on the ongoing preparations, Charles added: “The early part of preparations has been focused on fitness. The tournament is in August so we were sacrificing a bit in the early stages on their physical preparation. We are also looking to get them to enjoy the game.

“The screening process was quite exciting. More girls are interested in playing football and actually playing football now. When you look at the numbers being 45 players in the early selection, this says a lot for the women’s game here. We want these girls to come out and enjoy this beautiful game. We will be encouraging a lot from that aspect. It is important to have them playing, enjoying and learning the game on a regular basis and this training program will allow us to have a start towards achieving this,” Charles stated.

Charles added that several of the current youth team players are aiming to emulate the likes of Kennya Cordner, Maylee Attin-Johnson, Ahkeela Mollon, Arin King and other senior team members who have paved the way for upcoming women players through their exploits for the National Senior Team and he pledged his commitment along with the rest of the TTFA appointed staff members to continue the drive towards developing women’s football in Trinidad and Tobago.