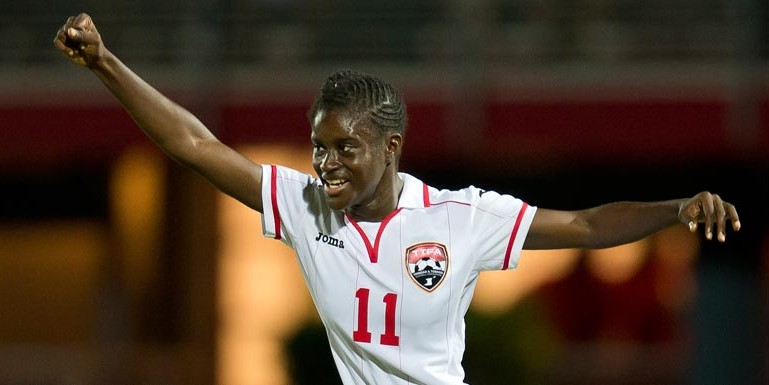 For the first time in six all-time attempts, Trinidad & Tobago advanced to the semifinals of a CONCACAF Women’s Under-20 Championship.

After defeating Honduras and the Cayman Islands to open Group B play, the Soca Princesses fell 3-0 to Mexico on Tuesday. Despite the setback, they finished as runner-up to the Mexicans, good enough for a spot in the final four.

Head coach Izler Browne was elated by the success of her team, which fell narrowly to Jamaica (1-0) in the final of the Caribbean championship last year.

The chore ahead, though, does not get any easier. A place in the tournament’s final and an automatic ticket to the FIFA U-20 Women’s World Cup will be on the line Friday, when Trinidad squares off against the United States. The Americans went a perfect 3-0-0, scoring 19 goals and conceding none, on their way to the top spot in Group A.

“The preparation to play against the US is basically, playing a lot more discipline, compact, possibly playing a bit deeper at times, so we keep them in front of as much as possible, as one of their strengths is getting behind teams,” Browne commented on a potential strategy for the match. “Our attacks might be counters at times or more of a buildup, or a combination, according to our game plan.”

Trinidad has impressed many observers with its robust play and overall balance.

“The team is more like a collective effort,” commented Browne. “We have a group that has sensational individuals that can make huge differences in the game, put them together and the results are tremendous for us.”

The tournament finalists will earn tickets to the 2014 FIFA U-20 Women’s World Cup in Canada, accompanied by the winner of the match for third place.